What is Mobile Native Advertising?

The primary difference in mobile native advertising lies within user behavior on these devices. Whereas desktop devices are often used at work or for professional purposes, mobile devices are more often used for personal activities, making them a unique place for native ads to reach users.

Like native advertising for desktop computers, mobile native ads blend seamlessly into the surrounding content. Native mobile advertising formats mimic the form and function of other mobile content. That solves a couple of major issues for advertisers and marketers.

The first is ad blindness. When you use display ads and banner ads, most of the time your audience won’t even notice them. Second, people don’t want to see intrusive ads. They don’t like them, and they don’t trust them. The latest native advertising statistics show that, in the US alone, 80% of adults use at least one method for blocking ads.

38 Case Studies From Brands That Have Succeeded With Taboola

So, how can you enjoy these benefits, and what’s the best way to promote native ads on mobile devices? The next section looks at some useful mobile native advertising examples to help you get started.

As you’ll see in other native advertising examples, mobile native ads typically consist of a headline and thumbnail image. They may also include a publisher attribution and a logo related to the platform they’re published on.

Native ads typically appear in search results, on social media, and on the open web, with publishers chosen from a range of native advertising networks. According to the Mobile Marketing Association (MMA), mobile native ads appear in a variety of formats.

In-feed social ads appear in social media users’ streams, blending in with user-generated content. They usually feature social proof, such as where any of the consumer’s friends or followers have liked the content. Here’s an example from LinkedIn: 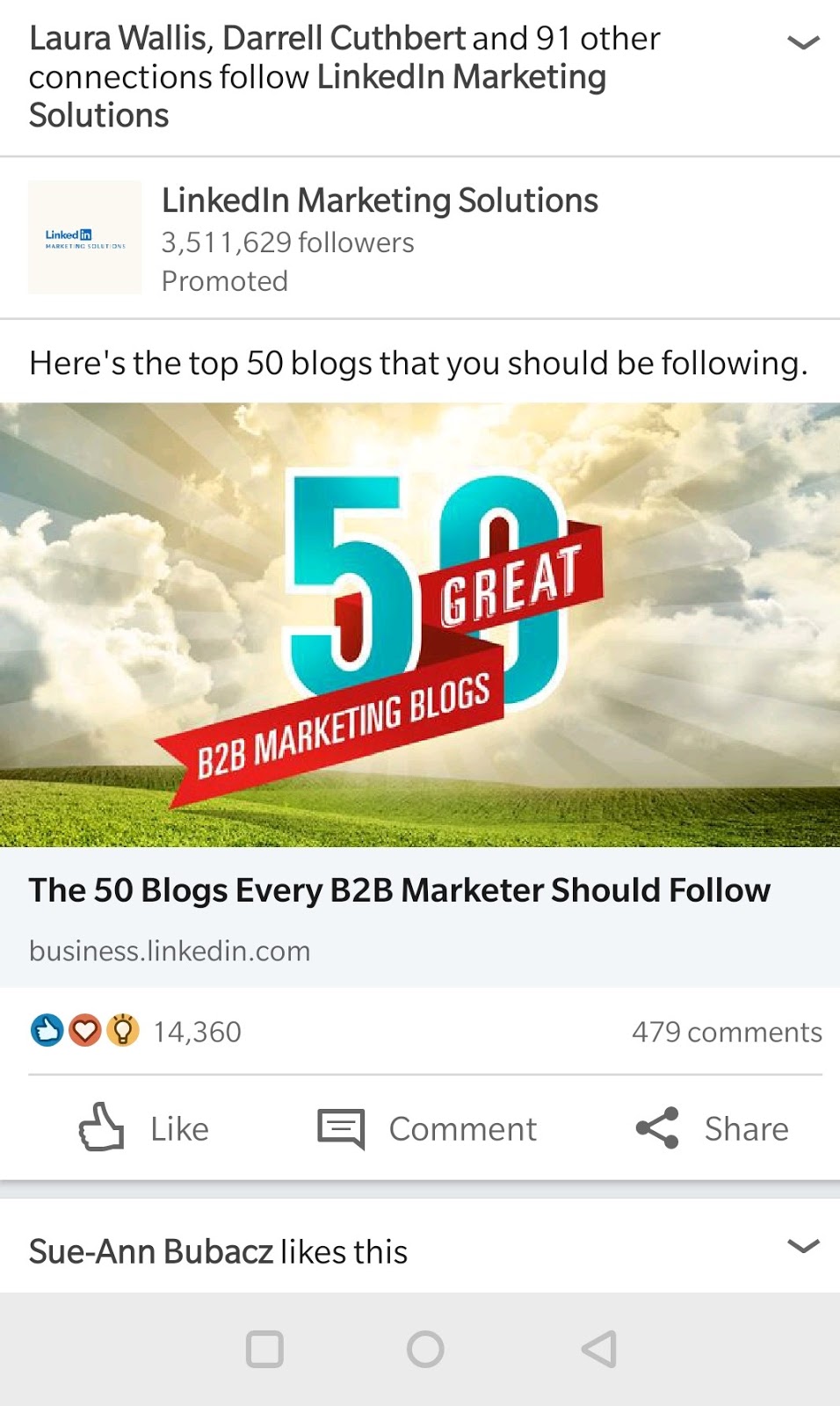 In-feed content mobile ads can appear in different forms, such as stories, music, games, and more. They match the site layout, and people interact with them in the same way as other editorial content. These mobile native ads often appear on news sites. In this example from Yahoo! Finance, an ad for the Motley Fool looks identical to the news stories around it. 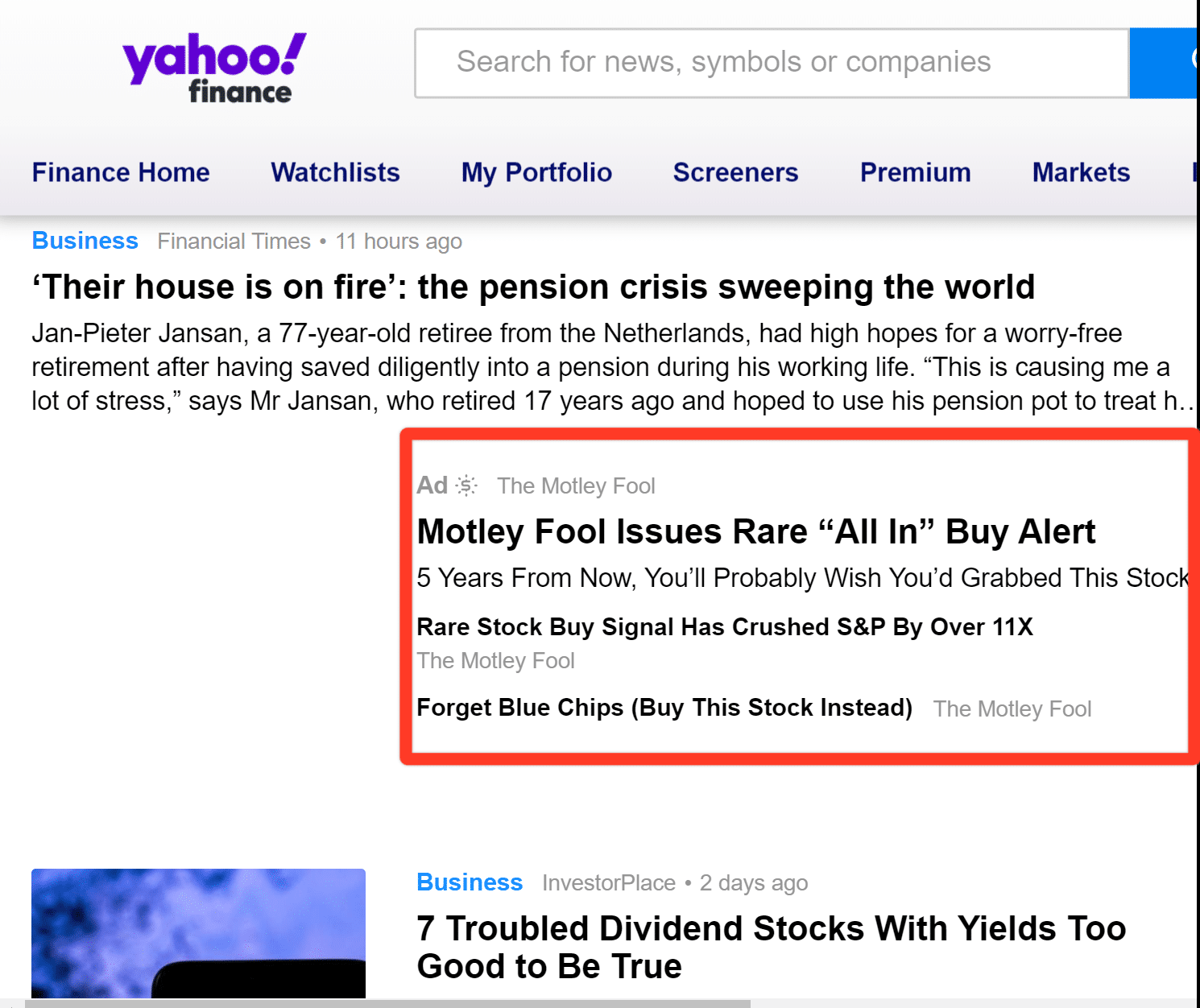 Native mobile ads for commerce generally appear as promoted products. They’re formatted and laid out like other products that appear organically, so they’ll include a product description, pricing, and customer reviews. You’ll see this type of mobile native advertising on e-commerce sites. Here’s an example from Etsy: 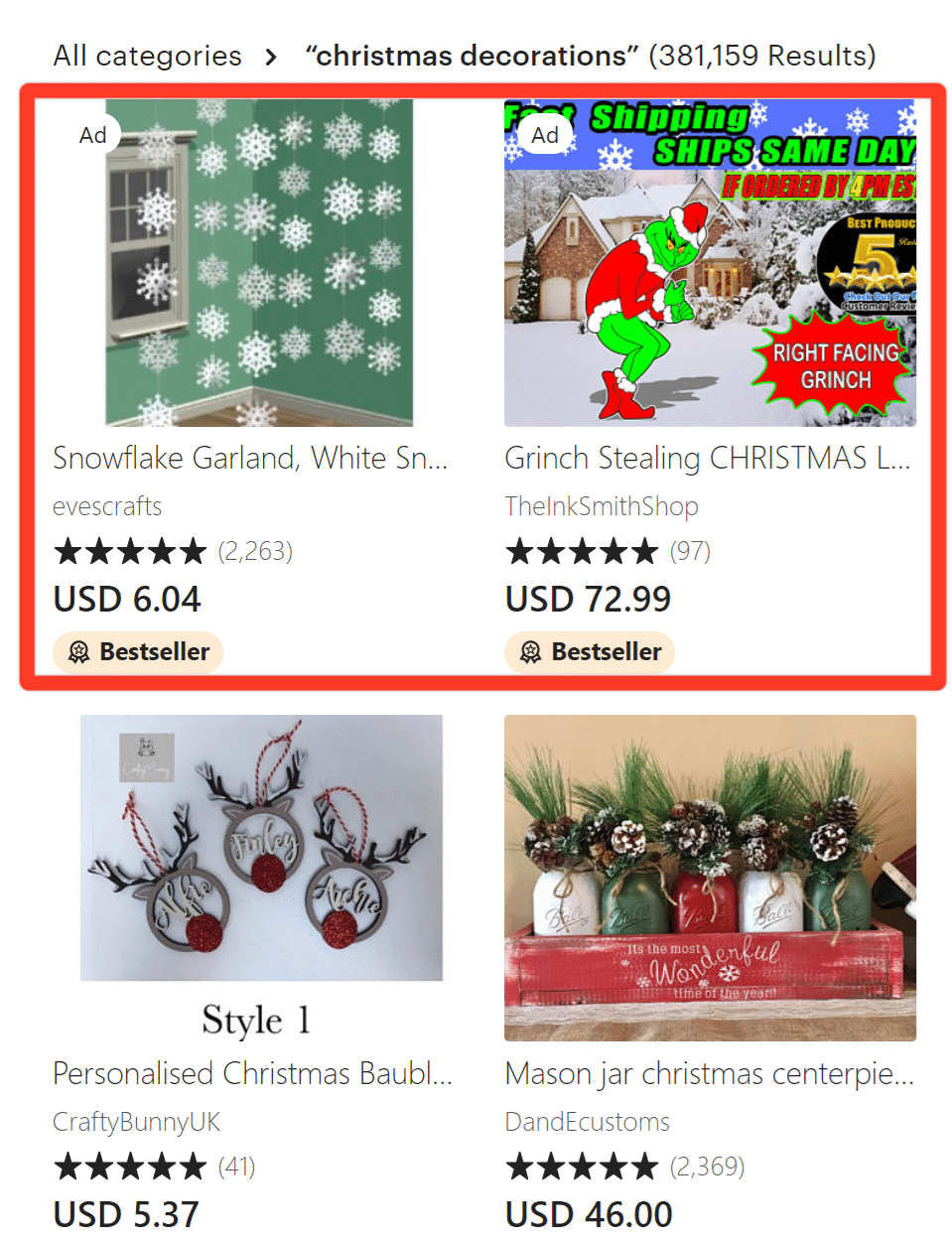 When a consumer searches a maps’ app, such as Google Maps, for a location, in-map ads provide more information on distance, opening hours, key amenities and more. This encourages people to visit and increases foot traffic to particular locations. For example, this Google Maps search for Chinese food in Manhattan shows a mobile native ad for one provider at the top of the results. 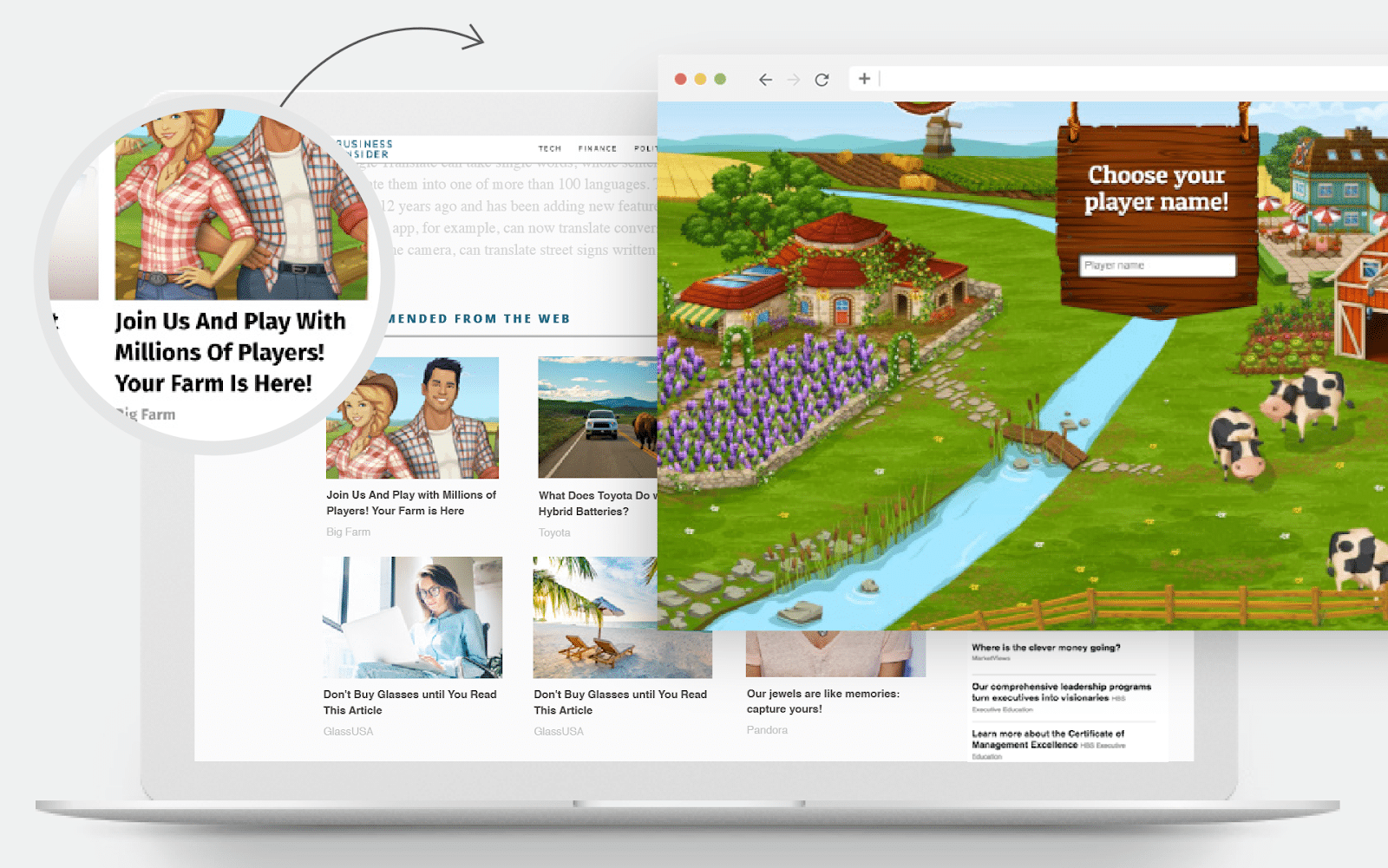 Paid search ads appear above and below organic search listings on search engine results pages. Google pioneered this format, which now appears on most search engines. Searchers interact with paid search results in the same way as organic results, so it’s easy for them to check out a map or call a location from this type of mobile native ad. 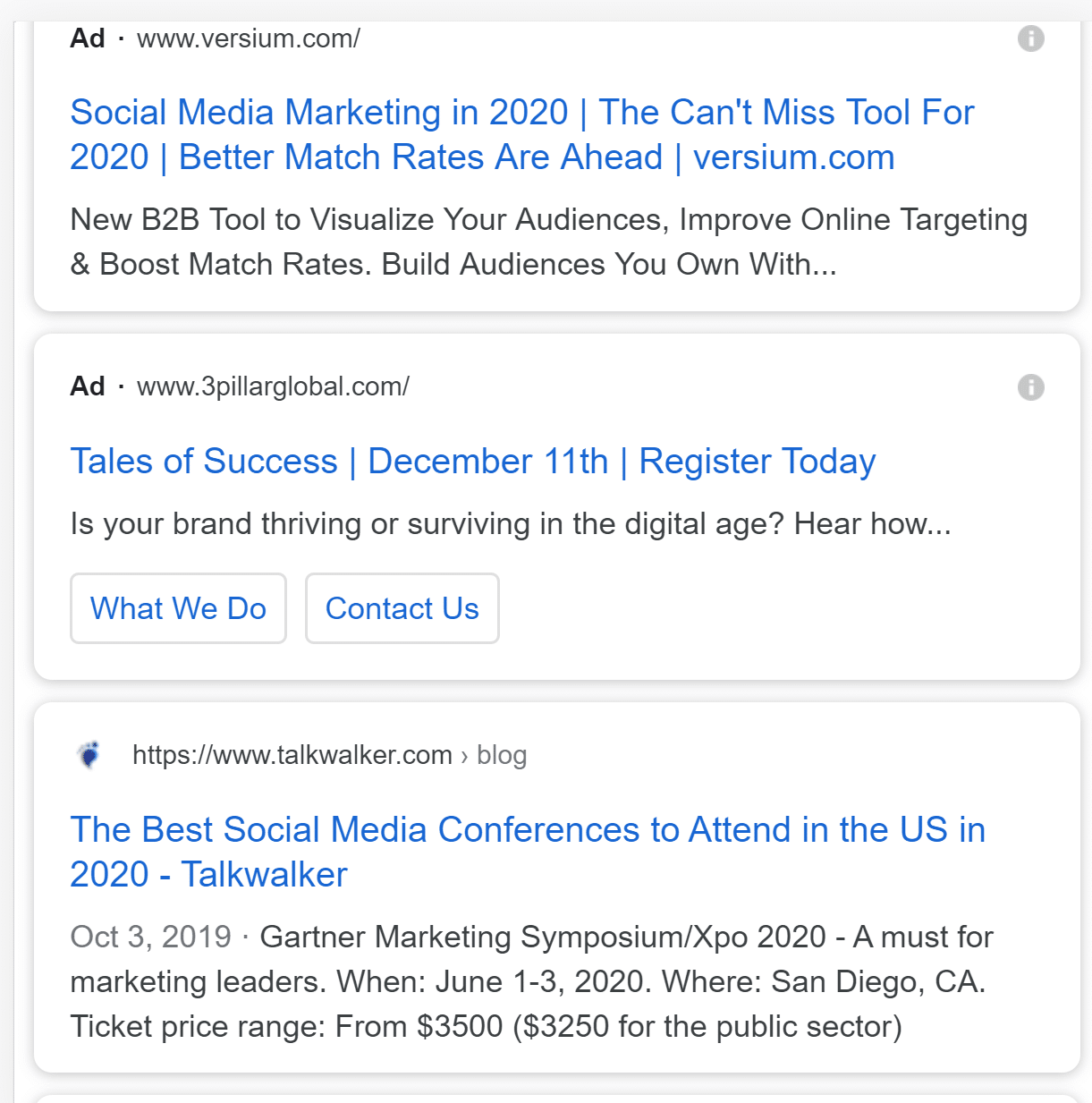 Recommendation widgets are a key part of content discovery. They allow consumers to see related sponsored content after reading an article or viewing content. Like other mobile native advertising formats, content discovery widgets match the form of the sites they’re on, and let users click through, as they would with other site content. SocioPal increased app downloads 30% by using Taboola recommendation widgets. 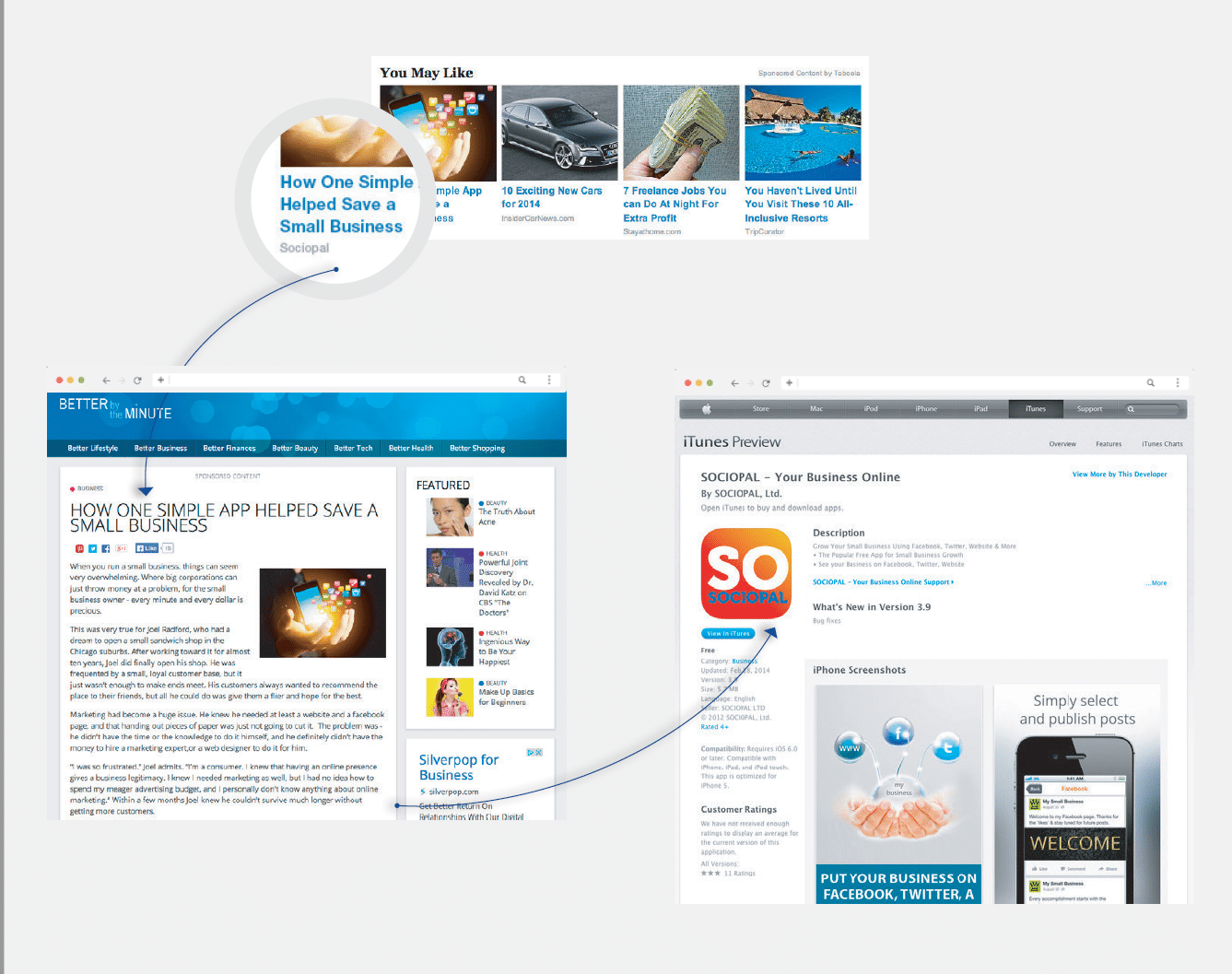 The MMA includes a final category of native mobile advertising. This is where brands build custom content, such as apps for Android & iOS, games, or videos, rather than integrating their ads into existing content on other platforms. A good example of this is Charmin’s Sit or Squat app, which helps consumers find restrooms near them. 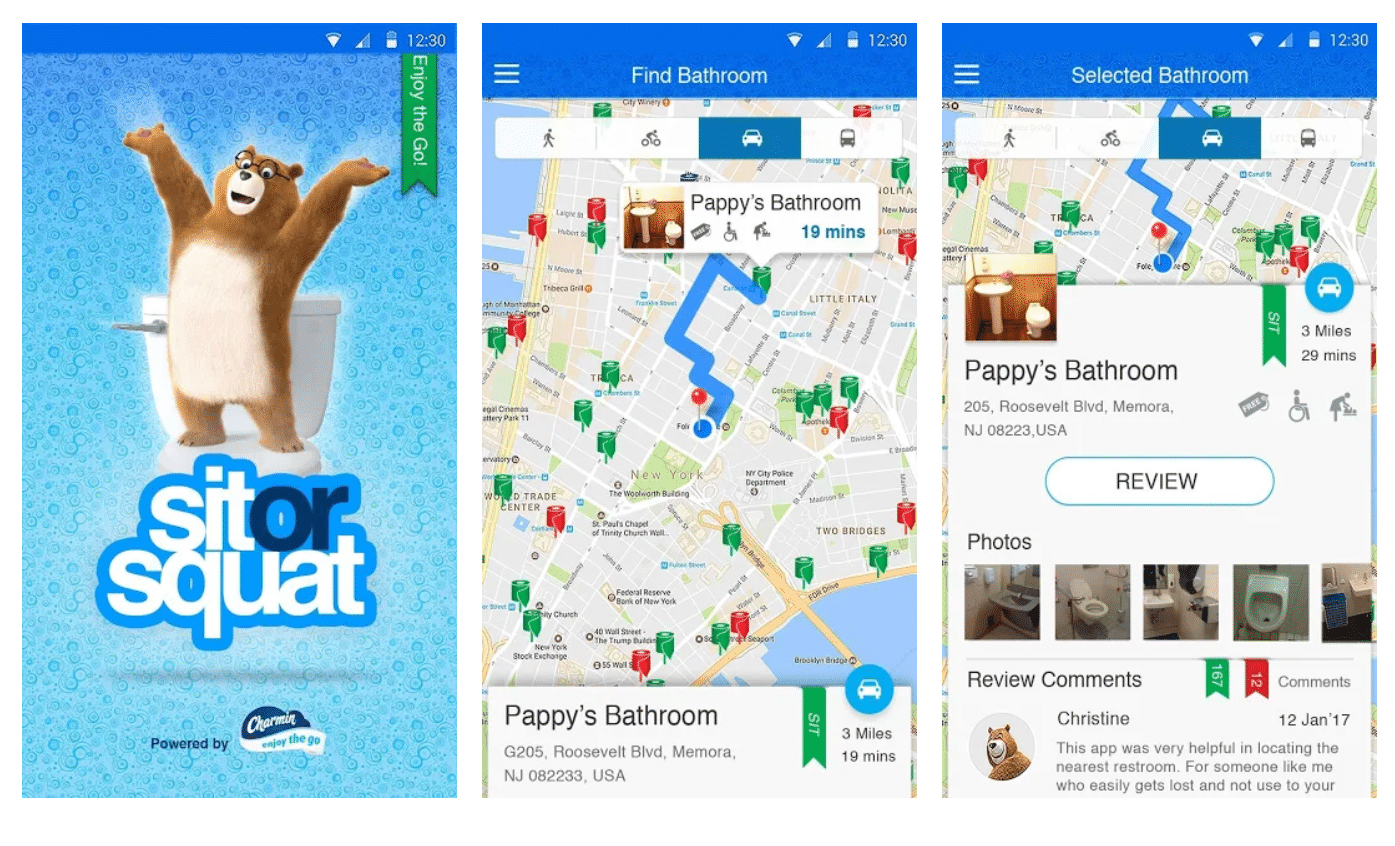 Now you know the key types of mobile native ads, and how you can use them to improve brand awareness, lead generation, content engagement, and even foot traffic. Over to you to get started with Taboola’s native advertising.