Now more than ever, audiences have a tough time trusting traditional ads.

Almost half of U.S. internet users say ads feel too invasive and they wish and they wish they were less interruptive and intrusive. It’s no wonder a growing number of people are using ad blockers to improve their online experiences.

So, how can brands reach their audiences in this competitive landscape?

That’s where native advertising comes in. Since native ads blend seamlessly into their surrounding content, they offer a more engaging and much-needed alternative to traditional advertising.

Just look at the latest statistics on native advertising. Over 80% of news consumers say seeing ads within news content increases or maintains brand trust. That’s part of why U.S. native digital display ad spend continues to increase. Meanwhile native is one of the top-performing video ad formats for U.S. brands and publishers, according to eMarketer.

The question now is: How do you build an effective native ad campaign?

Here are 17 successful native advertising examples to guide you.

Adidas, a leading global sportswear manufacturer, is a household name in Israel. To promote their new BOOST technology, Adidas and agency MediaCom turned to Taboola.

Taboola Creative Studio produced striking video content on behalf of Adidas, designed to educate and inform viewers about the BOOST technology and ultimately drive interest and purchases of BOOST footwear. 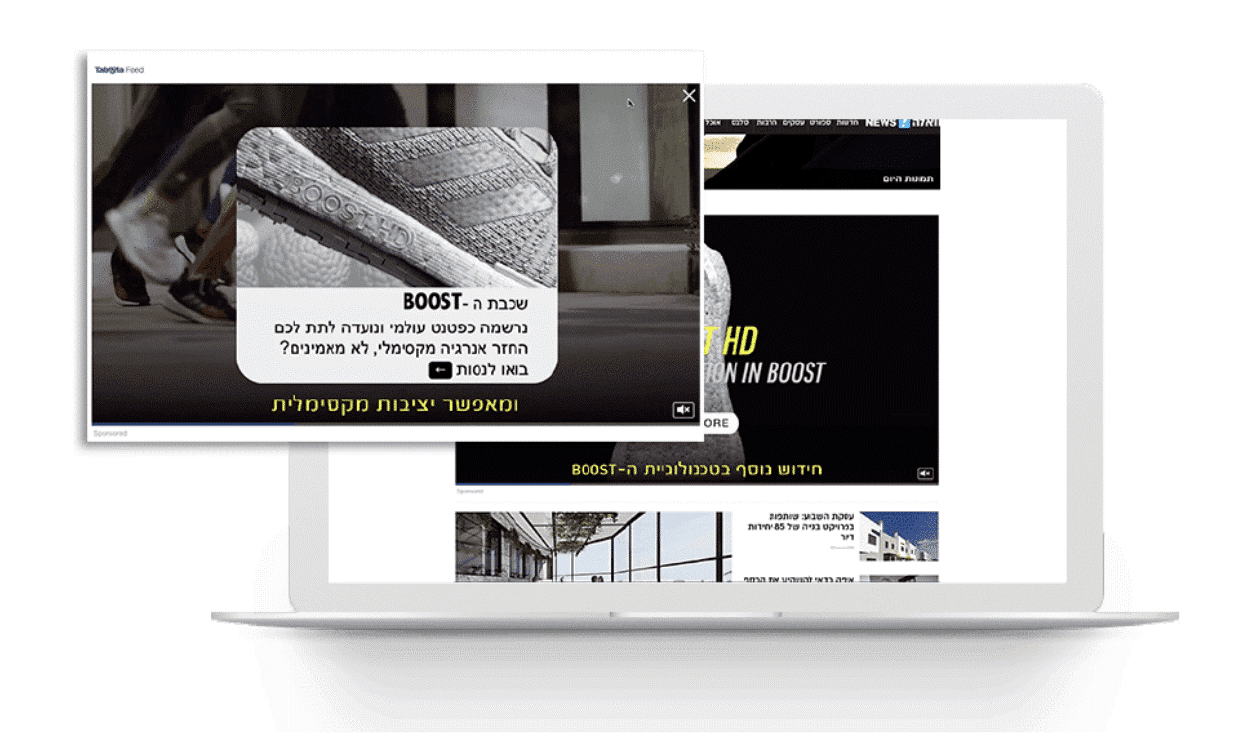 With Taboola, MediaCom was able to uplift CTR (click-through rate) by 50%, increase awareness, and drive sales. The product shown in the video became a best-seller. Read the full Adidas and MediaCom case study here. 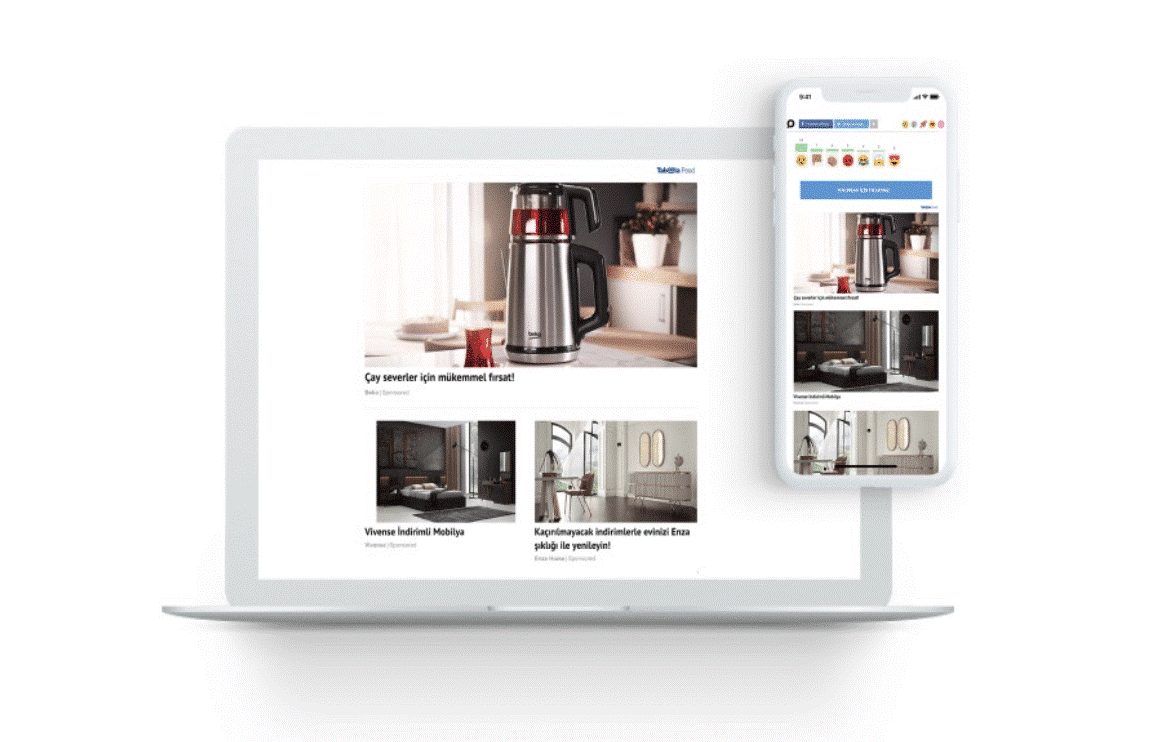 Velasca is a disruptor in the fashion industry, creating handcrafted, high-quality men’s footwear in Italy and selling to a global audience with a digital-first mindset.

To increase brand awareness among new customers, Velasca launched sponsored content with aboola’s Custom Audiences, targeting people who were most likely to convert. 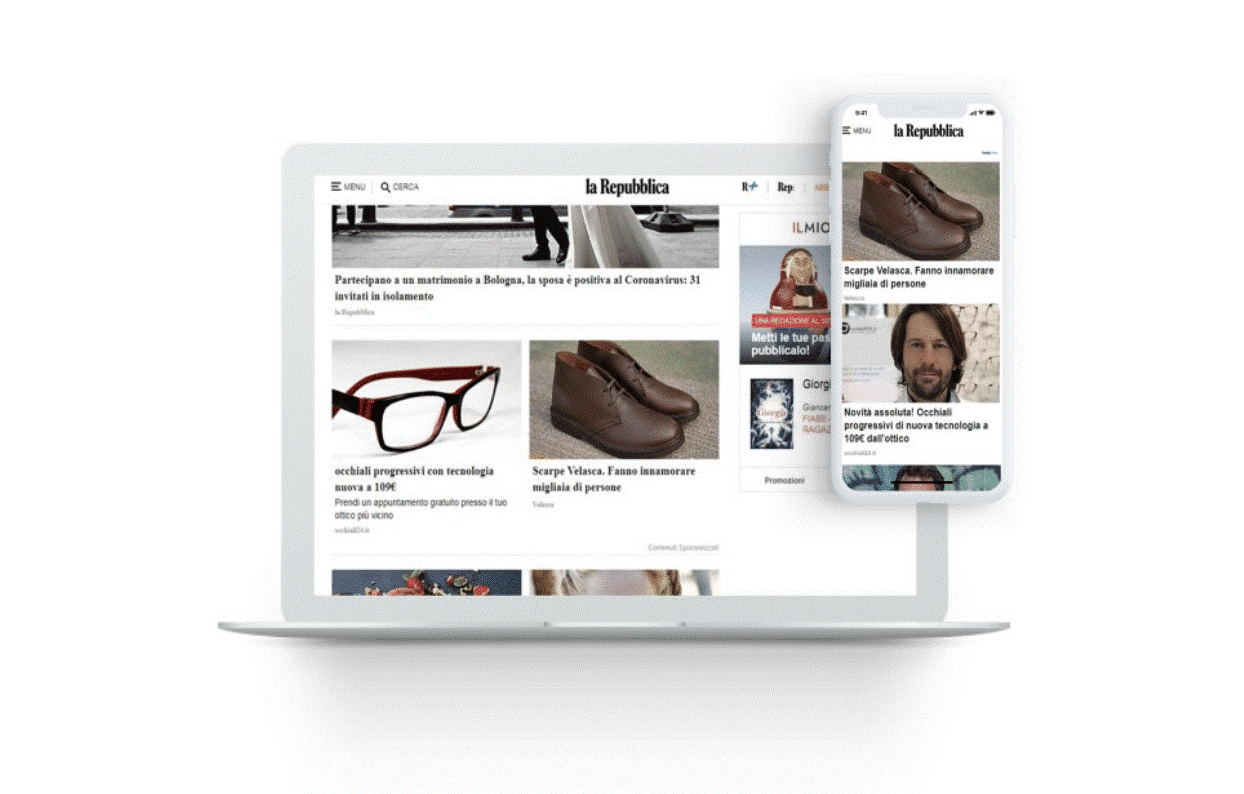 Throughout their native advertising campaign, Velasca saw a 15% decrease in CPA and a 25% increase in quality leads generated. Read the full Velasca case study here. 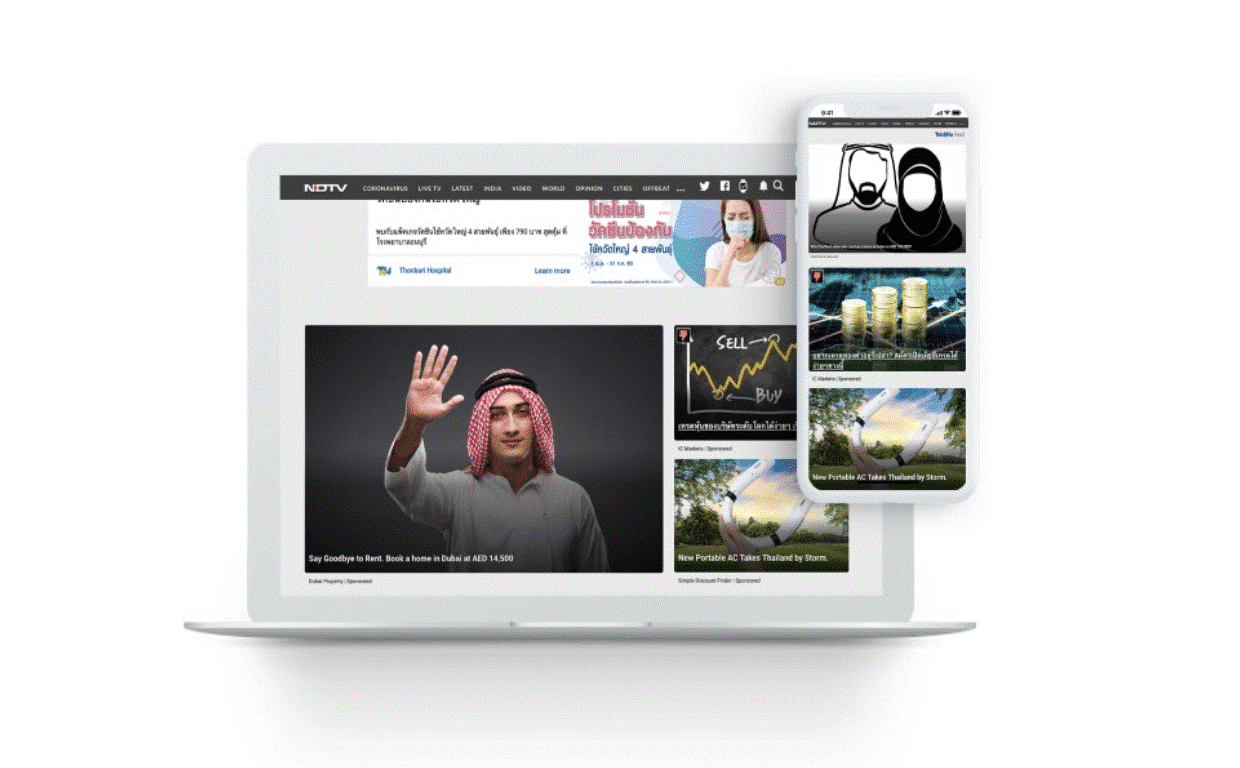 A part of the Vodafone Group—one of the world’s foremost telecommunication companies—Vodafone Turkey offers fixed, mobile, and content services, striving to be a pioneer in digitalization technologies. Vodafone Turkey serves 24.1 million mobile and over 1 million fixed broadband customers as well as enterprises. 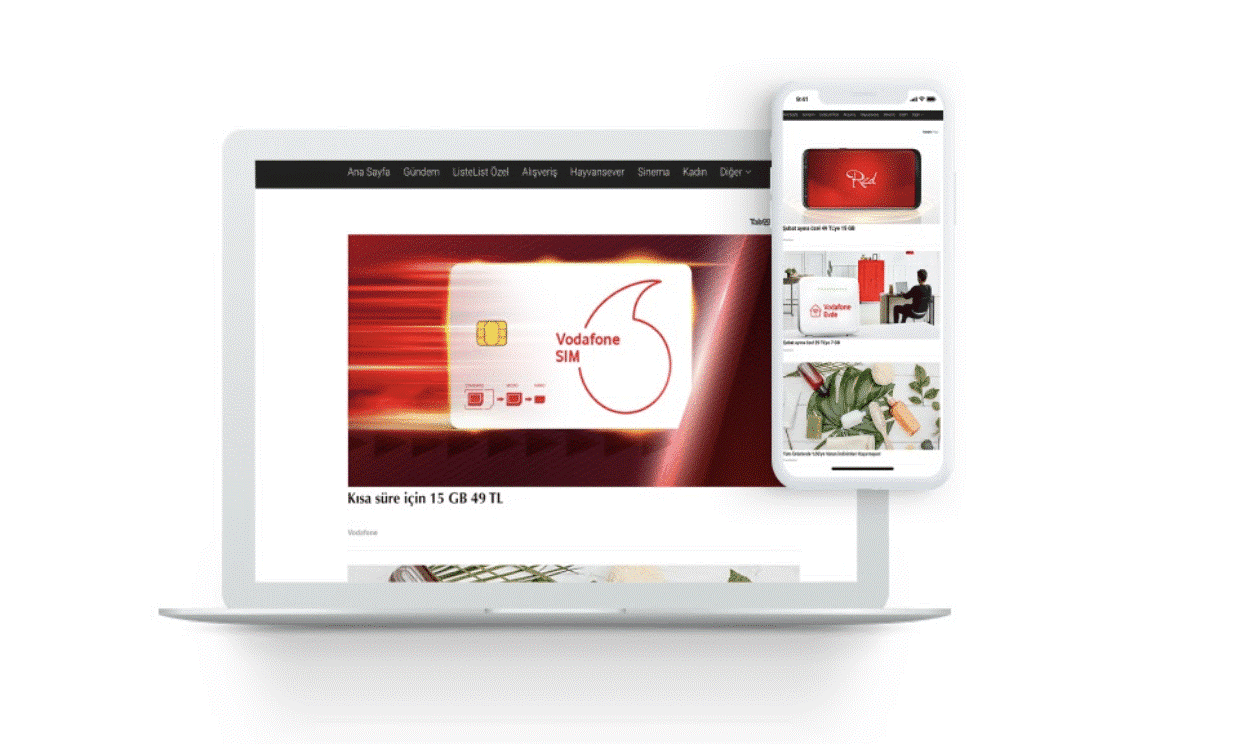 With Taboola, Vodafone decreased their cost per sale by 42% (MoM), with 11% of display channel sales. Read the full Vodafone case study here.

360 Realtors is the largest real estate consulting company in India. Before working with Taboola, 360 Realtors felt limited in their ability to refine and optimize campaigns. Taboola gave 360 Realtors the resources they needed to broaden their impact and reach homebuyers searching for their ideal residence online. 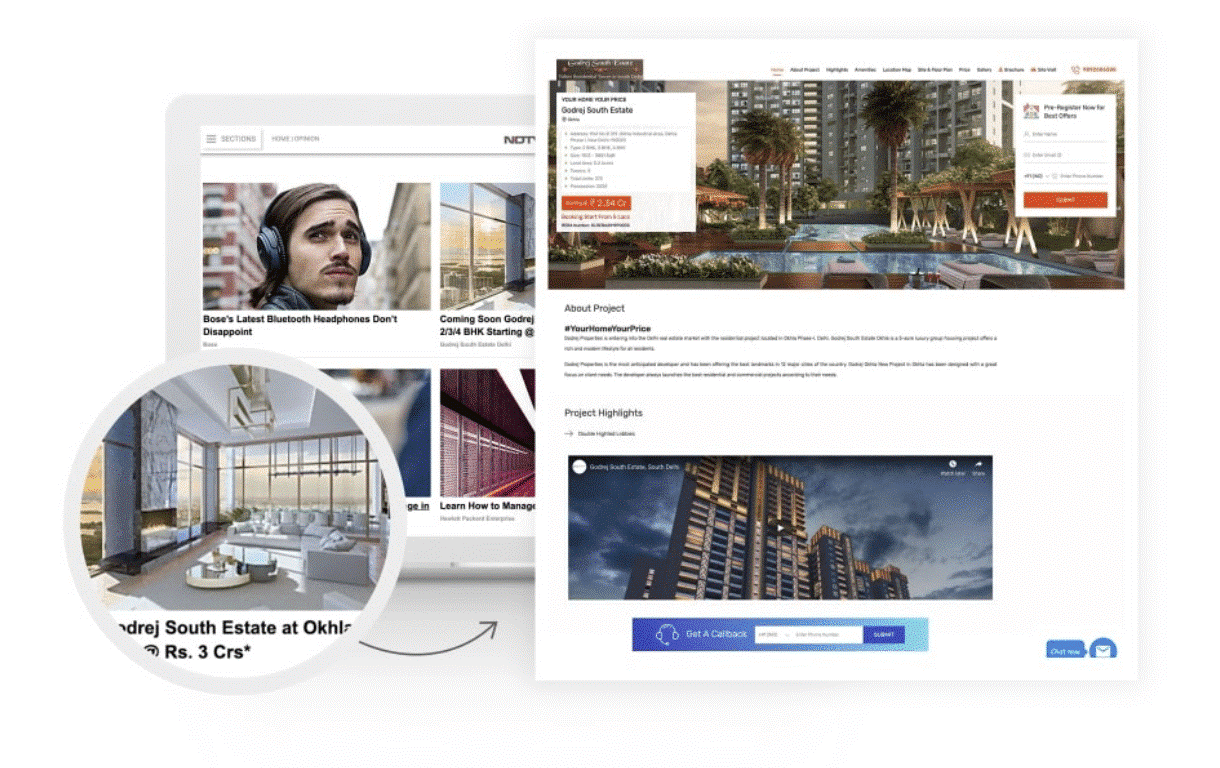 French car brand Renault wanted to promote its new Renault Triber, a vehicle halfway between an SUV and a minivan, to international audiences. The launch of the Renault Triber was supported by a 360° communication campaign, integrating Taboola Video to amplify the brand’s message. 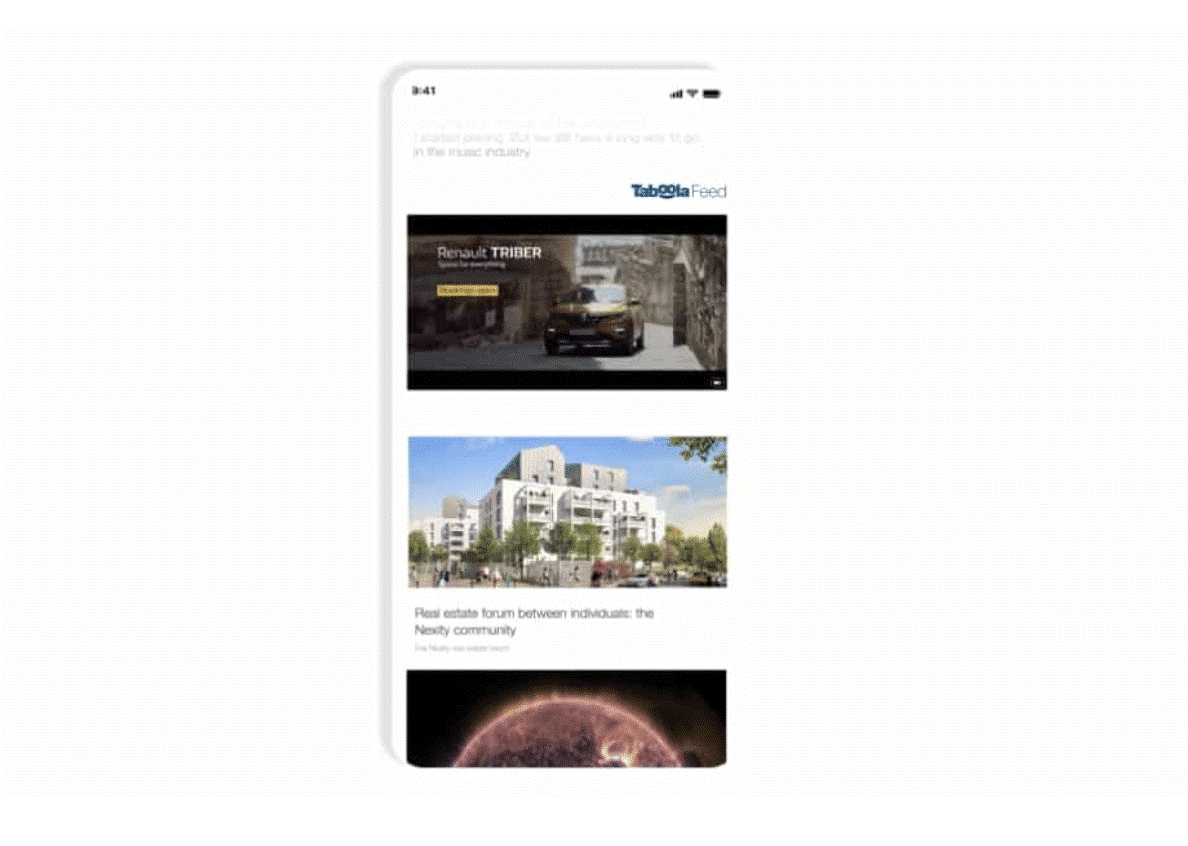 99Acres is a go-to real estate portal in India, handling all aspects of consumers’ real estate needs—including advertising and searching for properties.

Faced with the challenge of bringing in more quality traffic than Facebook and Google could provide, 99Acres turned to Taboola. 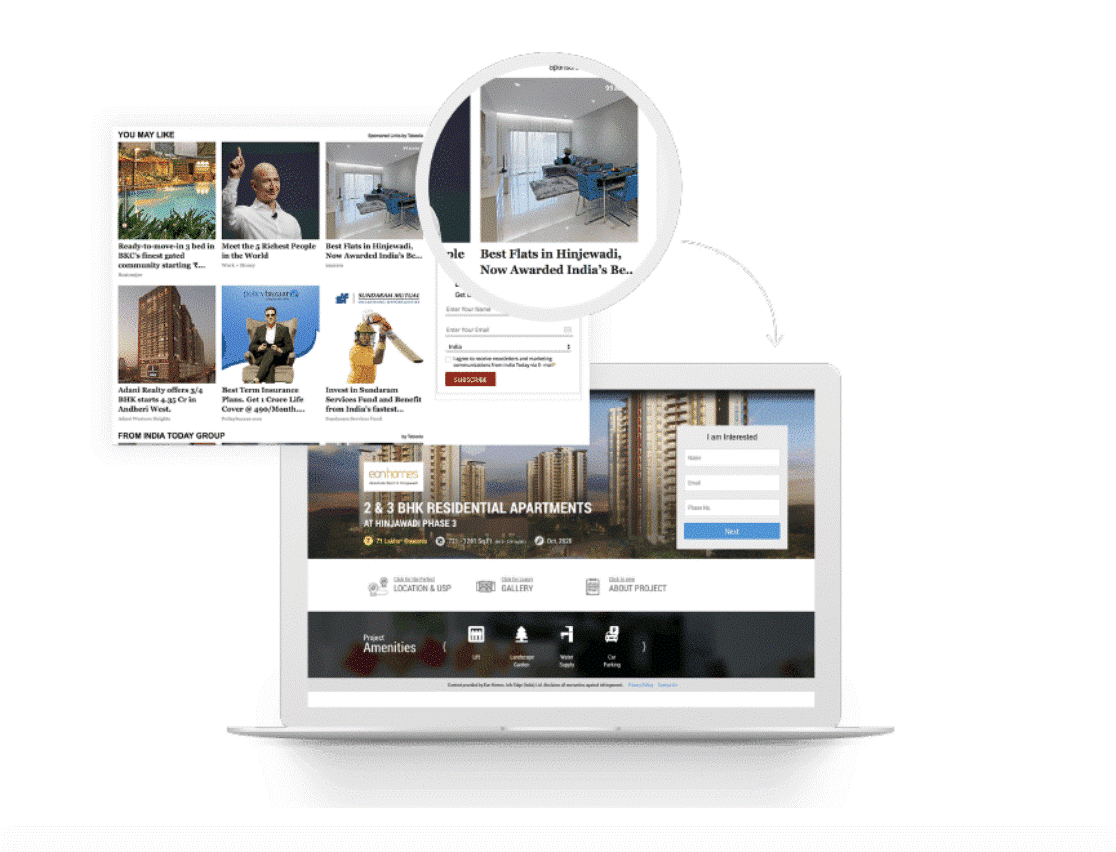 American Comfort, a furniture company specializing in high-quality materials, needed to raise awareness and drive sales for a new product.So the brand tapped Taboola to launch in-feed vertical video across the open web. 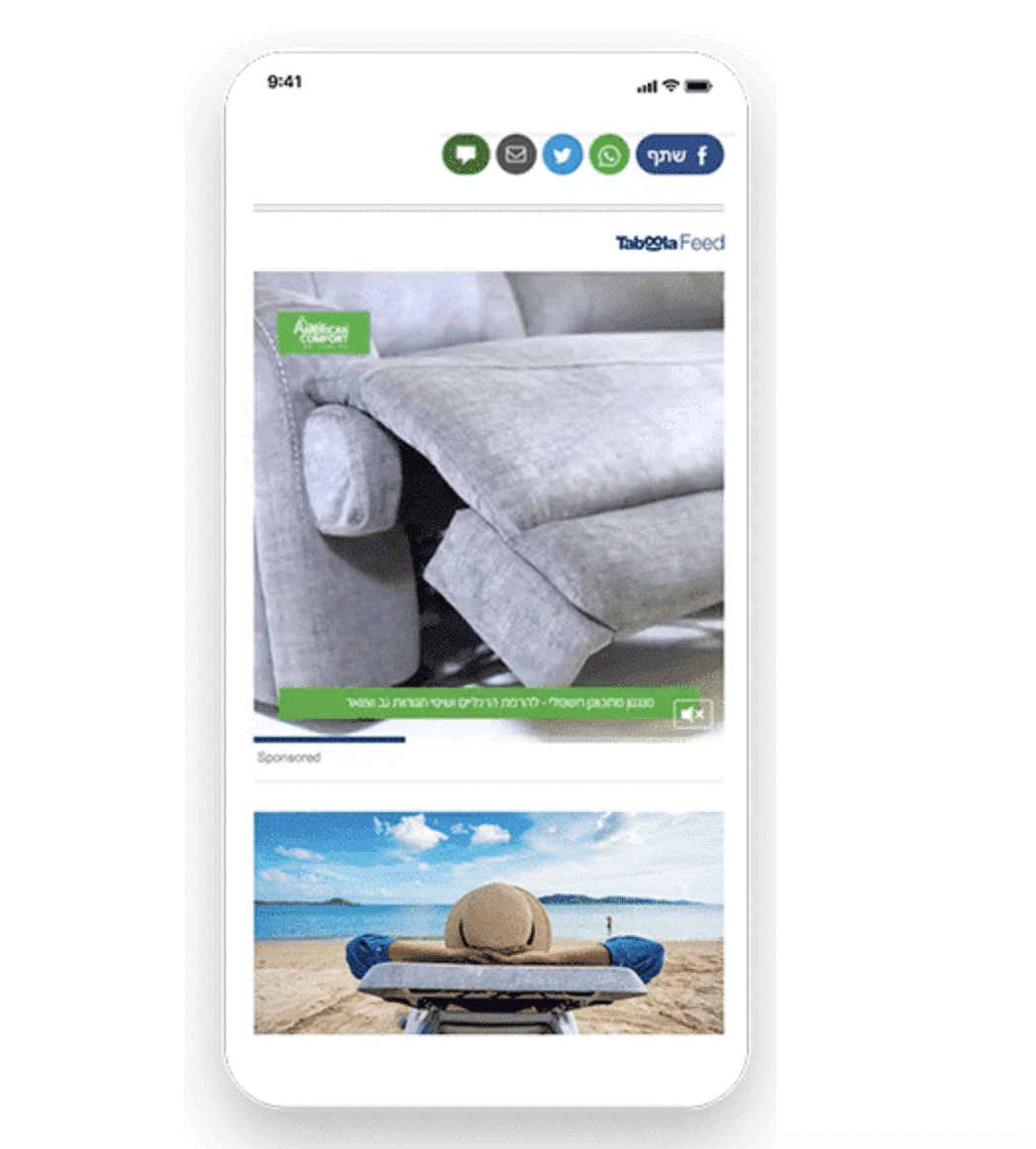 Pit Viper builds the functional, fun-loving gear that is serious about taking things less seriously. The Stable is the largest and leading Shopify Plus agency. Pit Viper works with The Stable to reach potential consumers in innovative and exciting ways.

Pit Viper was looking to increase sales within the US market by reaching audiences outside of search and social channels by purchasing inventory through a private marketplace (PMP).

The Stable launched a Taboola sponsored content campaign to promote Pit Viper product landing pages. The Stable worked with Taboola on Pit Viper’s behalf through The Trade Desk to capture people who had seen or interacted with ads previously, and retarget them to achieve their ROAS goals. The Stable also used Taboola’s contextual targeting abilities, to reach people who were already reading about their brand. 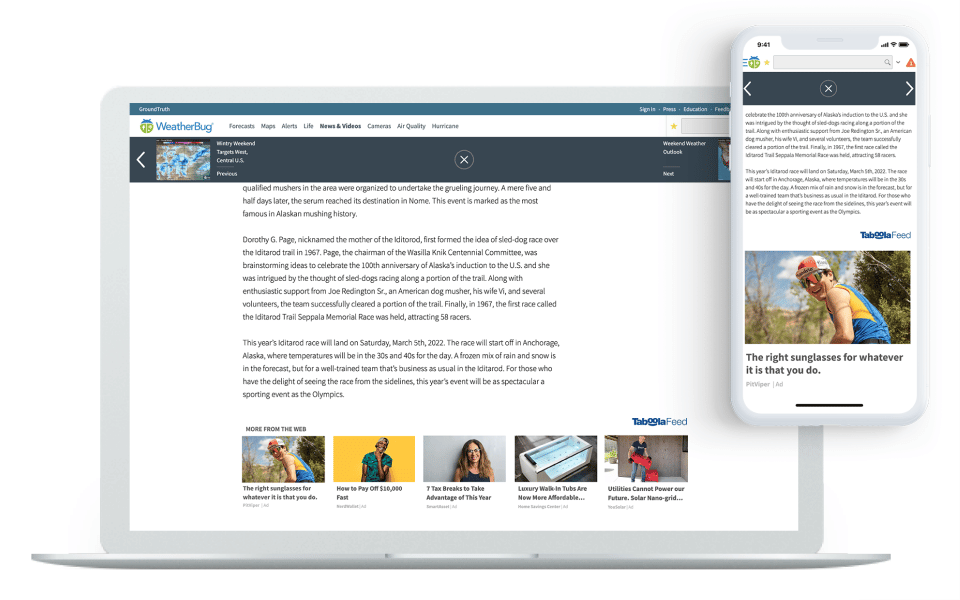 With Taboola, The Stable was able to achieve a 700% ROAS for Pit Viper, which was 2x their ROAS goal. Read the full Pit Viper case study here.

StartEngine was founded with the goal of helping entrepreneurs achieve their dreams by removing funding barriers. Island Brands USA is a premium beer brand with a mission to bring better, cleaner beer to the world.

StartEngine turned to Taboola to help Islands Brands find new investors outside of search and social platforms. Together, they launched a sponsored content campaign, which ran on Taboola’s network of premium websites on the open web; including news sites, blogs, online magazines and other digital properties. The campaign included Taboola’s image and motion ad creative formats, which impacted ROAS for Island Brands by 113%. 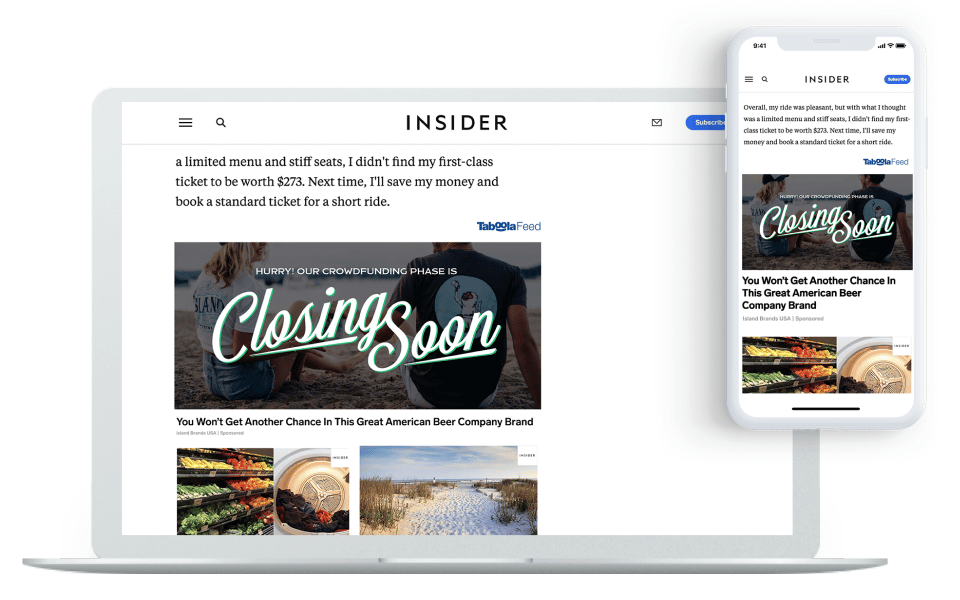 Overall, StartEngine was able to achieve an overall 171% ROAS for Island Brands with Taboola, allowing them to meet their investment goals. All campaigns ran for a month and a half, and in that short amount of time, were able to drive over $34,000 in investments for Island Brands. Read the full StartEngine case study here.

American International Group, Inc. (AIG) is a leading global insurance organization that provides a wide range of property casualty insurance, life insurance, retirement products, and other financial services to customers in more than 80 countries and jurisdictions. In Israel, AIG is a direct to consumer company that doesn’t use agents.

AIG was eager to increase demand for its mortgage insurance by educating consumers with digital strategies. AIG Israel used Taboola Video to increase awareness and retarget the visitors who view at least 60% of the video. 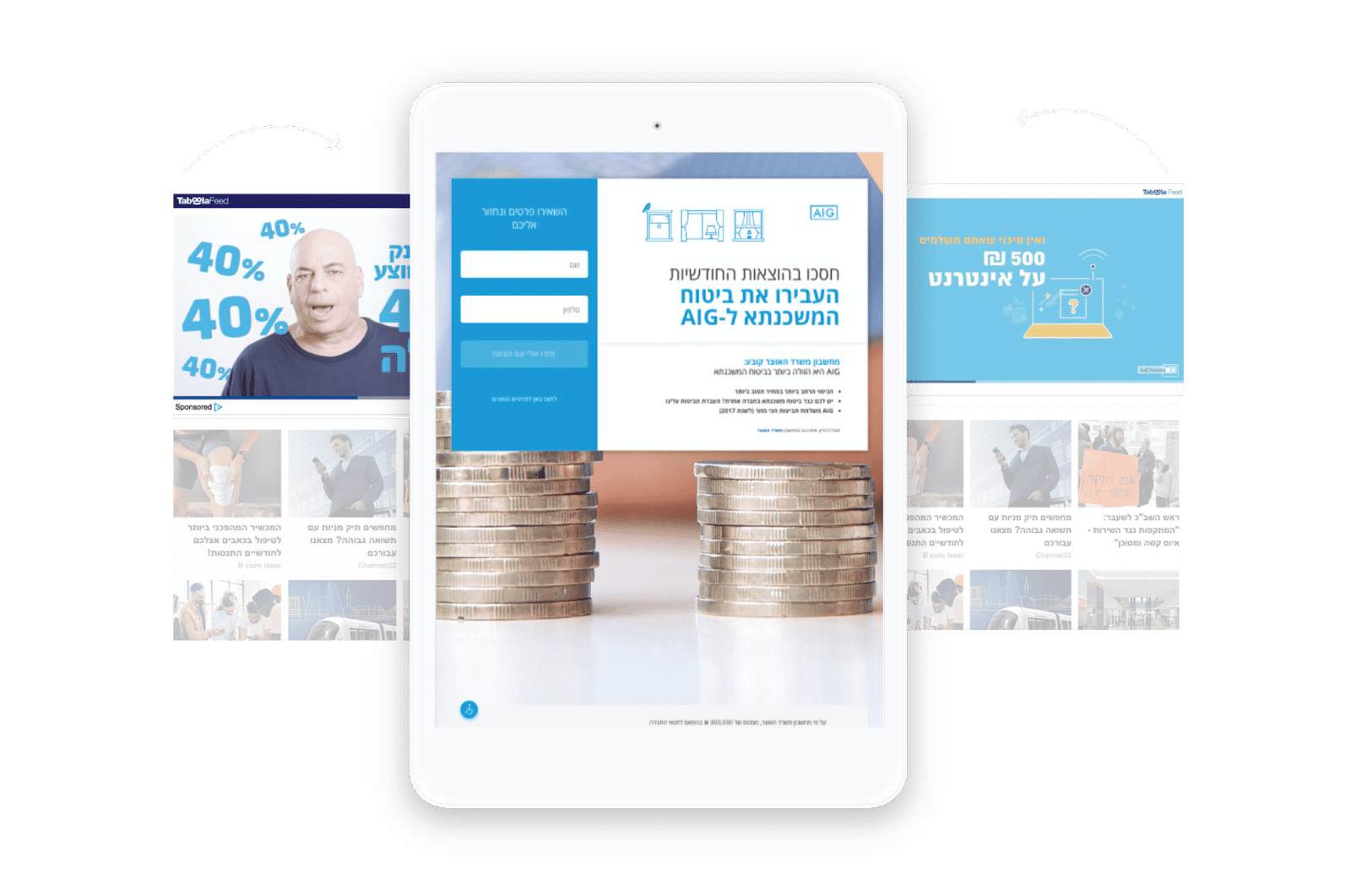 With Taboola, AIG Israel saw that out of five digital marketing channels, 50% of people who made a purchase after viewing this campaign started their buyer journey with Taboola. In addition, the campaign reached 400,000 people, and uplifted purchase intent by 30% in just 30 days. Read the full AIG case study here.

The Nespresso company is an autonomous globally managed business of the Nestlé Group. Nespresso is present in over 60 countries, counts over 12,000 employees worldwide and has been in Thailand since 2015. 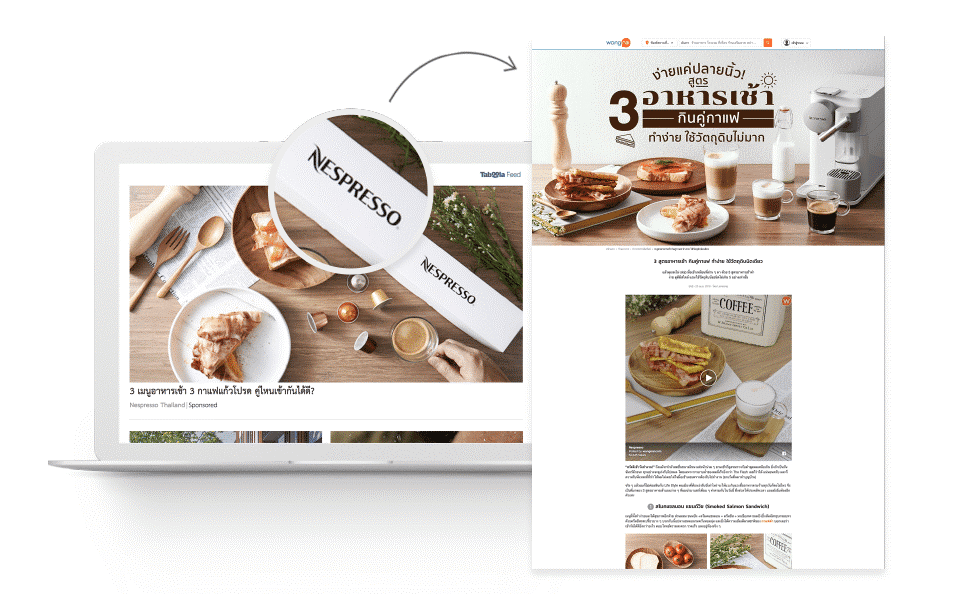 For Nespresso Thailand, 85% of traffic to advertorial pages is delivered by Taboola. They also see double the session duration and a 10x lower average cost per page view than any other channel. Read the full Nespresso case study here.

SPE Thailand wanted to drive large amounts of awareness and ticket sales for upcoming movie releases—specifically Venom (Oct. 2018), Goosebumps: Haunted Halloween (Dec. 2018) and Spider-Man into the Spider-Verse (Jan. 2019). So they worked with Taboola to reach a wider range of target and prospective audiences on premium publisher sites across tablet and mobile devices. 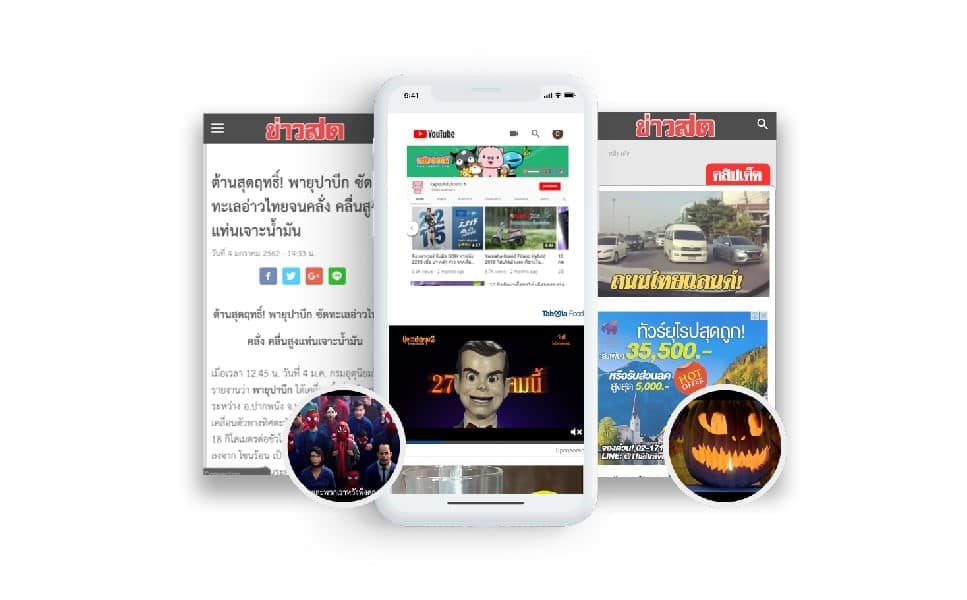 To promote Metallica’s 2020 album release, S&M2, they were looking to reach high-quality audiences that are traditionally hard to reach on social networks in the German Market. So they turned to Taboola High Impact, Taboola’s solution for brand awareness, to distribute high-quality audiences on premium publisher sites with video. 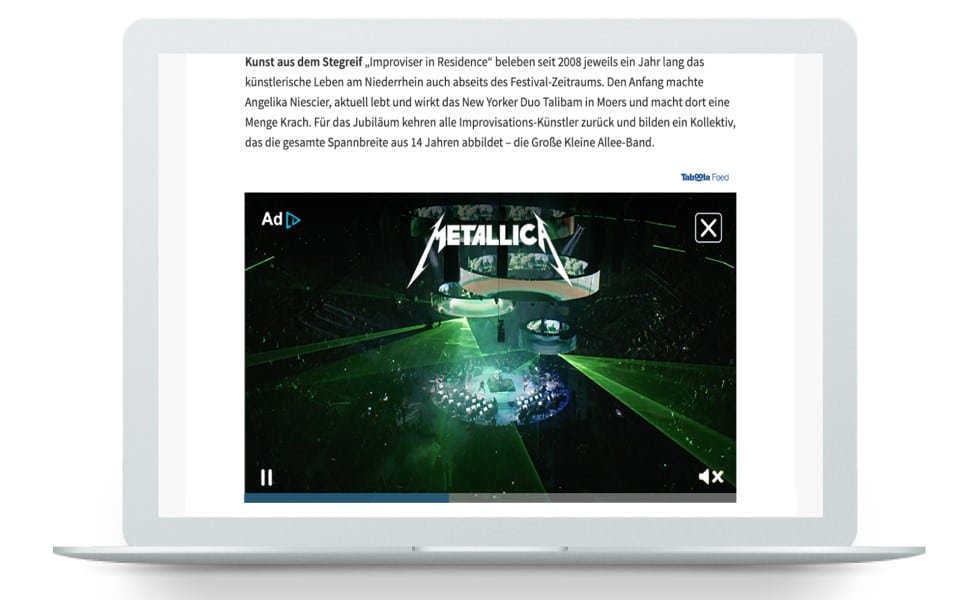 World Vision is a global NGO that strives for the children and communities in the world’s most vulnerable environments to emerge from poverty and inequality. This involves acquiring donations from interested patrons, using new digital marketing channels.

In the Korean market, digital media is heavily concentrated on certain popular search channels. For World Vision, these channels performed well, but not at the CPA desired. World Vision expanded to a variety of digital channels, one of which was Taboola. The Taboola team assisted World Vision campaign strategy, creative images, and headline variations. 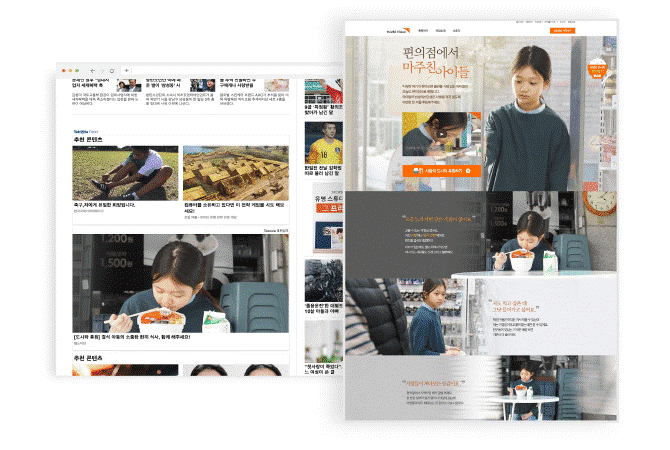 The result? World Vision was able to generate over 100+ monthly renewing donations, and a 40% lower CPA than other display channels, and saw larger scale than with popular search channels. Read the full WorldVision case study here.

P6A is the digital flagship editorial brand of TUI, the world’s largest tourism group. Their objective is to awaken the desire to travel through inspirational and topic-driven stories while suggesting the perfect offer or package to meet those needs.

Working with Taboola, P6A obtained more than 317+M impressions that converted into 249,820 visits to articles on P6A and TUI India. 4,329 of those users decided to visit pages that included TUI packages. This resulted in 96 bookings through TUI India, and 600 overnights. Read the full TUI Group case study here.

For further reading in this area, check out these resources: