There’s no getting away from it: digital advertising has changed. Display ads (often known as banner ads) were once the best way to promote stuff online. Now, marketers are shifting their advertising spend to native ads. But what’s the difference between the two formats, and why are native ads so much more effective than display ads?

This guide explains the differences between native ads and banner ads, in terms of format, performance, revenue, and more. It also shows you why native advertising is now the most logical choice for your marketing budget.

38 Case Studies From Brands That Have Succeeded With Taboola

What’s the difference between native and display ads? Display ads are the ads that have appeared on most websites since the start of digital advertising.

Banner ads are the most common display ads. These vary in shape and size to fit in different locations on a web page, including within the content. The screenshot below, for example, shows banner ads in the sidebar of a website. 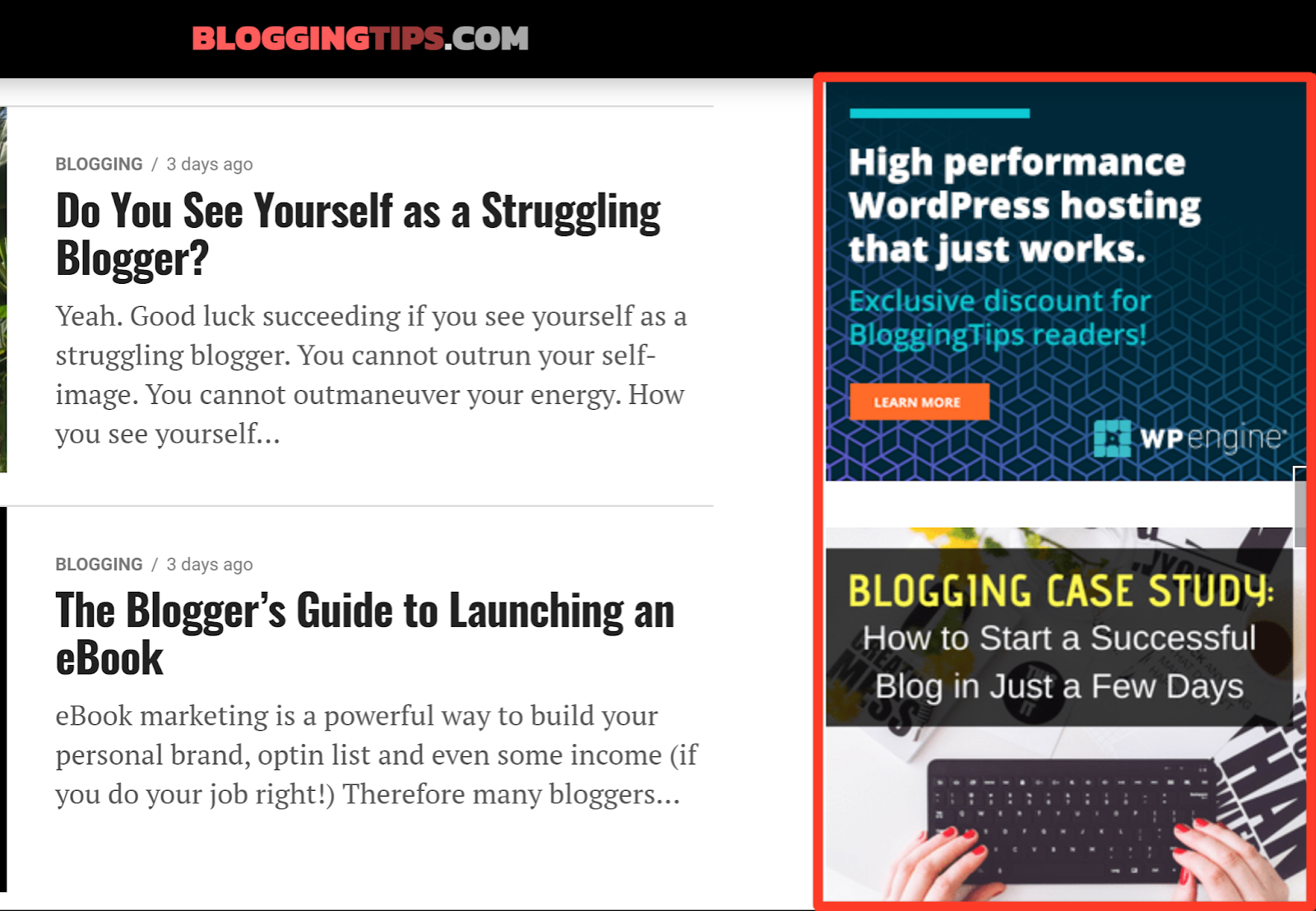 With display ads, it’s clear that they’re promoting something. These ads stand out from the surrounding content, so they’re visible.

In contrast, native ads blend seamlessly into site content. It’s hard to tell that they are ads at all. Native ads often appear as sponsored, promoted, or recommended content, as in the example below from Avocados from Mexico: 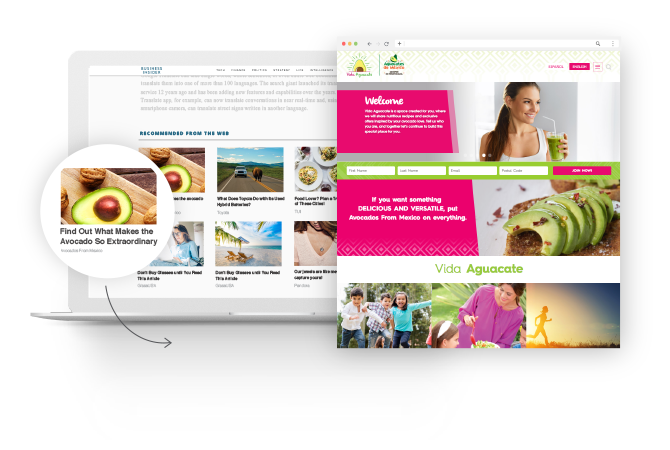 Native ads can also be interactive, including quizzes, games, and maps. And they can feature as sponsored search results, which blend in with regular results when people are looking for information. See the example below: 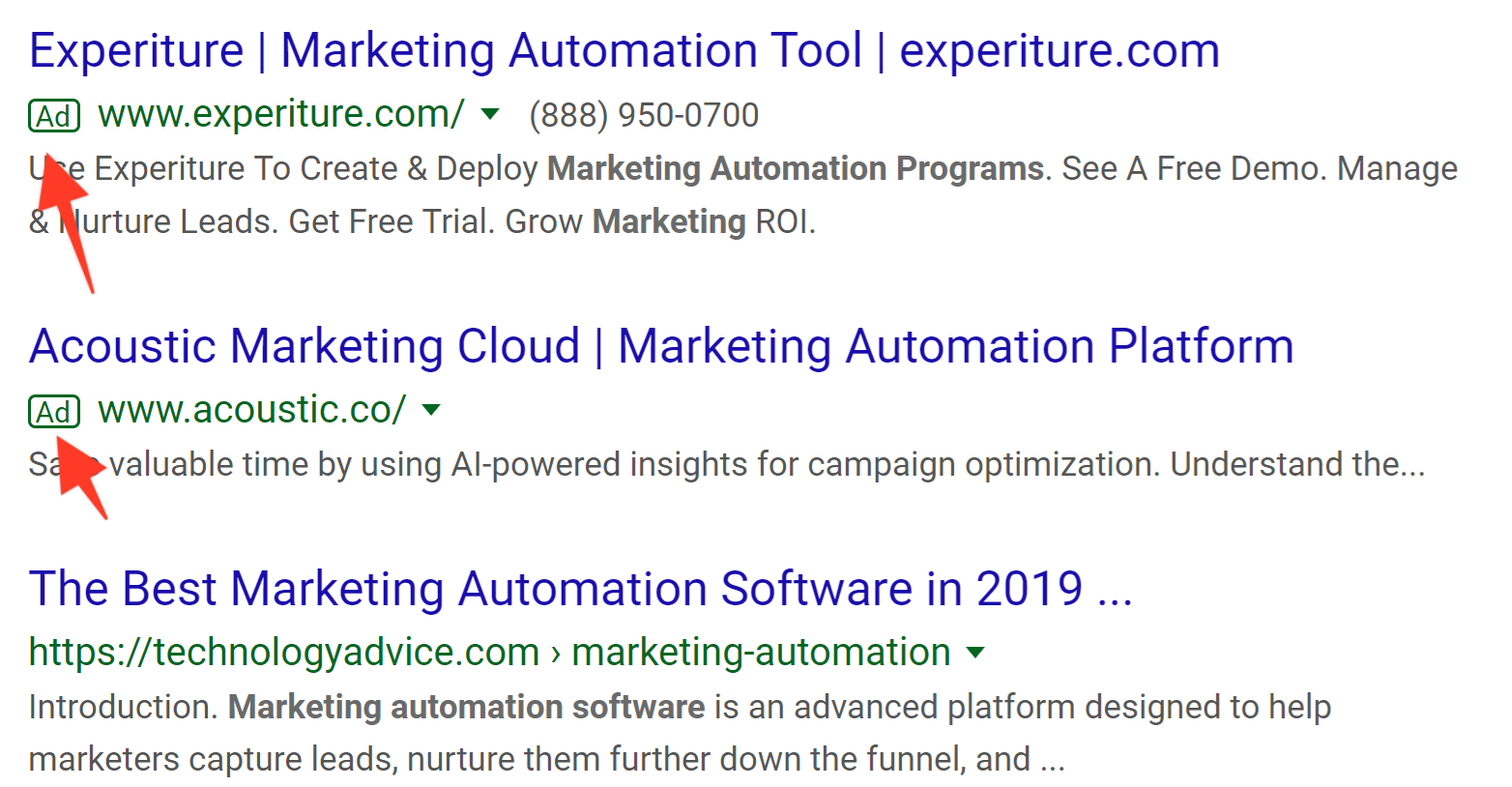 There are several differences between native and display ads that show why native ads have become so popular among marketers and web users.

For a start, consumers don’t like banner ads; 80% of them use ad blockers to ensure they don’t see them. Even among those who DON’T use ad blockers, ad blindness means their eyes just skate over those ad banners like they aren’t there. It’s no wonder that display ads don’t get the results they used to. Plus, people hate a hard sell, which is what display ads are all about.

In contrast, native ads take a soft-sell approach. They’re integrated into and relevant to what consumers are already looking at. Web users are more likely to read and click on them than an annoying banner ad. Plus, they can choose whether or not to read, watch or listen to native ad content. When it comes to promoted content, choice beats interruption every time.

It’s also a question of timing. Banner ads interrupt people when they’re in the middle of consuming content online. Nobody likes that; it’s a poor user experience. But native ads, such as recommended content widgets, appear at the point when people are looking for more information. They don’t interrupt the experience.

There’s also a huge difference in native ads vs banner ads revenue and performance. Display ads have a low clickthrough rate (CTR) of just 0.05%. In other words, only five out of every 10,000 people who see your ad will click. Meanwhile, our native ad statistics show that the CTR for native ads is as much as eight times higher than for display ads.

Native ads also drive more traffic, as they encourage web users to read or watch content related to what they’re already interested in. Bombfell, for example, got a 960% increase in web traffic when running native ad campaigns. 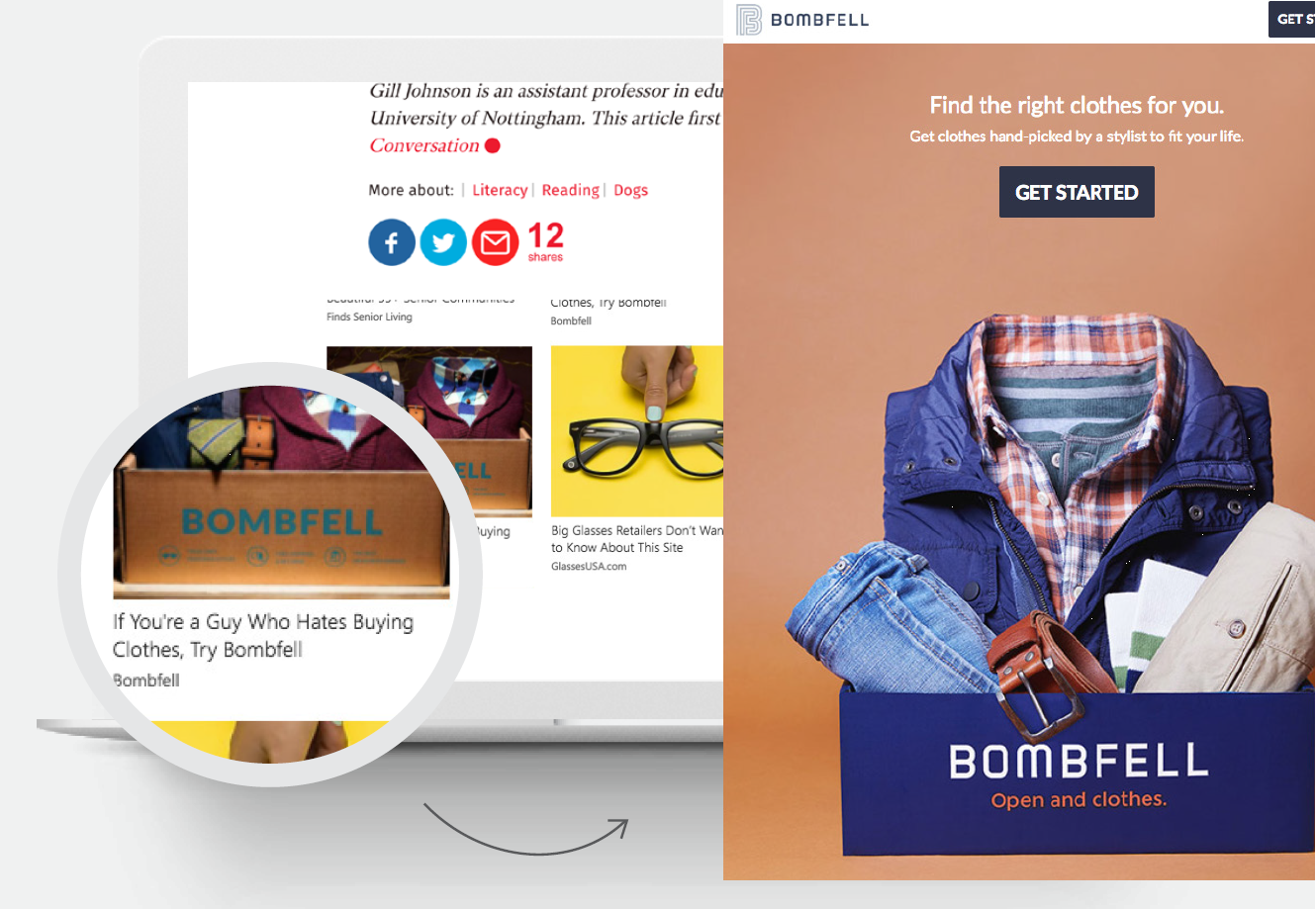 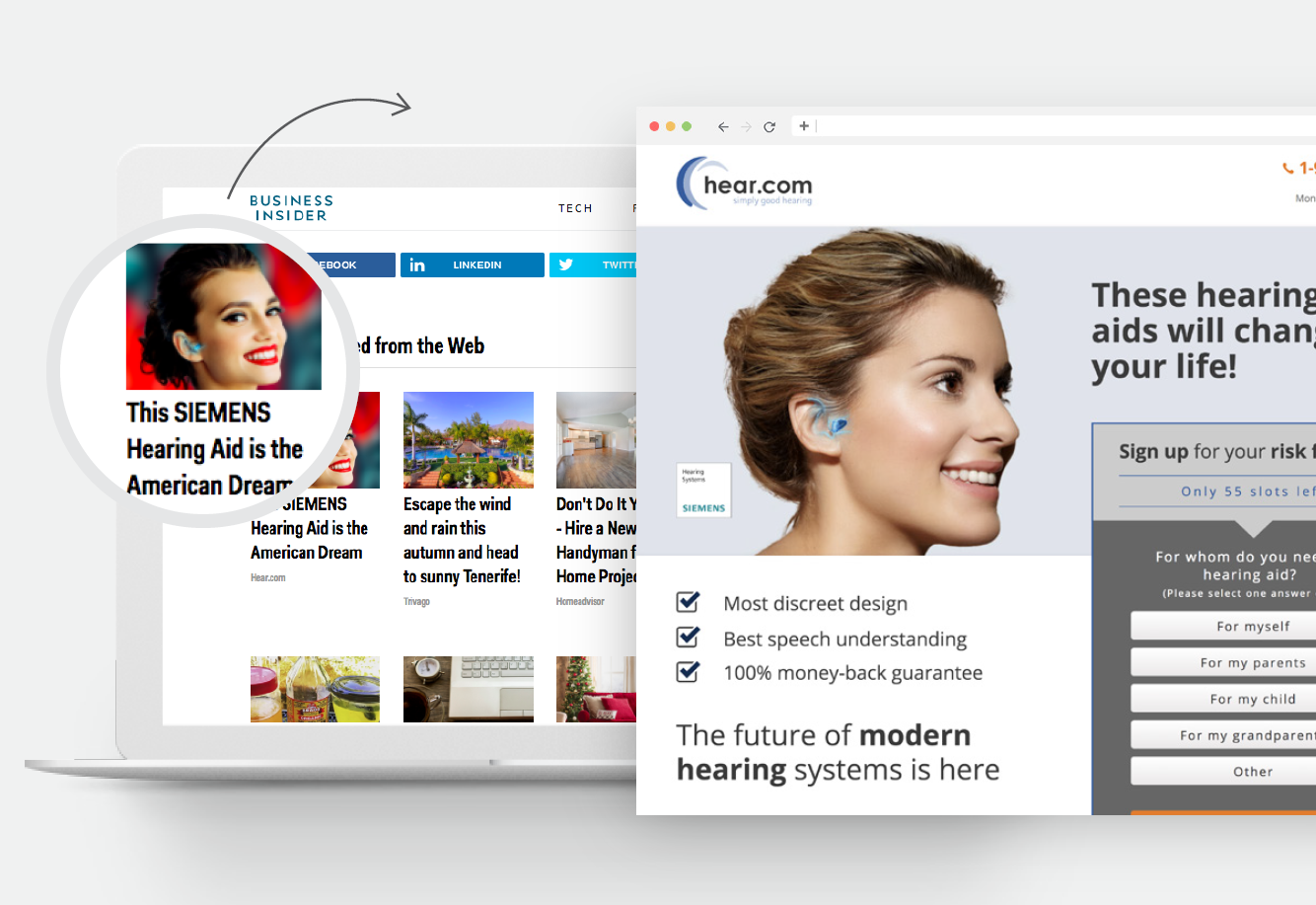 Native ads also result in more revenue for companies. According to data from Sharethrough, consumers view native ads 53% more than display ads. And, native ads result in an 18% increase in purchase intent. It’s no wonder that eMarketer predicts that by the end of 2020, marketers will spend at least two-thirds of their ad budgets on native advertising.

The Difference Between Native Ads and Display Ads

What are GDN Native Ads?

If you’re looking into using native advertising, you’ve likely heard of the Google Display Network (GDN). This is the part of Google AdWords that’s responsible for native ads based on search intent. GDN native ads can appear on Google’s own sites, as well as the sites of publishers who are part of its ad network.

While GDN ads are based on search intent (geared to people who know what they are looking for), Taboola’s native ads are based on content discovery. This means that you can help your target customers to find you, even if they have no prior knowledge of your brand. The two can complement each other well as part of your marketing strategy.

In this guide, you’ve learned some of the key differences between native vs display advertising. You’ve seen how native ads outperform display ads in terms of visibility, traffic, and user experience. Get in touch now to get started with native advertising.