Following the recent release of the ads.txt initiative, and the announcement of upcoming changes to the General Data Protection Regulation (GDPR)—it’s obvious that Europe is getting serious about adtech transparency and data protection.

We’re proud to have recently become a member of IAB Europe, and to be part of both of these initiatives, both as a partner following ads.txt and as an active participant as the region gears up for the GDPR. 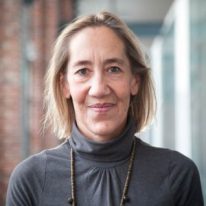 Aside from our involvement, we wanted to know the bigger picture for Europe, and what’s next for big data there. We sat down with Townsend Feehan, CEO of IAB Europe, to learn more about the future of adtech transparency.

She touched on a lot of key points for the industry—like brand safety, the challenges facing ads.txt, the mechanics behind brand placements, the future of viewability and how she sees the big data landscape in Europe today—we tell her story below.

Tell me about your career, what led you to becoming CEO of IAB Europe?

“After working at Deputy DG for Digital Europe in the early 2000s, I went to Microsoft for eleven years as part of their EU and Brussels policy team. I got to know IAB Europe around 2009 or 2010 because Microsoft was on the Board of Directors, and I was given the opportunity to support the head of our European display advertising business, Laurent Delaporte, in his role as a Director.

I got hooked on the companies and people I met around the IAB Europe table, and especially the policy issues, which were—and remain—fascinating. Almost four years ago, when the Association was looking for a new CEO, I decided to apply, and have been here since February 2014.

IAB Europe is one of the rare Brussels-based industry associations that has both a policy vocation and a business-side vocation, meaning they share best practices and conduct research to educate the market and promote the uptake of digital advertising. That combination and just the general youth and bounce of the sector makes it a uniquely fun and interesting organisation to lead.”

You recently introduced ads.text to the industry—a great initiative for brand safety. How quickly do you expect ads.txt to be adopted throughout Europe? What’s holding it back?

“In its simplicity, ads.txt is a great initiative—a simple text file that lists a publisher’s supply side platforms (SSPs) so brands can check that third parties selling a publisher’s space are authorised to do so.

There is of course an education job to do in order to create awareness, and publishers need to ensure that they have a full list of the unique IDs their sellers and resellers use—which can take some time. We have seen leading publishers adopt ads.txt in the US and the advantages won’t be missed in Europe.”

Can you explain how brands can lose control of their placements? What are the benefits to suppliers having a direct relationship with publishers?

“Unauthorised resellers can package inventory in a way that make advertisers think they are getting premium inventory when they’re not.

Suppliers having a direct relationship with publishers ensures that the brand’s ads are placed on the sites you have envisaged.”

How granular do you suggest brands get when it comes to cross-referencing publishers ads.txt file with a supplier’s ad.text record?

“This depends on the buying strategy of the advertiser, the more granular the brands get the more transparency they will have, but this may not be practical in all cases.”

Let’s talk about Europe’s new data consent rules. How do you think the industry will evolve around the rules? Do you think other regions will follow suit?

“The regulatory landscape in Europe is challenging for the digital advertising industry. This is in part because despite the rhetorical attachment to making Europe a leader in the global digital economy, much of what actually emerges from the EU regulatory machine errs so much on the side of protecting users from themselves that it is more likely to handicap the digital economy and ultimately damage the interests of EU citizens.

There are reasons for this. These include a vague, ill-defined fear of “big data” and a suspicion that its chief beneficiaries will likely be US-based, rather than European, companies.

Specifically in the area of privacy and data protection, our industry suffers from the undeniable fact that data, once collected and stored in a way that allows it to be accessed electronically, can be misused by governments, so that the same digital advertising infrastructure that delivers huge benefits to consumers every day inadvertently becomes an accessory in government surveillance.

Many years on, we are still suffering the after-effects of the Snowden revelations about the US national security apparatus effectively spying on American and non-US citizens. Some policy-makers evince a poor understanding of how the technology that delivers online advertising actually works, and there is also a perception that onerous regulation will keep the non-EU companies out of the EU market, or at least stall their advance.

This last thesis is wrong, and a big part of what we are trying to do in Brussels now is trying to help Members of the European Parliament and European Commission officials understand that innovative home-grown ad tech companies who could play an important role in building Europe’s future digital economy will be collateral damage if the EU persists in some of its current policies.

Depending on where we land notably on ePrivacy, the risk of “contagion” from the EU toward the rest of the world will be greater or lesser.”

There is an ongoing debate over viewability—what defines it and how advertisers should measure and pay for it. What’s your opinion?

This is a vital step towards delivering more ‘realistic’ brand exposure metrics.

If an advertiser has viewability built into its buying, it should ensure that the measurement is undertaken by a tool which complies with a robust set of measurement principles, those just released by IAB Europe, EACA and WFA for example or existing Media Rating Council (MRC) or The Joint Industry Committee for Web Standards in the UK and Ireland (JICWEBS) principles.”

What’s next for IAB Europe? What’s hot on your agenda for the rest of the year?

“The remainder of the year will mainly be spent on advocacy on ePrivacy, outreach to support companies on implementing the General Data Protection Regulation (GDPR)—both evangelising what we have already developed by way of implementing and interpretative guidance, and continuing to develop more—getting our viewability certification initiative out the door, and landing our 2018 action plan.

We have a lot of member visits to Brussels in Q3 and Q4, including visits by three delegations led by National IABs and our annual “European CEO Policy Fly-in.”

Our Digital Leaders Council (DLC) of Tier one members will meet in mid-October to discuss strategy for the industry and the Association and meet some high-level EU officials to discuss data policy topics other than ePrivacy.

We are also deep into the planning of Interact 2018, our annual conference, which will be held in May of next year. We would love to hear some thought leadership from Taboola at Interact!”

Townsend Feehan is the CEO of IAB Europe and is committed to digital advertising transparency.

We look forward to future transparency initiatives as members of IAB Europe, and are committed to an open web where brands are safe, and the right content reaches those who want to discover it—we’re optimistic about the future of the open web.