When you create a piece of video content, and it’s time for the 35-year-old new mom living in a major city––whom you targeted thoughtfully––to see it, it might play on her screen, but she may or may not watch it. So, what is it exactly that makes her engage or not engage?

As a marketer running an ad campaign, high-level information is indisputably important––who is the audience broadly, when have they historically shown high engagement, what has worked in the past? These are all necessary questions to consider when planning what will hopefully be a good campaign, but what separates a standout campaign from an average one is digging a little deeper. What is it about a certain moment in time that makes an audience more likely to engage with video ads?

To zoom in and put some context behind this, we conducted a survey and heard from real consumers in the United States. Analyzing their responses, we were able to break down the when, where, and what of this magical moment we call the moment of next, and what it means for you.

The Research Behind Great Video Ads

At the end of 2019, Taboola ran a study with Nielsen to try and determine when––and where––exactly consumers are most open to something new.

We used the BrainVu AI platform to measure biomarkers that indicated spikes in attention and emotional response while people were watching video ads.

No surprise, we discovered that mindset really matters when determining how a consumer will respond to a video advertisement. There’s a specific time and place, known as the moment of next, when attention and emotional response are at their highest.

With this discovery under our belt, we’ve been on a mission to learn more about this moment of next––a deeper dive into when it happens, and how it affects consumers. This mission was the very driver behind the next study we ran on video ads that consumers respond to.

Using Google Surveys, we asked our questions to 5,000 participants in the United States. Here’s what they had to say about their online experiences, and what it means for the moment of next.

When, Where, and by What an Audience is Captivated

There are Real, Relatable Humans on the Receiving End of Ads

We asked participants point blank “When are you more likely to be open to discovering something new online?” Our findings? A series of little pockets within the human day, including:

We also gave participants a chance to input their own “other” response, among which we saw:

Simply put, the thing that every answer had in common was downtime––the moments in the day where discovery is the chief task at hand. 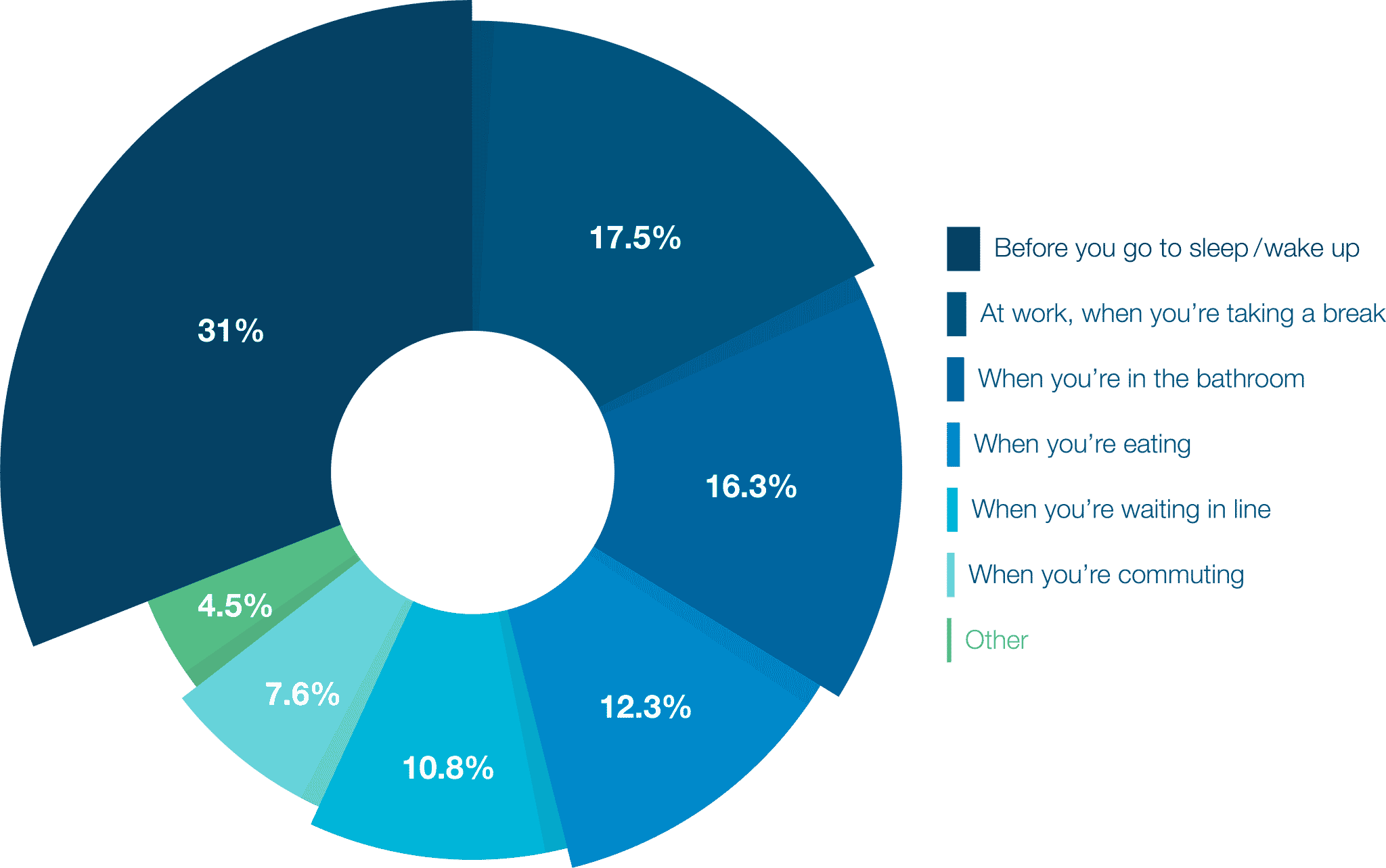 Location on the Web Matters

The next question we asked participants was where, exactly, they were spending their time online. We found that one quarter of respondents reported content and news sites, and another quarter reported social media sites, bringing those combined locations to a whopping 50% altogether. 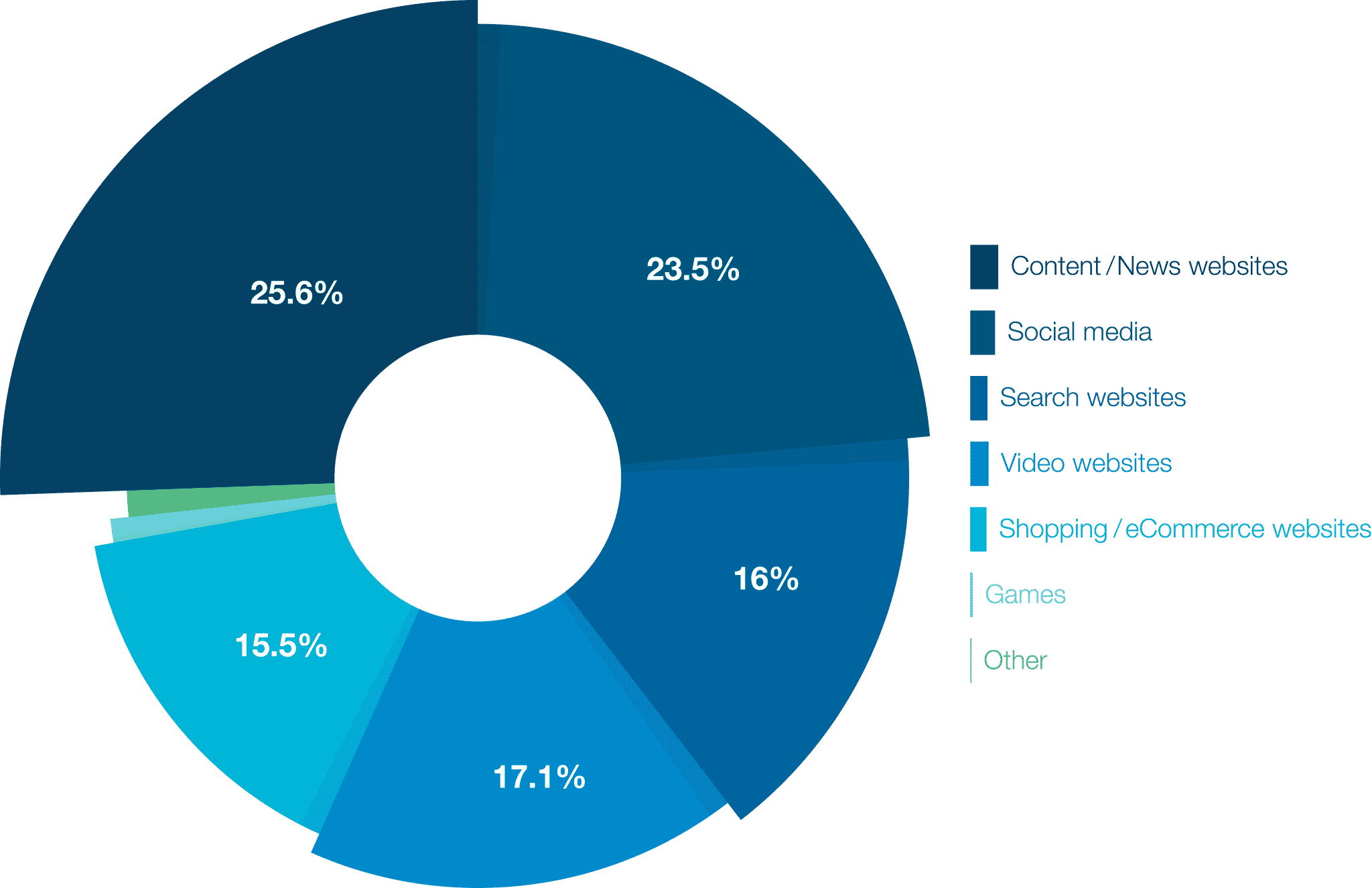 To get a little more granular on the difference between these two nearly-tied-for-first-place online destinations, we turned to the element of trust. Context is key for brand perception, and the context an ad is in on a news website is quite different than that of a social media channel.

To approach trust from a different angle, we also asked participants what kind of website they would expect to see a Fortune 500 company advertising on, to which 63% of participants responded with news sites, making it clear that while the devotion of time may be split evenly across news sites and social media, trust isn’t divided up that same way.

Be Mindful of Audience Experience

Heading back to our Nielsen study findings that ads in interruptive places don’t get paid attention to, we asked participants “When watching a video ad online, what is most important to you?”

The ability to skip or scroll out of a video advertisement and “that it’s not interrupting me”, the two responses tied to our findings, clocked in at 39.7% and 15.7% respectively, making video characteristics around placement account for over half of responses. Relevance to needs and entertainment followed behind in a close combined second. 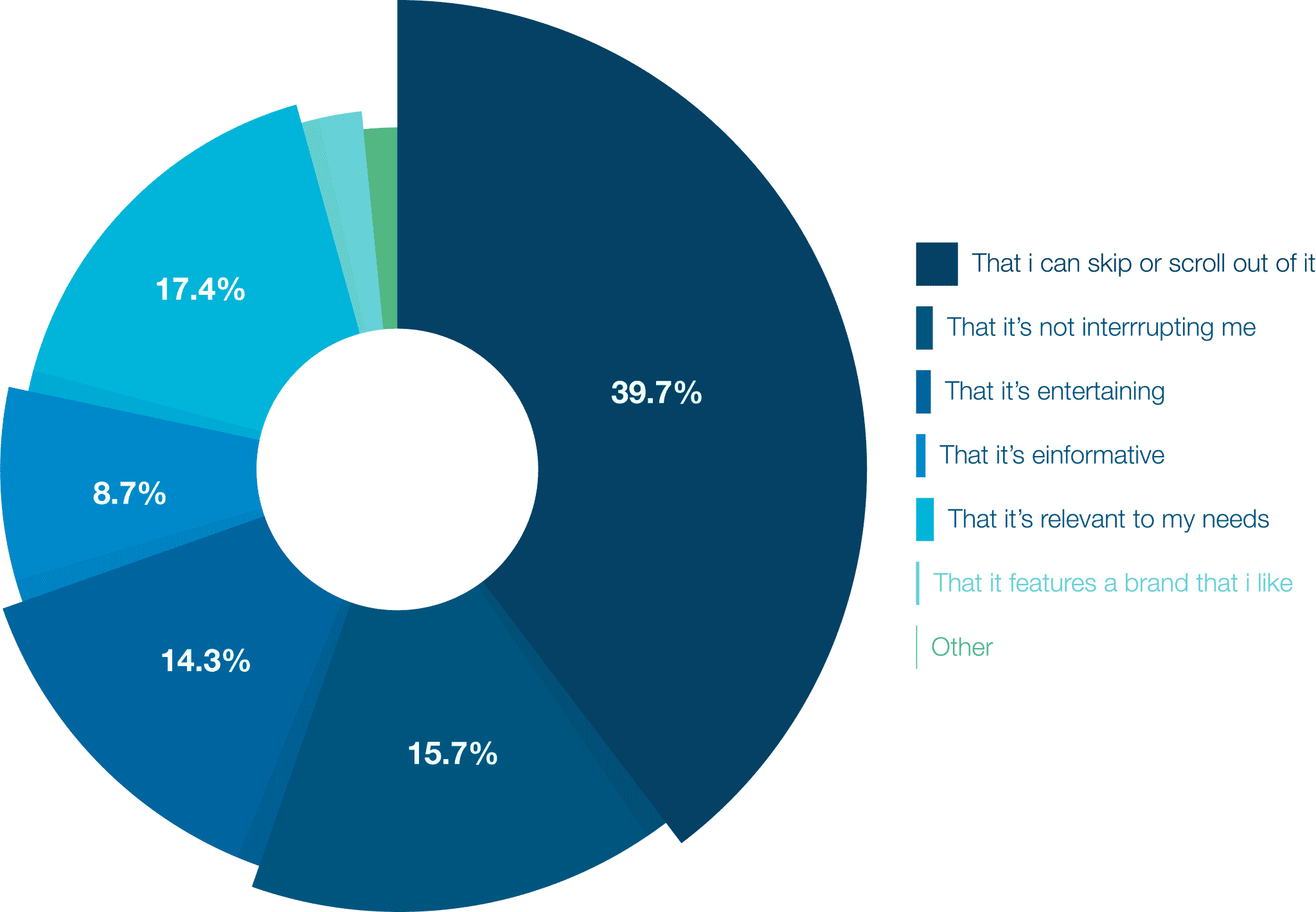 What This Means For You

If you want your video ad to be watched and well received (who doesn’t?), then there are a few simple measures to take.

Remember you’re advertising to humans. We’re all human, which means we all lay in bed on our phones in the morning, we all take breaks at work to refocus, and we definitely all use the bathroom. Reach people in these very human moments of their day when they’re most receptive.

Be wary of context. You want your ad to be trusted, which means being among other trusted content.

Consider advertising on news sites. With news sites garnering 3x the trust of social media sites, and the expectation of being prime real estate for Fortune 500 companies, they hold serious weight as a great place to be seen.

Don’t disrupt. It’s one thing for your video to be ignored, and another for it to be received negatively. Both of these can happen if your ad disrupts a person’s desired online experience.

All of the video aspects explored in this study were contextual, but it’s important not to forget how crucial the creative elements of a video can be in its performance, too.

Creative designs like including text or leaving it off, having a human subject or not, and showing certain seasonal elements can all impact a video’s likelihood to be completed. 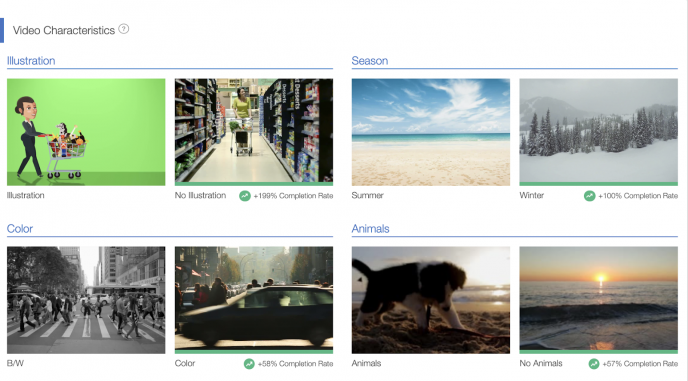 Creative trends change daily, and staying on top of them is a simple way to be proactive. In the right context, with the highest-performing creative elements, your videos are set up for success.

At the end of the day, the 35-year-old new mom living in a major city is more than just an audience. She’s someone who likes to laugh, someone who waits outside of ballet or basketball or karate, and she’s someone who hits snooze on an alarm three times before making it out of bed.

Taking the time to consider what it is about the moments with high engagement makes them feel inherently more human. Every video ad is different, and is created with a different audience in mind, but within all of those audiences are people who share more common threads than differences.

Behind every moment of next is an opportunity to better understand the online experience of consumers, and we don’t plan on stopping that quest any time soon.