Ray Charles famously sang, “The night time is the right time to be with the one you love.” Marketing data tells a different story — one that could be a game-changer for your upcoming Valentine’s Day campaign.

According to Taboola’s data analysis, the clickthrough rate (CTR) of dating-related content peaks at 9 AM and 12 PM. And that CTR actually goes down as the sun does. So night time might be the right time to be with the one you love, but morning is the right time to reach audiences with your Valentine’s Day content. 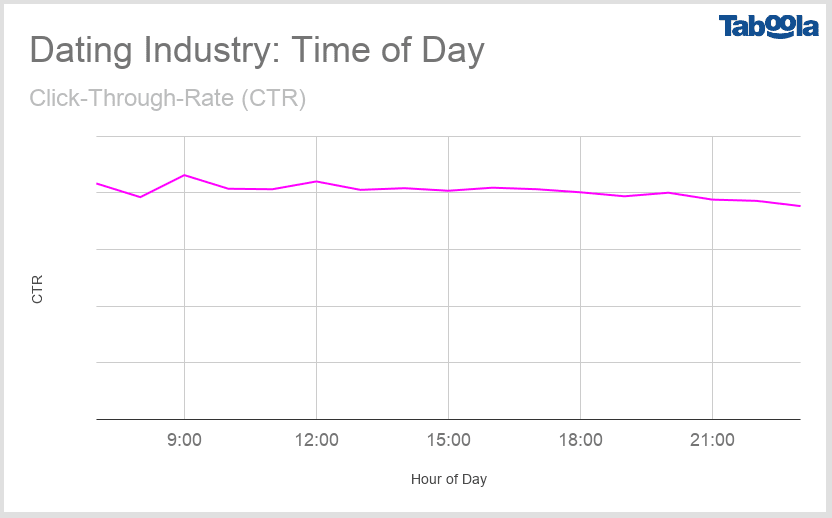 Surprised? We were, too. You’d think people might want to read more at night — especially about love—but it seems they’re more apt to flip through dating-related articles and videos during a morning commute or a lunch break.

That’s not the only surprise from our data, either. Recent image and keyword trends reveal valuable insights that will help marketers build more engaging campaigns this Valentine’s Day season.

This is surprising given how much audiences, platforms, and marketers have been investing in video. Eighty-two percent of B2C businesses say video has become their most popular content marketing strategy, and Cisco even predicted that video will drive 82% of all internet traffic by 2021. 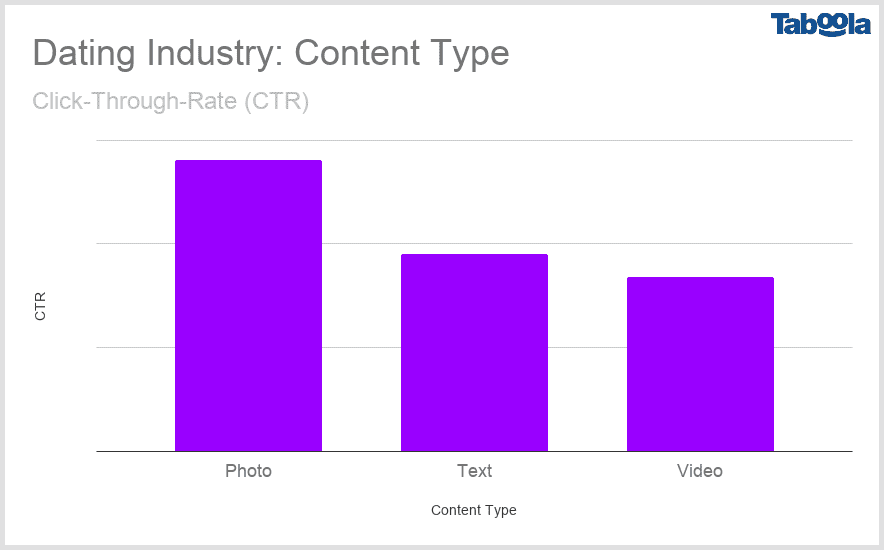 This, they can easily do by scrolling through images.

Wednesday is the day for love

Dating-related content drives the highest CTR on Wednesdays, and the lowest on Mondays. 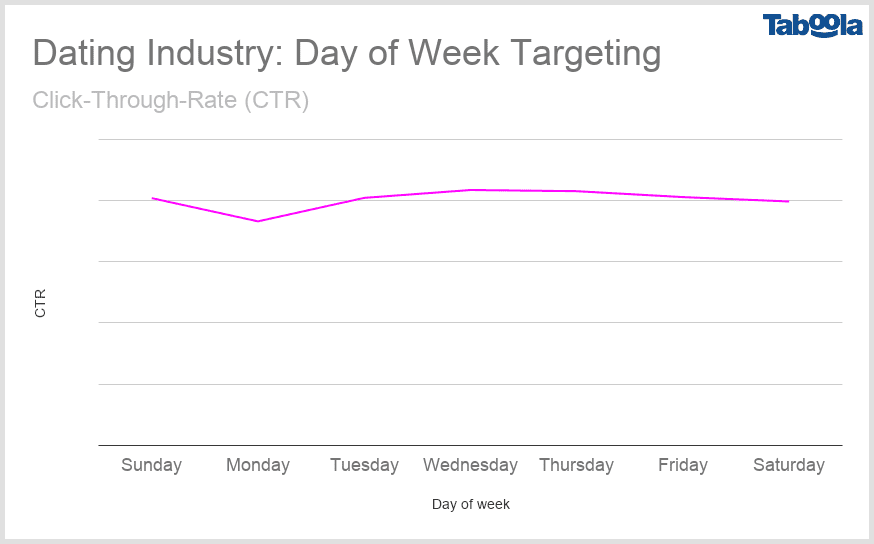 Simply put, it’s possible that the new work week distracts people from thinking about their love life—but come Wednesday, they’re back on the scene and setting up dates for the coming weekend.

This one isn’t so mind-blowing, but it’s crucial for your Valentine’s Day strategy nonetheless: Dating content receives more clicks from mobile and tablet devices than from desktop computers.

Aside from the fact that mobile usage is on the rise, there’s a simple explanation for this: People likely want privacy when reading dating content, so they won’t just consume it on their desktop at work our home. 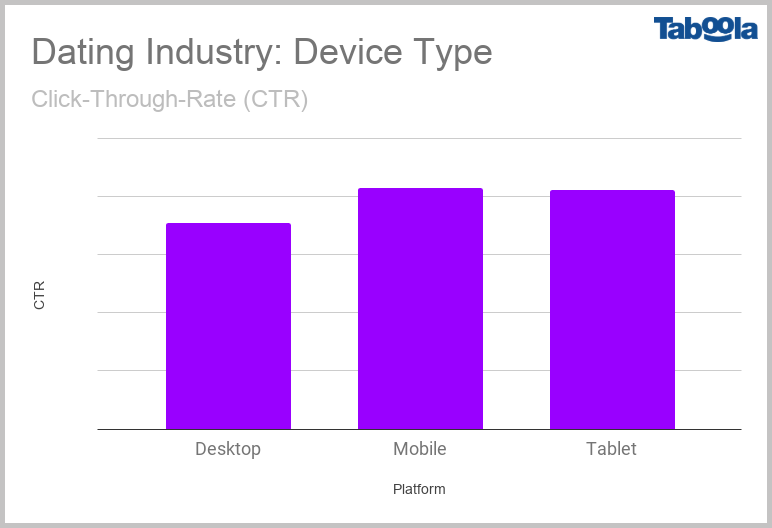 Instead, they’ll retreat to the comfort of their pocket devices. They might even consume their dating content on the go, such as during commutes and lunch breaks, as we found in the first section.

Photos may be a must-have format for your Valentine’s Day campaign, but that doesn’t mean you can just throw any old copy on your ads. 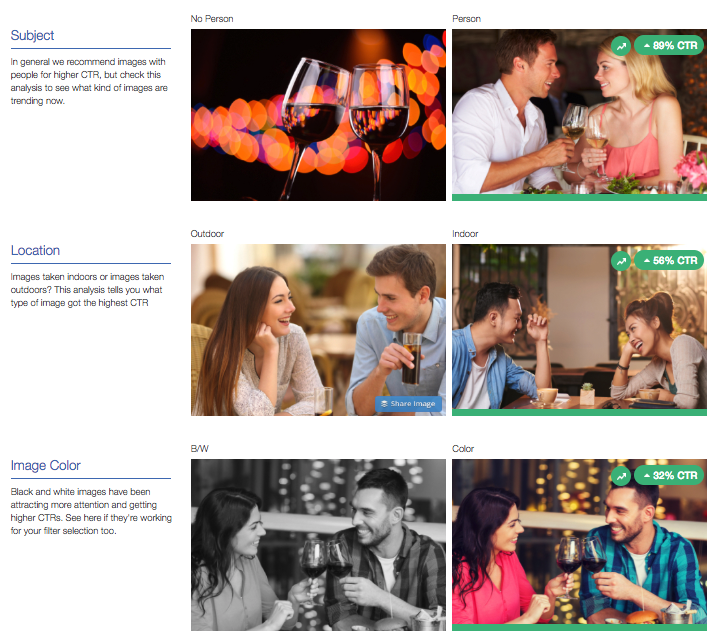 In fact, certain keywords have been proven to drive more clicks than others. As we found, these top ten terms have a positive impact on CTR:

Images with people, in color, and indoors triumph

Back to those clickable photos we mentioned in the first section. You know you need them, but how can you be sure you’re choosing the right ones?

Well, according to our data, there are a few types of images that clearly win over others:

Now, does this mean every photo you use needs to be of a woman from a distance inside with no food? Of course not. But these insights can be a guiding light as you prepare your Valentine’s Day campaign.

As with any marketing strategy, it’s important to make decisions based on your own audience’s interests and behaviors, and test your ideas against them to see which versions drive the most engagement.

Sure, it’s not as romantic as listening to a Ray Charles serenade. But with the right data at your fingertips, you can build more high-quality campaigns that win audiences’ hearts—and really, for a marketer on Valentine’s Day, what’s more romantic than that?