Since Apple launched ITP in 2017, the advertising industry is mourning the death of the third-party cookie almost as much as the actual Cookie Monster, who’s been popping up in social media memes since Google announced Privacy Sandbox.

First-party cookies are stored by the domain (website) you are visiting directly. They allow website owners to collect analytics data, remember language settings, and perform other useful functions that help provide a good user experience. For example, if you shop for shoes on DSW’s site, they’ll know you’re the same person when you come back. They won’t have personally identifiable information on you like Facebook does, but they’ll know you’re the same person.

What does a Cookieless World mean?

Nobody has a problem with the first-party cookies — not Apple, not Google — no one. They’re here to stay.

Retargeting is another good example. If third-party cookies are blocked, an ad tech company that can’t use first-party cookies won’t be able to identify users across sites and serve them retargeted ads.

Some companies rely on third-party cookies more (“The Cookie Monsters”), some less — it all depends on what data you actually need in order to drive value for your clients, and to web visitors.

Over the last couple of years, third-party cookies were already being blocked by more and more browsers (first Apple’s Safari, then Firefox, then Microsoft latest Edge browser). During those same years, we were able to make Taboola immune to the death of third-party cookies. Here are a few reasons:

So, operating in a world without third-party cookies is not a new concept for us. In recent years we’ve had to be successful in the wake of third-party cookies being blocked by browsers, regulations like GDPR and CCPA, VPNs, ad blockers, and other cookie-less environments. The following graph, comparing our yield on Safari vs. Chrome mobile, illustrates how well we cope with the blocking of third-party cookies, using our ability to utilize first-party cookies and contextual signals on publisher sites in order to personalize our feeds: 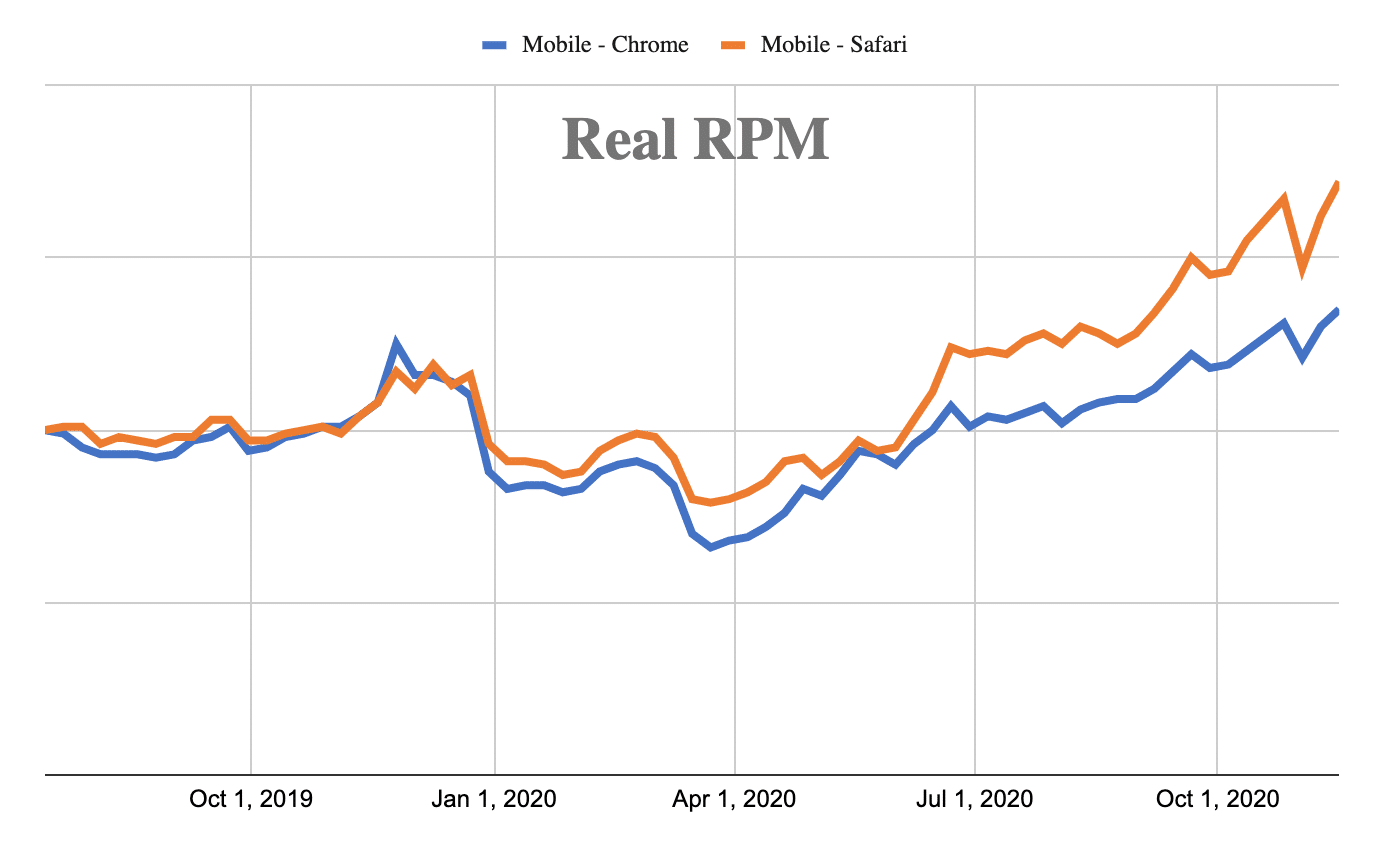 The chart above shows RPM on Safari has outpaced that of Chrome on mobile devices despite the fact that Safari blocked third-party cookies in 2017.

And what about Google Sandbox? As opposed to many unilateral actions to block third-party cookies, Google announced that from the very beginning of Privacy Sandbox, they would work together with the industry to balance the need for privacy with the needs of advertisers and publishers. Given our technology’s resilience to third-party cookies and Google’s commitment to a balanced approach, similar to how in the past, Adobe Flash was replaced with HTML5, we feel confident we will be able to perform well when Sandbox is rolled out.

This is a long journey, and while third-party cookies might go away, we’re fortunate to be a recommendation engine, powering our publisher partner’s editorial requirements which enables us to be resilient to these events, and stay committed to power recommendations for the open web.