Although the consumer sentiment index remains low at 51.5, and shoppers continue to have anxiety about inflation and a possible recession, doom and gloom are certainly not in the upcoming forecast.

In fact, there’s reason to celebrate because quite the opposite is true.

Consumer spending has remained relatively steady across multiple categories. At the same time, e-commerce sales flourished in July, growing 11.7% year over year, the first double-digit jump for the industry since December, according to Mastercard SpendingPulse.

Over the last few months, affiliate data from Skimlinks (a Taboola company) showed us that consumers primarily focused on buying wedding-related items and home goods.

Even though these trends were driven by specific events which are now over, advertisers and publishers can use the lessons learned to inform their strategies. Doing so will increase traffic, generate higher CTRs, and earn you more commissions.

Let’s take a more detailed look at July’s affiliate marketing trends and the key takeaways you need to know.

Shop Till You Drop at Nordstrom

Nordstrom’s Anniversary Sale is one of July’s most anticipated shopping events, perfectly timed with the back-to-school shopping season. Knowing that the sale appeals to fashionistas looking for the hottest fall and winter items and consumers with a splurge but save mentality, publishers who developed content about most wanted items and the best deals did exceptionally well in terms of commissions earned.

If you are a publisher and missed out on promoting this sale, fear not because another major one is right around the corner! Bloomingdale’s 150th Anniversary Sale is starting September 8th. Consumers will want to snag many of the thousands of discounted items, and you can point them in the right direction while increasing your revenue.

Key Takeaway: Publishers should cover the top deals during anniversary sales, and advertisers should plan to run competing campaigns. Consider running your own anniversary sale, as consumers are willing to spend if the deal is too good to pass up. 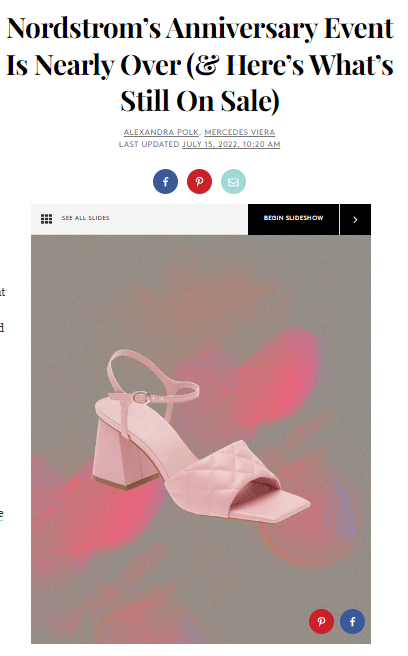 We all know the phrase ‘sex sells,’ and you’ve probably even levied it at some point to create clickable, drool-worthy content or campaigns for your brand. Well, July 31st was National Orgasm Day. Yes, that’s really a holiday.

As with many of these fun, if not somewhat whacky social holidays, people celebrated by buying sex toys and taking them for a spin between the sheets, after all, the day is about sex positivity.

Again, the holiday itself is over, but the sex toy market is banging. By 2026, it will be worth $54.6 billion, with an accelerated CAGR of 11.27%. Beyond July, sex toys are consistently top sellers for publishers. We often see a spike in purchases in the months leading up to Valentine’s Day and Christmas. With July now in the mix, sex toys can boost your commissions all year.

Key Takeaway: If you’re a publisher with the right audience or an affiliate marketer ready to target sex-positive consumers, this is an opportunity worth taking.

Focus on creating evergreen content that promotes the most loved products and keeps things fresh with articles about the newest tech-infused toys. As always, consumers will love and appreciate guides on the best deals.

If you’re a sex toy retailer, consider mixing up your marketing for the rest of summer. Perhaps run a Labor Day sale! 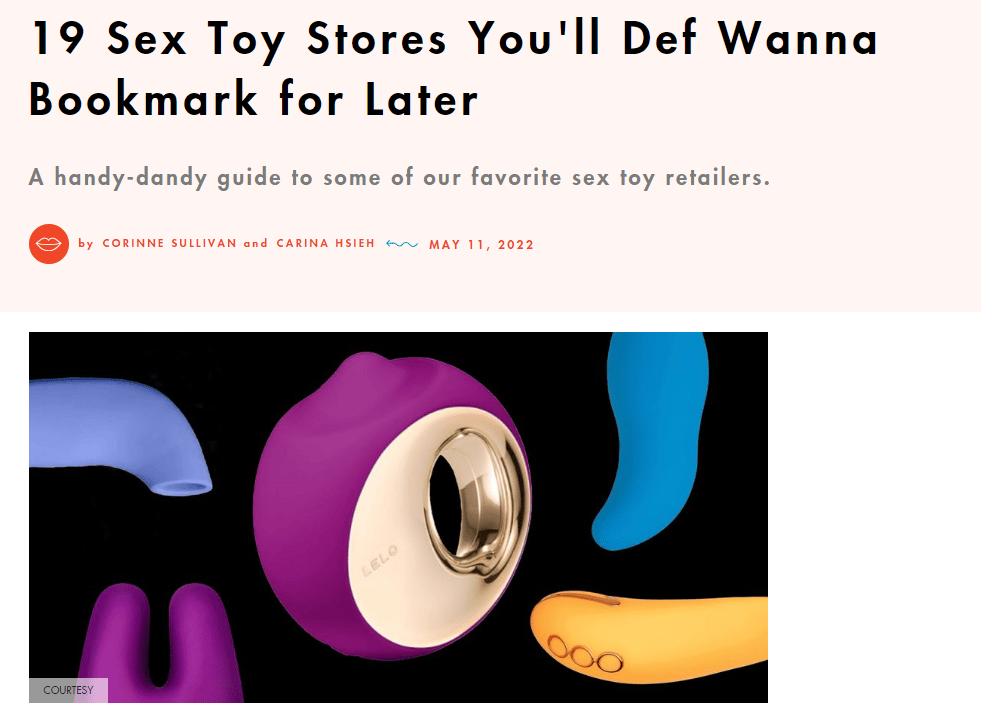 Cord-cutters are still trying to fill in the gap left behind when they gave up their traditional cable packages. Even though many streaming services have been around for some time, consumers still search for ways to stream different shows, especially big games or sporting events. That’s exactly what we saw in July’s search trends, spurred on by MLB’s all-star event and the Real Madrid versus FC Barcelona Club Friendly match. Articles and campaigns about how to stream live sporting events will surely attract lots of engagement, winning you fans and revenue.

As the global sports online live video streaming market is set to skyrocket and be worth $87,338 million by 2028, developing content that speaks to this audience will pay out in spades.

Key Takeaway: This is a very promising and potentially lucrative insight for US streaming services as we approach the 2022-23 NFL season and the World Cup. Maximize brand impressions on premium sports publishers at scale with Taboola’s High Impact Sports Package.

With Taboola’s High Impact Sports Package, brands can capture user’s attention when they are engaging with the content they are consuming in an editorial environment such as on ESPN, NBC Sports, or CBS Sports.

Publishers can win big by promoting streaming services that offer live sports like Hulu, fuboTV, and Sling TV. Most viewers include the phrase ‘how to watch’ or ‘how to stream,’ so be sure to mimic that language in your content and native ads to get the best bang for your campaign buck. 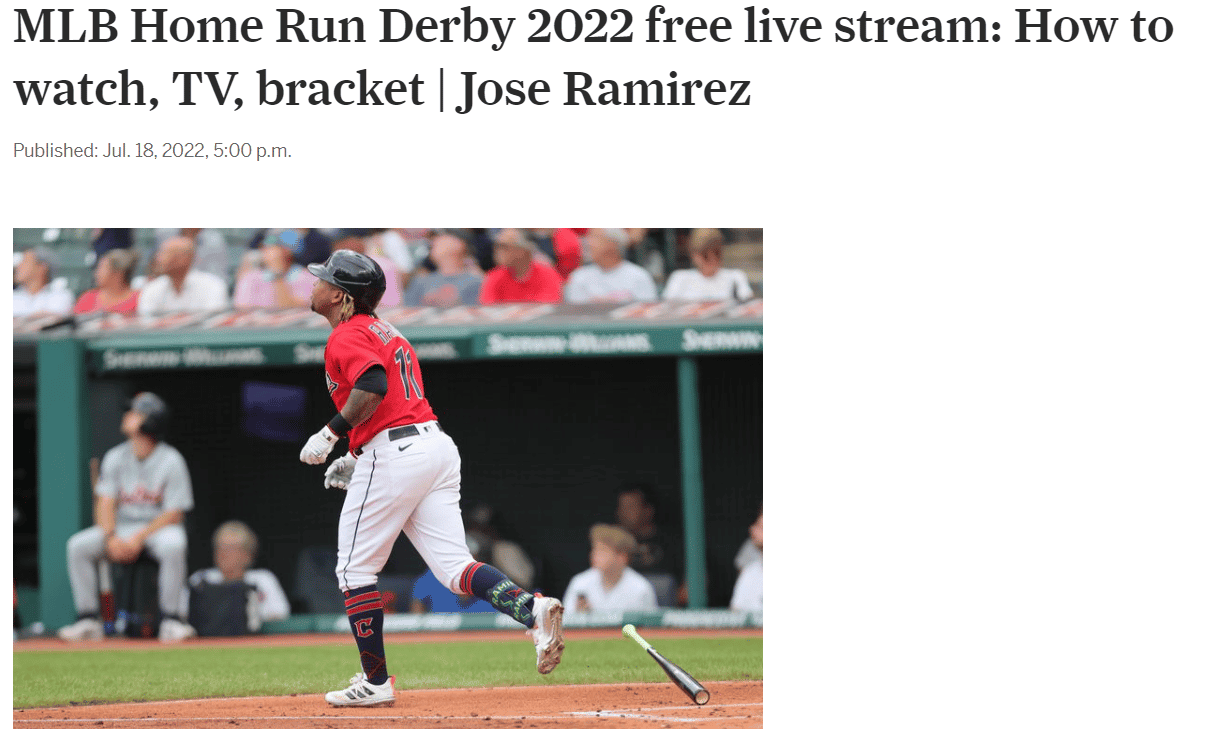 Have a Sweet September

Now is your chance to end Q3 on a financial high and feel good as you go into the craziness of Q4 and holiday sales.

Each trend discussed here may have been instigated by something specific in the calendar, but all of them should prove popular throughout the rest of the year, so it’s definitely worth taking the time to understand them and incorporate them into your marketing strategy.