The world of advertising operations is tough—and it’s often even harder to make it to the top as a female executive in the space.

It takes perseverance, the willingness to learn, and a keen sense for what drives both the business, and audiences to action.

We sat down with female leaders from the Financial Times, Scripps Networks Interactive and Condé Nast UK—to talk about how they got to where they are today, and the advice they have for young women looking to advance their careers in honor of International Women’s Day, celebrated every March 8th. 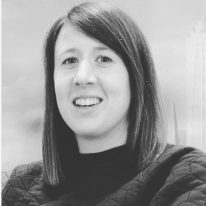 Lucy is proud of the growth that she has achieved throughout her career, and knows that she wouldn’t have gotten there without good people at her side.

“Honestly, it was probably by accident. Either it was an accident, or a combination of working hard, having some really inspiring managers, and constantly being given opportunities to develop.”

“It’s important. I tend to have cycles, usually based around a holiday. After I come back from a holiday, I find I’m really strict with myself—I leave work at a reasonable hour and don’t check emails in the evening. As that holiday becomes a distant memory, I slip into bad habits again. I then go on holiday again, and the cycle continues.”

“When I started working in digital marketing, page views seemed to be the only success metric people paid attention to.

Data points and analytics then became more sophisticated, and it became clear that these metrics completely ignored things like audience relevance or engagement. The first few years of my FT career were centred around this—educating stakeholders and clients on the importance of quality over quantity.”

“A couple of things, I guess. Dealing with conscious (or unconscious) bias, and how to navigate through taking time out to have children.” 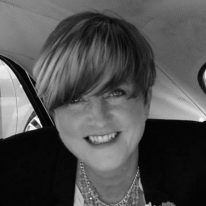 “Someone once said to me: ‘you know what your trouble is? You deliver!’ And at that time for that organisation, that was a bad thing. Would they have said that to a man? I’m not sure. In response, I decided to take the risk to leave that organisation and go somewhere where ‘delivering’ was valued.

The fact that I’m contributing to this blog and on the board of WICT UK means to me that things aren’t yet stacked in favour of women, neither in the workplace nor in leadership positions. It’s a subject I am passionate about and once your eyes are open to the inequalities, I think it’s a woman’s responsibility to speak out, no matter how seemingly small the situation is and even when the risks of doing so might be significant.

I think it’s especially important the more senior you become because you carry more influence and you can embody the change you want to see. I try to do that wherever I see injustice, whether gender related or powered by all the other prejudice that often operates underneath the surface. Sometimes the intention is positive but the outcome is not, and bringing it to someone’s attention stimulates different thinking and behavioural change.”

“In the first 20 years or so of my career, I would work long hours—working on weekends and spare moments – just to keep up and to be what I thought was ‘being ahead.’ Over the years, I’ve realised it’s the quality of time you spend at work, not the quantity of time.

With a phone and a laptop, you can work wherever makes you most energised. Without downtime, you can get stale and find it takes much, much longer to solve problems and make good decisions. Be kind to yourself to do your very best work.”

“An opportunity to drive revenue was being missed. I found the data to back up my argument for a solution I was advocating for, and I involved all the relevant people to make the case with me.

I told the story to the decision makers early on, one-to-one, many times, rehearsing and polishing my argument, and even gave them the language to use when they spoke to each other. I then set up one big meeting with every stakeholder invited and led the presentation but handed over the detailed parts to the experts—their decision was a resounding yes!”

“Women are still paid less than their male counterparts, they are often evaluated with different criteria to men, and they are still subjected to degrading sexual commodification.

The challenge comes when sometimes more senior women become the worst critics of other women and treat them differently. Equally, younger women may feel there’s no need to think about gender in the workplace, but the moment we forget that, inequality becomes normalised and nothing changes.” 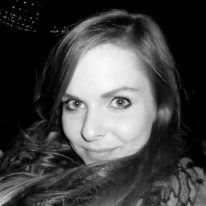 Agy didn’t land in her position by accident, she had to make the case to executives and prove that she was the right person for the job.

“I started as an advertising operations executive in 2013—I later had the opportunity to take on a team of  five in 2014 and then become head of operations in 2015. It was during this transition that I had to prove ‘why me,’ for this title. I wanted to represent my team fairly, and I had to do it in the right place at the right time.

This transition was really hard. I’m a really detail oriented person, and letting go of some hands-on tasks was different for me, but I ended up letting go so my team could be more independent and work things out for themselves.”

“It’s so important. I have to be really strict with myself—but I’m a lot better than I used to be. I don’t stay at work late anymore, but it’s made me a lot more mobile. I do end up working from home and answering emails on my cell phone, but  I advocate for getting away from the office. I always tell my team to get up and take a walk.”

“When I took on my first team, it was a completely flat structure until we hired our first ad ops intern. I found it difficult to operate without a structure where pay levels were consistent and there was a clear hierarchy. This made people management challenging, so I changed it.”

“Exhaustion. How much longer can we keep trying to shout the loudest, work the hardest and jump the highest to get to the same point as, dare I say, any man? We need to stop questioning our work, and demand what we deserve.”

Taboola has been working with Financial Times, Scripps Networks Interactive and Condé Nast UK since 2013, 2014 and 2015 respectively.