The Tokyo 2020 Summer Olympics As Told By The Open Web

Before the Olympic flame is lit and the opening ceremony takes place in Tokyo, we are diving (or swimming, running, or jumping) into the open web’s data behind the 2020 Summer Olympic Games. And no, we’re not talking about who will take home the gold, silver, and bronze medals (we wish we could predict that!). Instead, we’re uncovering the most-searched Olympic news across our premium partners’ websites.

First things first, after the potential cancelation of the Olympic Games due to the COVID-19 pandemic, and overseas spectators banned from attending because of restrictions, are fans still enthusiastic about watching this year?

513,206,200 pageviews on our publisher network since the start of 2021 say yes. Based on pageviews, check out which countries are the most interested in tuning in and which won’t be keeping score.

We’re sure this won’t come as a surprise, but only one of the six countries in the top six least-engaged countries by pageviews mentioned, Eritrea, is competing in the Olympic Games. Thus, we can assume fewer publications covering the Olympics in these regions, therefore, fewer pageviews.

With well-known (and well-searched) athletes, including Caeleb Dressel and Megan Rapinoe, aiming to represent Team USA, it’s no wonder the United States’ pageviews sit at the top of the podium.

There’s no doubt that with 33 different sports to watch between July 24th through August 9th, fans want to know exactly when to tune in to see their favorite athletes and teams compete. But which sports are fans most excited to watch? We let the open web tell us which sports have been searched the most (and least) in conjunction with the Olympics in 2021. 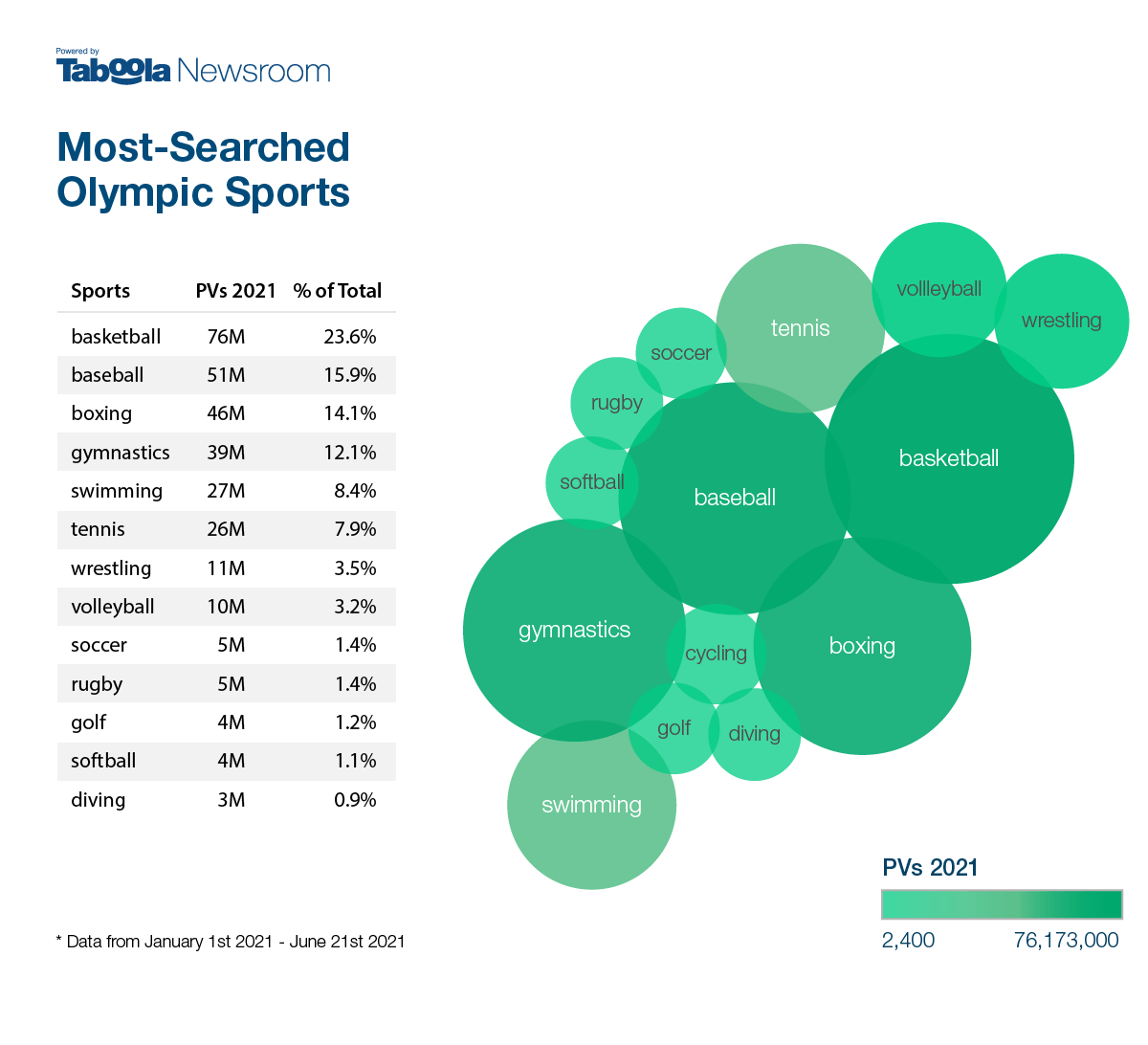 Team USA has no shortage of basketball royalty in agreement to represent at the Olympic Games, including Kevin Durant, James Harden, and Chris Paul. Olympics fans who haven’t had their fill of basketball during the NBA season will be eager to watch their favorite players shoot hoops as a united front.

Surprisingly, placing fourth for most-searched sports is gymnastics. Considering the coverage around Simone Biles (AKA, the G.O.A.T.) from premium outlets including Marie Claire and Shape Magazine, we would have predicted gymnastics would rank higher.

We’re going to cut Sports Climbing some slack on its lack of pageviews, as the sport is new to the Olympics this year.

Still unsure which Olympic mentions will bring sports-lovers to your site? We’ve compiled the most-searched keywords in 2021 in association with the Olympic Games for more inspiration. 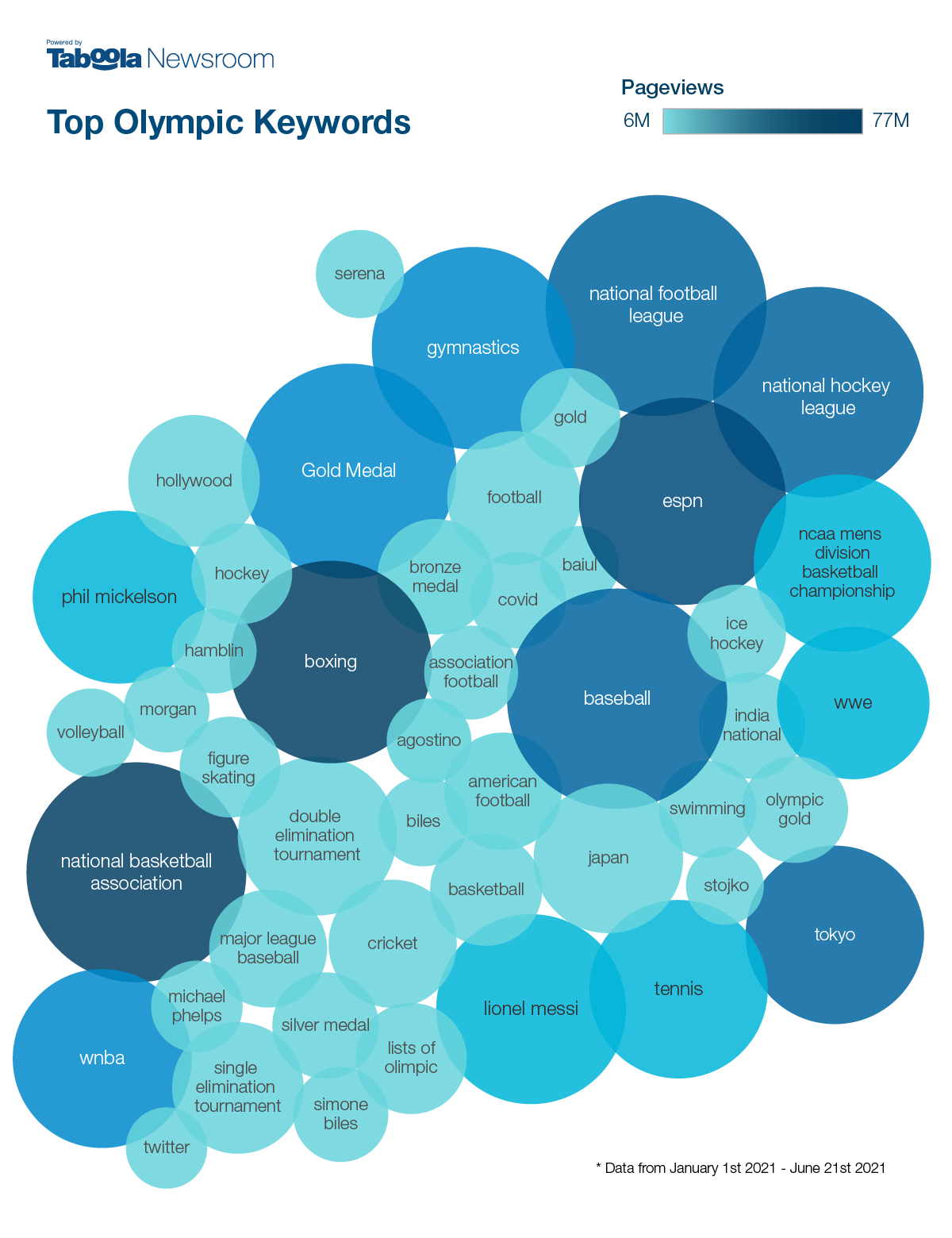 After a yearlong postponement, we can’t wait to tune in to the 2020 Tokyo Olympics. We wish the best of luck to all participants and look forward to seeing our partners’ coverage of the games!