What’s up is information density. You could call it shocking.

In fact, in 2014, Mark Schaefer characterized the phenomena as “content shock,” where the volume of content is so intense the idea of succeeding with content marketing becomes unviable for many businesses in many niches.

Mark wrote the foreword to the new Content Trends Report 2018, authored by Steve Rayson of Buzzsumo. In it Mark writes:

“The economic value of simply publishing content is zero – unless it is seen and shared. When even the most successful content producers are seeing their posts, videos, and infographics stall against the wall of content shock, it is time for us all to recognize the battlefield before us.”

He then turns it over to Steve who lets the data do the talking.

The timely report—mostly about the decline in social sharing—is available free here. 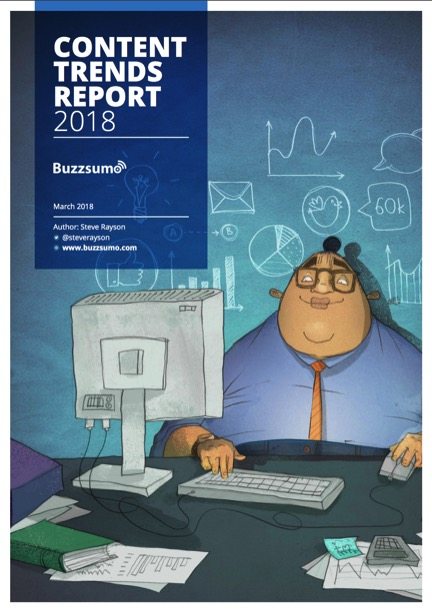 Social referral traffic is down

Though the report is full of data-driven insights, its main bullet is engagement across social networks for publishers and marketers has nose-dived since 2015.

A major shift has occurred in referral traffic. Data from Shareaholic shows traffic from social peaked in late 2014 and has declined since. Rayson says the decline in social referrals is almost entirely due to Facebook.

He also points out the data relates primarily to publishers. When you look across the entire universe of websites, traffic from Google has always exceeded social, according to data from Jumpshot.

“Your content approach from three years ago is 50% less effective,” writes Rayson. He’s speaking to the report’s most alarming conclusion, an update on social media shares.

As anemic as the numbers sound, they may even be worse because the Buzzsumo database seldom indexes content with zero shares—and there’s plenty of that.

Three reasons sharing and engagement is down

We’re back on the subject of information density again. Simply stated, when the volume of content rises, shares per post declines. 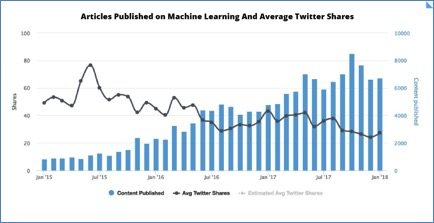 Content volume up, social sharing down. To demonstrate the point, Buzzsumo chose to depict a chart plotting the volume of content published about “machine learning” and the average Twitter shares earned.

Also—and clearly—the data suggests publishers enjoy much more social sharing when they get in early.

Facebook’s changed its algorithm a number of times, but the theme remains the same: content from publishers and brands will be filtered, demoted and appear far less on Facebook feeds.

Data from GetSocial suggests private sharing (mostly via messenger apps) is more than twice as large as public sharing.

The Content Trends Report 2018 addresses the slump in further detail and makes the case for a broad decline in social sharing by calling out several types of content, publishers, and marketing blogs. I’ll summarize below.

But stick around for what follows: a glimmer of good news concerning content that appears to be surviving the slump. 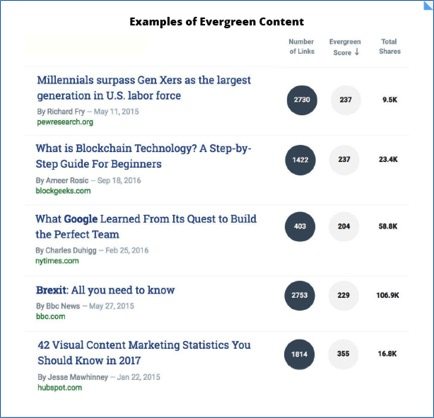 Content marketers don’t universally agree on what constitutes evergreen content or even if such a thing exists. Rayson submits his observations in the report claiming posts that qualify as evergreen have at least one of the following characteristics. They are:

Facebook’s changing. Are you?

As it approaches its conclusion, Buzzsumo’s report comes back to Facebook yet again. Readers are reminded that Facebook engagement declined 20 percent in 2017 and the trend continues.

A 2018 update to the Facebook algorithm that prioritizes content from friends, family and groups will further reduce the visibility of publisher content in the news feed. Obviously, engagement will take a hit too. You can’t engage with content you never see.

The report concludes with a 10-point action plan for content marketers and publishers.

Let’s revert to number 7. Steve writes, “In a world of content saturation you cannot publish and hope people will find your content. You need a promotion strategy. This may include paid promotion, outreach, influencer sharing, and staff sharing.”

You heard from me in a recent post on the Taboola blog, How to Scale Your Reach When Search and Social Ads are Budget Busters.

“If expanding your audience is a critical challenge for your brand, native advertising presents a powerful third option, a potential new frontier to make your voice heard.”

An investment in the Taboola content discovery network enables you to scale to reach a larger audience.