Even the most targeted campaign can only succeed with the right creative message. Digital marketers routinely test dozens, if not hundreds, of headline and thumbnail images, seeking the most impactful combination—but in any A/B test, the question remains: What are you optimizing towards?

On the Taboola platform, which is powered by our predictive algorithm, campaigns are typically optimized towards engagement. This works well when refining an already-proven set of creative combinations, but in earlier exploratory stages, our partners have reported that it can result in one or two highly “clickable” creatives receiving the lion’s share of impressions (even if those combinations don’t deliver the best post-click performance).

Today, we’re excited to announce a new A/B testing feature, Even Traffic Allocation, that gives advertisers the ability to choose how they want traffic distributed amongst the creatives in their campaign. 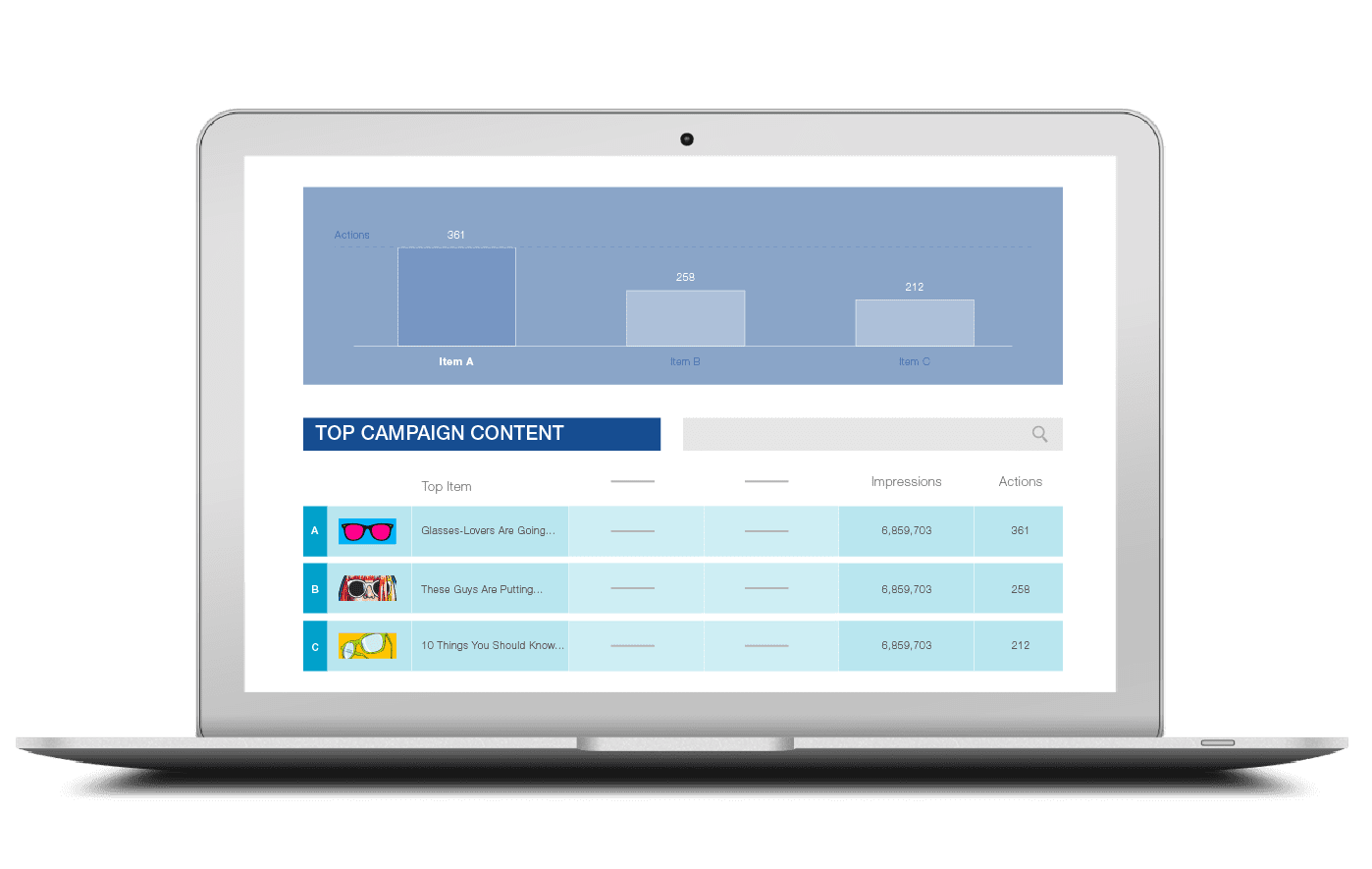 This approach can help advertisers identify promising new creatives, by ensuring every combination receives a fair shot, before unleashing Taboola’s predictive engine to drive engagement across the “winning” items.

Step 1: Test new campaign creatives with an “Even” traffic allocation.

When launching a campaign in Backstage, our partners can now choose between “Optimized” and “Even” traffic allocation. The former refers to Taboola’s standard, algorithm-driven distribution, while the latter ensures that each combination receives the same amount of impressions across approved sites and platforms.

We recommend that partners use “Even” traffic allocation any time they are testing a new batch of creatives. This strategy provides a window during which every combination has an equal opportunity to succeed, and advertisers can evaluate performance based on conversions rather than just on clicks.

Before launching your campaign, make sure you have a KPI in mind, whether that be time-on-site, email sign-ups, purchases, or some other user action. Then, as the impressions roll in, evaluate which creatives are driving the strongest post-click performance, and gradually pause those underperformers who may report a high CTR but suffer from low conversion rates.

Advertisers should test no more than 20 creatives per campaign, and a slightly higher cost-per-click (CPC) (~25%) may be needed to ensure that every combination receives a minimum threshold of impressions. This premium will translate into a more efficient ROI in the next step.

Once your campaign has completed this trial period, it’s time to focus on the creatives that are driving the best overall results.

Review your data and look for the combinations that most effectively deliver on your KPI, a value that can be tracked as cost-per-action (CPA) in the Backstage dashboard. Then, isolate those creatives by either pausing all other underperforming items, or by creating a new campaign that consists only of those winning combinations.

Finally, choose a CPC that backs out below your CPA goal, and set your new campaign to “Optimized” to again put Taboola’s predictive algorithms to work. In the coming months, our R&D team will be developing a solution for automating this isolation process, but until then, we recommend that our partners manually monitor end-to-end conversion rate as outlined above.

We hope this new, two-step optimization process will enable our partners to continue leveraging the power of Taboola’s personalization technology, while ensuring they don’t miss out on any promising creative combinations in the exploratory phase of their campaign.

As with any new A/B testing initiative, don’t forget to consider how your learnings from Even Traffic campaigns can inform the kinds of content or ads you promote in future marketing efforts.

Optimizations are a powerful tool for improving near-term performance, but they may be even more valuable as a source of knowledge and best practices to guide your decision-making over the longer-term as well.