You can’t say, “there’s an app for that,” anymore. In 2010 Apple trademarked the iconic phrase originally used in one of their iPhone commercials.

They made the move because so many people were using their slogan. Like every brand’s dream, it rang true for not only their product, but the entire market of smartphone users.

People have problems, big and small, and app developers are constantly working to solve them.

At the heart of this mission are utility apps.

Extremely popular with mobile users, applications like Uber, IFTTT and 1Password have not only become popular, but have changed the way our mobile devices impact our daily lives.

The thing is, they can be hard to monetize. It’s hard to keep users engaged in this type of app once they’ve completed a task, especially by design if the app is an effective utility. Think; get in, get out, and onto the something else, ahem Instagram.

Common choices for monetization are readily available. They’re mildly effective at best and often intrusive, annoying, and cause friction with your users.

What if there was a better option? One that’s engaging, and may even improve the user experience, while still being a more effective way to monetize

Utility apps you love are likely ingrained in your day and opened often. But beyond serving their purpose, they’re then closed and forgotten about, again by design. The stickiest apps have many micro-uses throughout the day.

The two most popular ways to generate revenue with them are by charging customers outright for the app itself potentially limiting distribution, or including in-app ads.

Charging outright is a gamble. Only 10% of these apps turn a profit, and it’s sometimes hard to get a first-time user over the hurdle of paying, so most choose to go the in-app ad route.

Let’s be honest though, the ads are annoying and negatively impact user experience. A necessary evil, if you will—so you can keep the lights on and pay your developers.

Advertisers are taking notice—spend in format is starting to plateau. According to eMarketer, the growth percentage of in-app ad spending actually dropped 2.5% from 2017 to 2018 to single digits—a clear sign of maturation. 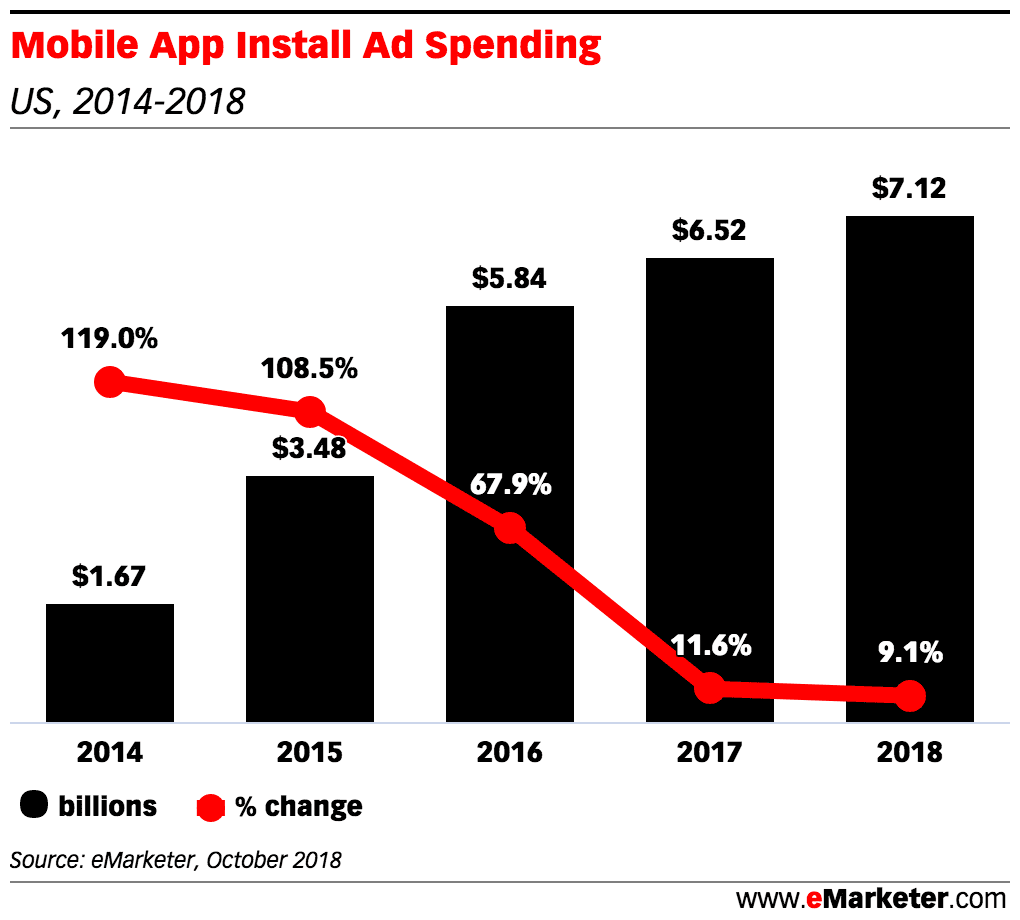 If less and less advertisers are spending, the revenue that comes from those ads is soon to follow.

The solution lies in the sweet spot—monetization methods need to include both a good user experience so users actually engage, as well as the opportunity for advertisers to capitalize on their audience.

What’s more engaging than an ad? Valuable, relevant, timely content, including video, served directly at their Moment of Next—when they’ve completed a task and are ready to discover something new—all within your ecosystem.

The future of app monetization is not ads, but content.

Popular providers like Media.net, Admob and StartApp are effective for traditional advertising methods, but they only have traditional display ad offerings.

Ads are not engaging, often not relevant, and almost always annoying.

What you need is an engaging environment with relevant, premium content from brands and publishers alike. Oh, and wouldn’t it be great if that content was directly relevant and valuable for each particular user?

When you work with Taboola, we bring the intelligence of our algorithm alongside publisher and brand relationships to do just that.

We want to create supply where there is demand, and also inventory where it does not exist today—your app.

The future of advertising is evolving. As savvy app users become blind to traditional advertising methods, advertisers are buying less of these impressions and app developers will need a monetization solution that provides those users a more valuable experience.