Advertising is the harbinger of economic slowdowns.

Past recessions like the pandemic and The Great Recession were each preceded by a dip in digital ad spend, which acts as a crystal ball for the economy’s future. This happens reliably — businesses that experience a slowdown in consumer spending naturally look to cut costs, some of which is taken from certain digital ad campaigns.

When the pandemic hit, advertising spend sharply dropped by 17.5%. Branding campaigns, which are notoriously hard to attribute to revenue, were the first to go. Within a few months, that pandemic effect recovered from many new performance advertising campaigns, which were born to promote necessary products like masks, food delivery, online healthcare services, online education, and more.

Today, we can tell we’re in a recession based on similar trends in ad spend. YouTube and Snap are both down 25% in advertising revenue, and Twitter is down 11% below estimates, indicating a similar macroeconomic environment to 2009 and 2020. But history also reassures us that the initial drought won’t last long — advertisers will double down on performance seeking clearly measurable outcomes, and some recession-resistant businesses will increase digital ad spend aggressively, capturing opportunity where others see only threat.

Ad spend isn’t the economy’s only crystal ball. During the pandemic, we found that readership data, which tells us what America is reading about, frequently correlated to which businesses would thrive, and which are likely to be those that pivot to a focus on performance advertising. Hot readership topics often indicate people are “in-market” to sign up, try out, or buy related products.

Intuitively, we see readership decline in obvious places like luxury goods and the housing market. Luxury goods from brands like Chanel and Michael Kors are being read about 52% and 38% less respectively. Cars like Ferrari and Maserati have declined by 16% and 64%. Real estate has declined by 12%, and nice-to-have gadgets like smartwatches are down by 12%. We even see people reading about Rolex, up 396%, since their second market price has taken a nosedive. 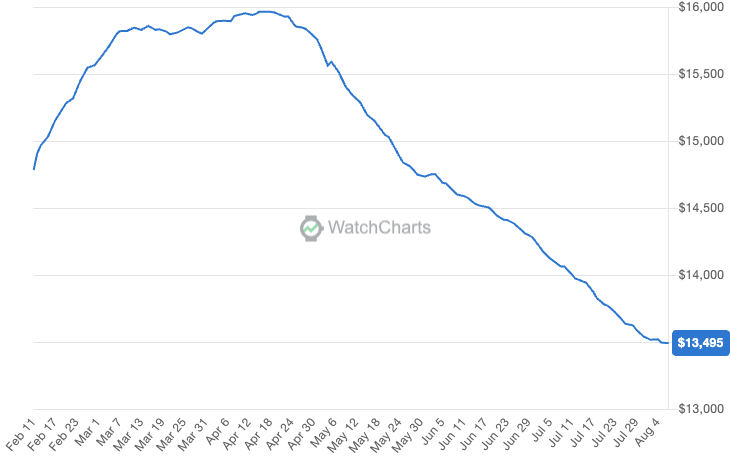 We also see some categories picking up steam. This time, we expect to see similar success in travel, streaming and gaming and insurance.

Unlike other recessions, it’s possible consumers will still choose to travel. Delta posted a quarterly profit thanks to a surge in flight travel. According to Delta CEO Ed Bastian, the airline saw a “massive surge in air travel this past quarter” that “continues to grow.” Airbnb also predicts its revenue will grow between 69% and 75% percent next quarter.

After several years of restricted travel due to the pandemic, we’re also seeing signs of resiliency to a recession in our readership trends. Topics like flights are up 217%, air travel 155%, cruises 72% and trains 29%. 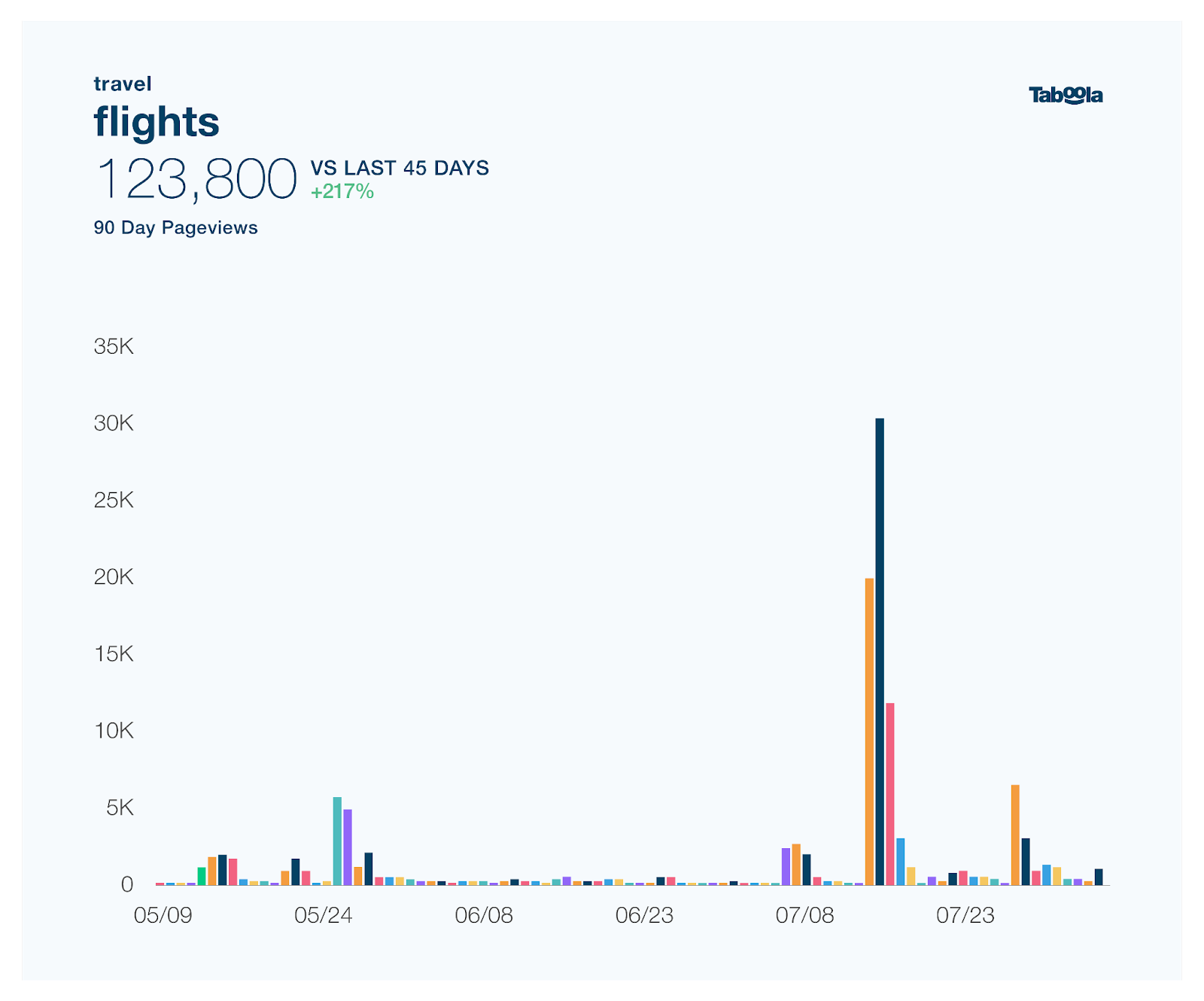 People might buy less luxury goods or think twice about a new mortgage, but they’re not giving up entertainment. Signs already show Netflix might be turning it around as more people stay at home to watch TV during the recession. Others like HBO and Disney+ have a growing subscriber base. Nintendo users are growing too, and now more than 10 million people have streamed an Xbox game.

Readership trends tell a similar story. We’ve seen a surge in interest in old classics like Jeopardy, up 80%, The Godfather, up 531%, Lord of the Rings, up 1,204%, The Golden Girls, up 54% and The Walking Dead, up 149%. Similarly, popular game release Pokémon Legends: Arceus has increased in popularity by 118% in just the last 90 days. 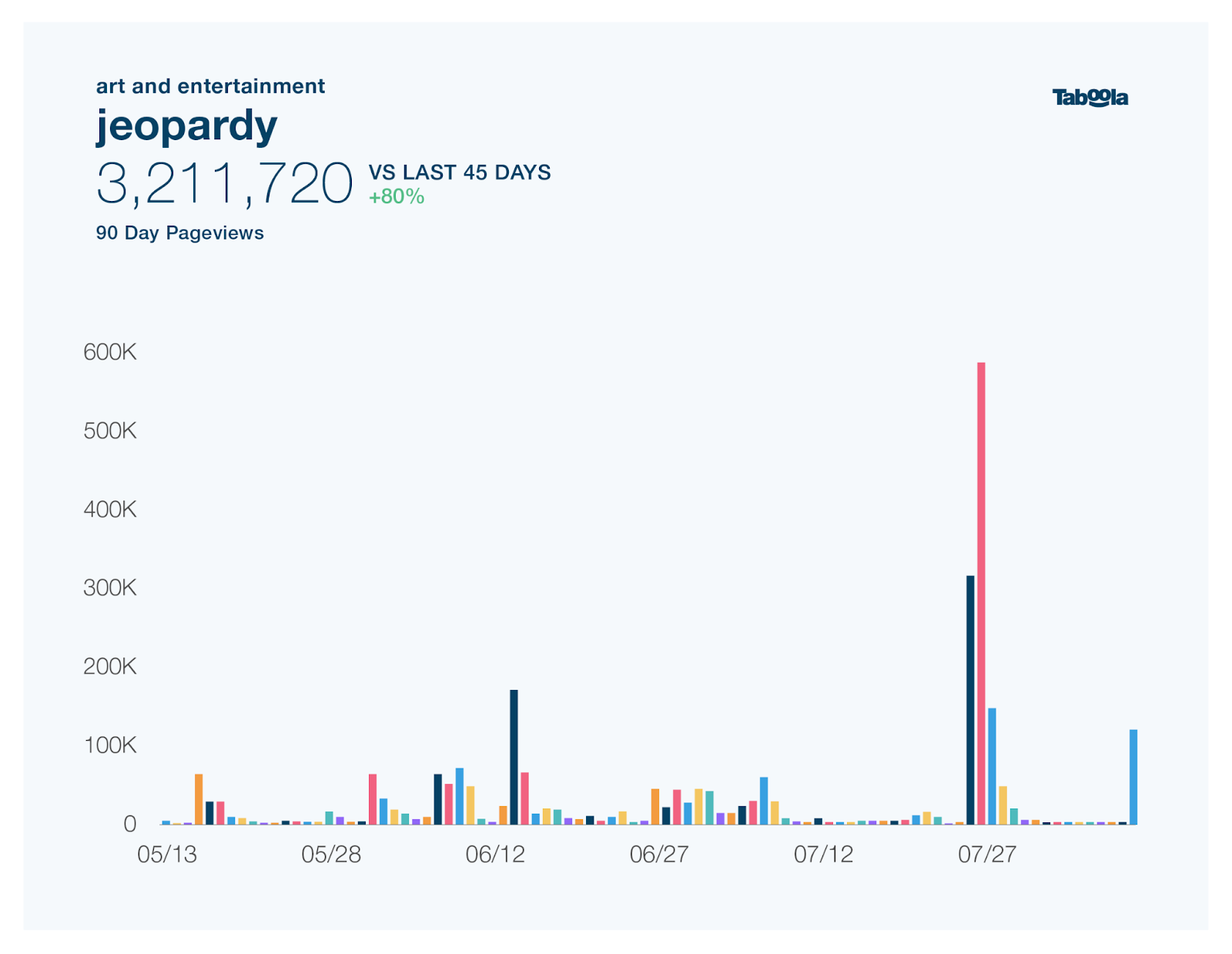 The demand for insurance is usually less sensitive to price or buying power. Some expect the demand for healthcare to rise during a recession as people seek help with mental health. Companies like UnitedHealth and Travelers have already reported revenue increases.

Consumers online are reading about topics like health insurance and life insurance 269% and 433% more. 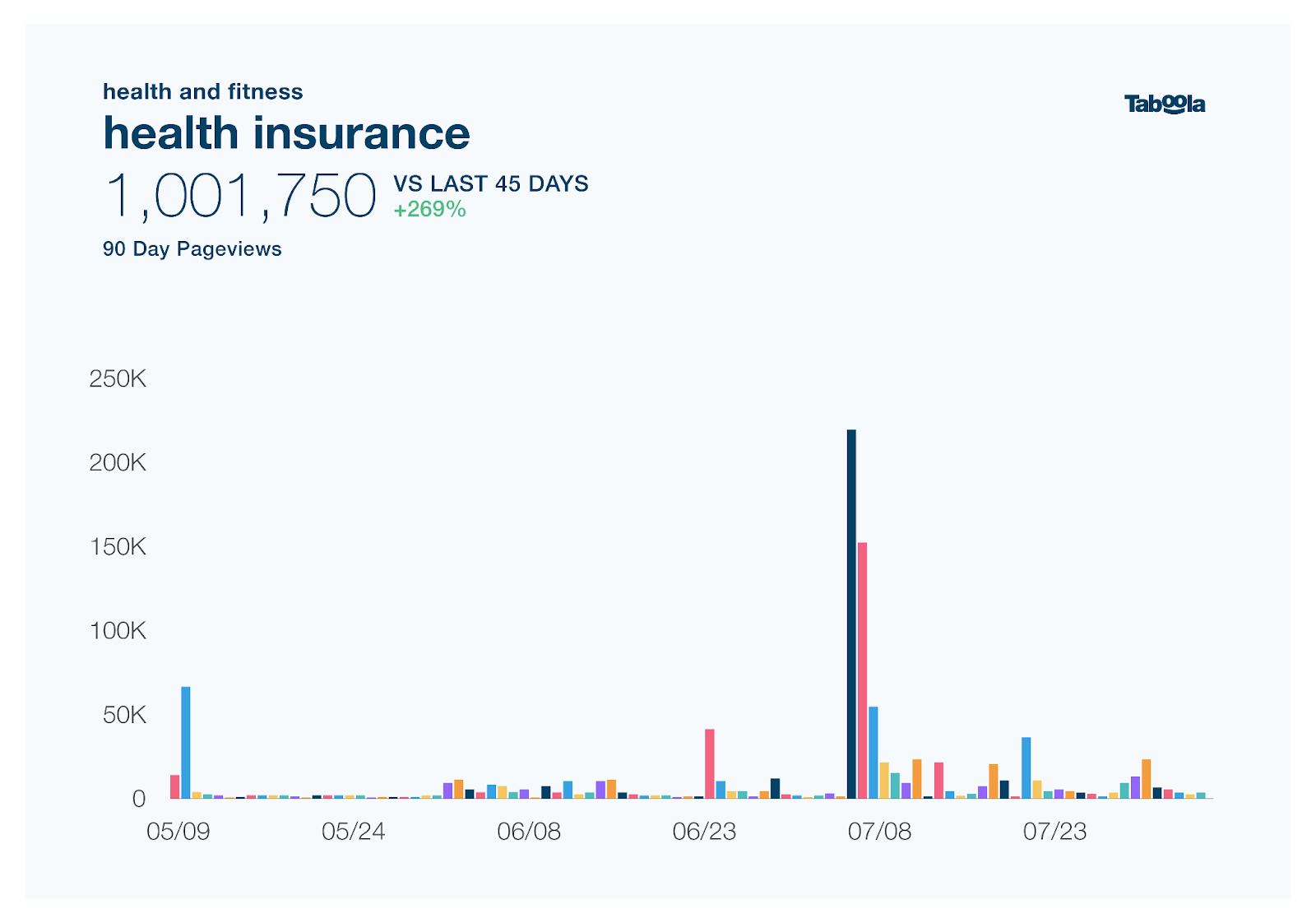 Uncertainty is Best Met with Certainty: Thriving Industries Will Rely on Partners That Show Them Exactly What Happens With Their Ad Dollars

In times of economic uncertainty, certainty over the impact of ad spend will be paramount. The initial downturn in ad spend today will transform, and we’ll see a surge in performance-based advertising. The companies that participate will seek accountable advertising, and work with partners that can show them exactly how their spend impacts their bottom line.

We now have the opportunity to see what people are curious about using readership data, as these graphs demonstrate, to predict which businesses will surge in this recession.

In fact, some predict that digital advertising will continue to grow double digits in 2022, despite the recession. This extraordinary growth would indicate advertising is outpacing the economy even when adjusting for inflation.

Data analysis was sourced from aggregated readership data from more than 1,000 Taboola publisher partner websites in the U.S. and our Taboola Newsroom product, which analyzes more than 8 billion page views per month. Data for this piece was analyzed from readership associated with more than 16 million page total views related to the topics outlined in each section, from May 9th, 2022 through August 11th, 2022.