No one could have anticipated the way 2020 would impact everyone’s way of life, and the exact impact differs depending on where you are in the world.

Exactly how the pandemic affected Australia is unique. We took a look at Australian news topics to understand how the coronavirus changed work and play.

We focused on trending topics within our network of publisher partners in Australia to understand the interests and concerns of readers.

A surge in page view traffic to certain topics over the past few months showed some of the ways that living through a global pandemic has impacted Australians’ lifestyles. We’ve also seen similar trends globally due to the impact of COVID on people’s routines and daily lives.

1. Holidays, but make it pet-friendly

Since international travel is limited and people are spending more time with their furry friends, traveling domestically to pet-friendly locations has become a key consideration when looking for a getaway spot. 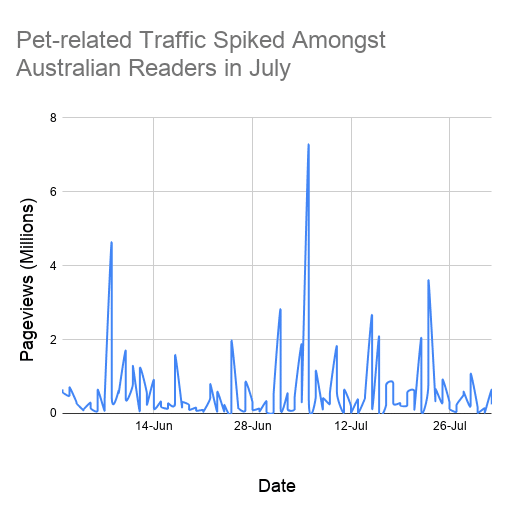 From June 1, we will be allowed again to travel within our state for recreation and holidays!🧡🚙🐶🙌
Where will you take your #dogs?
Pining for a getaway? Check out “𝟐𝟎 𝐨𝐟 𝐀𝐮𝐬𝐭𝐫𝐚𝐥𝐢𝐚’𝐬 𝐁𝐞𝐬𝐭 𝐃𝐨𝐠-𝐅𝐫𝐢𝐞𝐧𝐝𝐥𝐲 𝐆𝐞𝐭𝐚𝐰𝐚𝐲𝐬”:
▶️ https://t.co/OlhqcW4Arr pic.twitter.com/QDg0cAalFe

2. Everyone wants a bicycle

In May, the Taboola Network recorded 1.5M pageviews on articles about cycling in Australia. 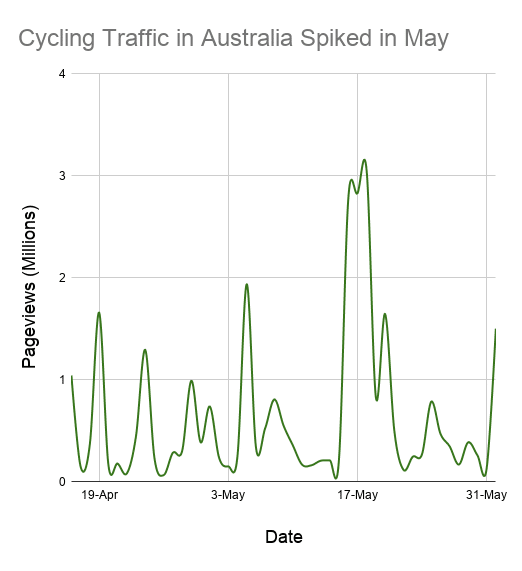 In addition to exercise, cycling has become a popular form of commuting for those who want to avoid using public transport.

Australian-based online bicycle retailers saw a surge in sales in March, and some retailers said they struggled to keep up with the increased demand.

In April, when video call technology became the go-to medium for working from home, people began reading about how to set up comfortable home offices. April saw a surge in traffic to articles about Zoom, office chairs, and exercise balls.

Pageview traffic to articles about furniture saw a 67% increase during this period. 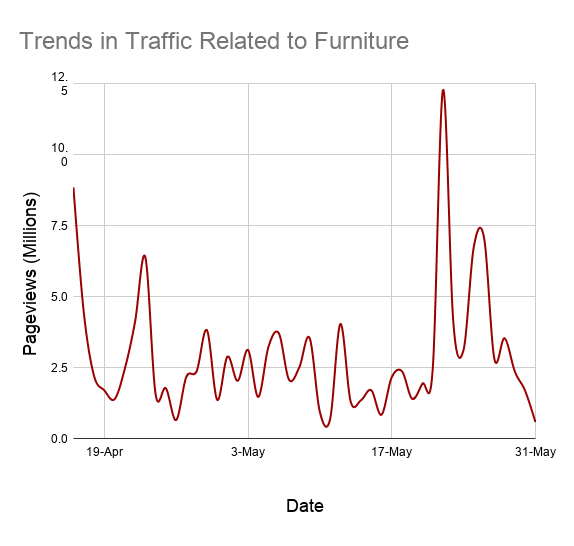 4. More time for Nintendo and Netflix

Page views for articles about video game consoles like the Xbox, Nintendo and Playstation saw large increases of between 9% to 62% across the Taboola Network between June to September.

Online entertainment services such as TV streaming services and video game subscriptions said they saw significant increases in their subscriber base during the pandemic.

Similarly, Nintendo reported in September that their Switch Online subscription service experienced a leap in user numbers, thanks to the megahit game “Animal Crossing: New Horizons”. As of September, Nintendo said they had over 26 million users, up from 15 million in January. 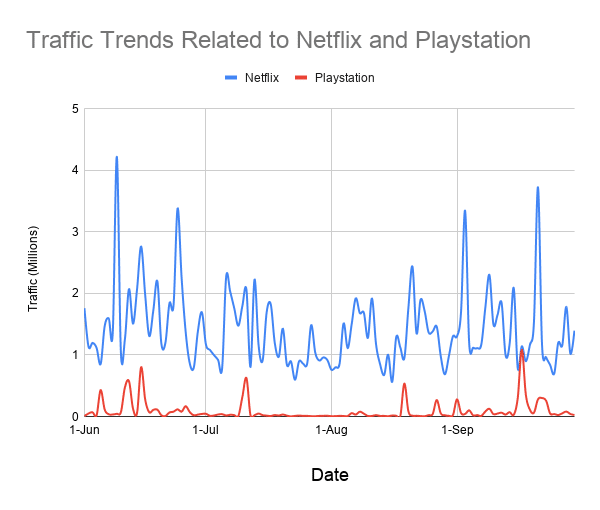 5. Mental health is a growing concern

The long and drawn out pandemic has taken a toll on people’s mental health, especially as more jobs, finances and families are impacted.

Mental health support organization Beyond Blue said that they received between 40 to 60 per cent higher call volumes each month since March as compared to last year.

Traffic to articles about mental health recorded 2.7M pageviews on the Taboola Network, a 30% increase in August.

Articles related to the topic of meditation also saw a large spike in the last 90 days between June and September, a possible indication that people were looking for outlets to cope with stress.

This data indicates that the coronavirus will continue to create shifts in people’s lifestyle habits and news outlets should continue to keep an eye on these trends and generate relevant content that can address these points of interest. 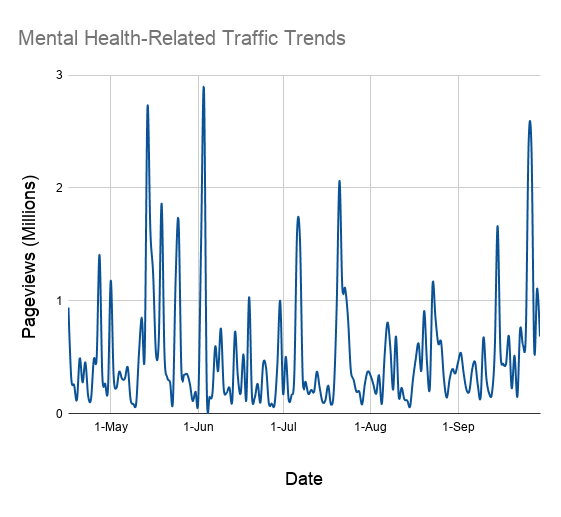 While these trends focus on Australian readership, the dataset is based on several thousands of news sites around the world that partner with Taboola.