90% of consumers would rather buy directly from a brand as opposed to through a third-party source, according to Vision Critical. Direct to consumer, or a direct brand strategy, is an important part of the marketing mix on both the performance and branding sides of the line.

We can’t talk about reaching consumers directly without talking about video. At the IAB Direct Brand Summit this year, they tackled the intersection of direct to consumer marketing and the newest video trend—six-second ads.

Shane Smith, Senior Director of Digital marketing at HomeChef; Liza Moiseeva, Co-Founder of GlobeIn; and Yoav Naveh, current SVP of People and former VP of Video at Taboola, all sat down to unpack six-second video and what it means for brands.

A recent survey run by IAB prompted this discussion. They found that six-second ads were the top format for marketers today, but other than YouTube there weren’t a lot of six-second ads running.

In response, panelists discussed their strategies and tips for direct to consumer video campaigns that work. 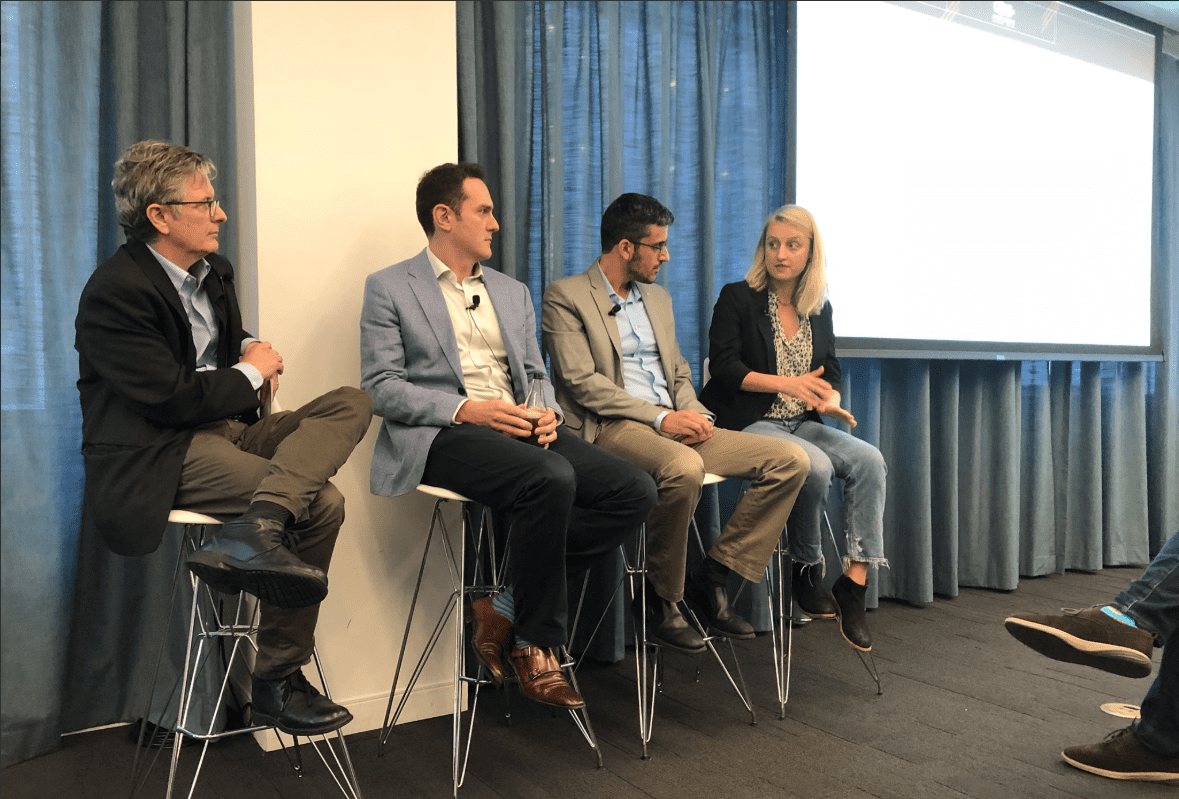 It’s about your goals first, and your ad types second.

It’s likely a bit tiresome to hear once more that goals are important. While we all know this, tactically, it’s harder to pin down day to day.

For example—viewability is not a goal. Viewability is a key performance indicator (KPI)—a way to measure your success. Getting people to remember your brand—or brand recall—is a goal. Generating leads is a goal. Making sales is a goal.

From there, you can build out your KPIs, and you might decide that if brand recall is a goal then measuring viewability is a good move, and that six seconds are a great ad format to allow you to hit those KPIs.

It doesn’t work unless you start with the big picture. Yoav says it best:

“There is value in the six-second ad, but my biggest frustration is the constraints advertisers face when trying to drive conversations about brands.

Is what we’re really aiming for is recall? If so, start there. Start with what you need, and each platform can provide you different formats to tell those messages.”

For Shane, six-second ads don’t provide a good platform to explain their value proposition to customers because the format is too short.

“Adoption is 20% in the United States for meal kits in general. We have the dual job of selling meal kits in the market and explaining why HomeChef is a good option relative to our competitors.

Six seconds doesn’t often give us enough time to do that, so we have to think of different ways to get our message forward creatively.”

Sometimes you’re looking for a little more than just recall, you want consumers to take action after seeing an ad. This is especially tough in six seconds, and if this is your ad format of choice, you need to make sure a CTA is visible throughout the entire ad.

Shane discusses how a CTA throughout HomeChef’s videos gets people to move into the funnel:

“We push our brand name forward in every creative we do. In our case, people begin to get a concept of what a meal kit is, what HomeChef is and what’s on the menu. A powerful CTA in their view while watching gets people to move into the funnel.”

For Yoav, it’s all about setting expectations for people—the same way we do in meetings. Including a CTA in the beginning or throughout a video lets a person know what they’ll gain from watching a video, and whether or not they’ll be able to buy.

This is much like sending an invite for a meeting agenda. Everyone knows what to expect when they walk into the room, and you’re much likely to end up with results when that happens.

The battle between audience targeting and context, and how to win.

In reality, it’s not so black and white, and the decision really depends on your goals.

At GlobeIn, Liza targets only on Facebook because that’s where their audience is on the web. For them, the audience and the context are always the same. For others, it’s a bit more of a balance.

“I think if you have the right audience and you give them the right message, then a lot of that doesn’t matter. The challenge is that sometimes you don’t have the right environment.

In the case of Facebook, there are pros and cons with brand safety. When you leave that environment and go into a world where you don’t know what you’re looking for, it’s about an environment where your brand resonates,” said Yoav.

For Shane’s direct branding campaigns, he’s concerned only about performance, and therefore only about audience targeting:

“For us, it’s all about the audience. The ability to find the audience no matter they are is important.

We’re trying to take advantage of that even if context is not exactly right, rather than finding the context and hoping the person is right.”

Walking away from the event, the feeling was that not much has changed. Six-second ads are great in some respects, but in others not so much, just like every new ad format that makes its way onto the scene.

One thing is for sure—we know the scale for video on the open web is massive, and that it’s a key part of the marketing mix for direct branding campaigns.