Native advertising is an incredibly effective way to engage with customers on numerous platforms, and it’s no surprise the niche is growing. Brands want to bring awareness to their products and services in inventive ways beyond traditional tactics. Consumers are fed up with noisy banner ads and are fast becoming sophisticated users of ad blockers.

A recent study predicted that native advertising will grow 156% by 2020 and brands and advertisers are jumping on the native advertising bandwagon. For those of you just joining the native ad revolution,‘a good native ad is an ad, but it doesn’t read like one’ according to Business.com. At the same time, users aren’t able to ignore native ads as easily because they coexist seamlessly with publisher content.

Marketing and advertising influencers have long tracked the rise of native ad growth in social media, mobile devices, apps and videos that have completely transformed the face of advertising.

These top eight influencers are at the top of their game—following them is the best way to access the most recent trends and knowledge in the world of online marketing and native advertising. 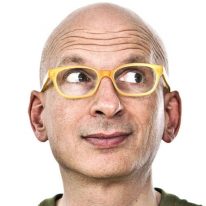 Who is he? Seth Godin is a marketing guru, entrepreneur, best-selling author of over 18 books and notable public speaker. He’s one of the most well-respected influencers in the marketing space.

Why Should You Follow Him? Godin founded one of the first Internet-based direct-marketing firms, Yoyodyne, with the idea that companies needed to rethink how they reached customers. Yahoo! bought his company in 1998 and kept Godin on as a vice president of ‘permission marketing’, a concept also introduced by Godin.

He’s spoken and written extensively on the future of branded content and has a popular blog. Godin is a marketing guru and was always able to see far into the future. He famously said, “the brands that will win moving forward will be the ones that deliver anticipated, personal and relevant messages to people who actually want to get them.” 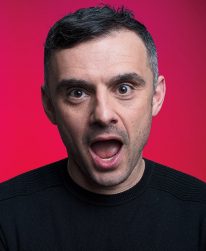 Who is he? Gary Vaynerchuk is a serial entrepreneur, a sought-after speaker, best-selling author and the CEO and co-founder of VaynerMedia, a full-service digital agency.

Why Should You Follow Him? Gary has spoken extensively about marketing and native ads including a video series on how to best utilize native ad platforms. He’s also been a guest speaker at the Native Advertising Summit and has written some remarkable books about how to best create native content.

He’s recently launched his own podcast  The Gary Vaynerchuk Audio Experience and with over 1 million followers on Twitter, he’s definitely doing something right. 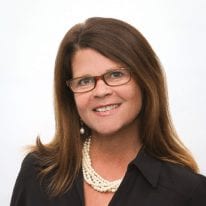 Who is she? Susan Borst was recently named one of 50 most influential women in Content Marketing in 2017. She works at IAB, the Interactive Advertising Bureau. She runs the Mobile Marketing Center of Excellence and all mobile-dominant initiatives including Local, Native/Content/Social, B2B and Games and works with hundreds of digital publishers and technology providers to set guidelines and industry thought leadership.

Why Should You Follow Her? Susan was named as one of 15 People in NYC that are Changing Advertising That You Need to Know About by Alley Watch, a “Top 50 Content Marketing Influencer at CM World 2016” by TopRank, and one of “Top 50 Marketing Leaders Over 50” by Brand Watch for two years running.

She is on the jury for the Native Advertising Institute Awards, The Content Marketing Institute Awards and the Shorty Awards and is a frequent and popular speaker at SXSW, iMedia Connect, Business Insider Ignition, Social Media Week and more. She famously commented on three “rights,” to native advertising: timing, context and audience. Learn more about her views on marketing, interactive and media, via her popular Twitter account. 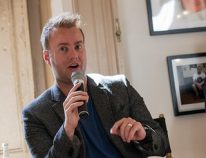 Who is he? John Rampton is an entrepreneur, connector and online influencer. John was most recently named #3 on Top 50 Online Influencers in the World by Entrepreneur Magazine as well as a blogging expert by Forbes.

Why Should You Follow Him? John has written for notable publications like Forbes, The Huffington Post, Mashable, Time, CNN, and TechCrunch. He posts about marketing tactics and gives stellar start up advice.

John is completely self-taught and is well known for his relatability and practical advice as he often shares his personal experience of overcoming failure. Check out his 10 Point Checklist on How to Write a Killer Blog Post and Three Essential Tips for Incorporating Native Advertising into Your Marketing. Follow John on Twitter together with his other 1.54 million eager-to-listen fanbase. 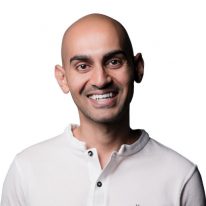 Who is He? Neil Patel is an accomplished entrepreneur, investor and marketing influencer. He’s made a name for himself co-founding numerous successful startups and has also consulted for some of the biggest names in the business, including Amazon, eBay and Google. He’s been named a top influencer on the web by The Wall Street Journal.

Why Should you Follow Him? Neil gives invaluable advice on conversion and web analytics, growth hacking, social media marketing, and content marketing strategy. You can learn a lot from Patel, specifically in technical and niche areas, as his posts/tutorials are extremely accessible, fun, in-depth and easy to read.

You can tune into Neil on his own podcast, and read his regular blog posts via his website. 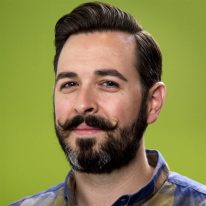 Who is he? Rand Fishkin is the founder and former CEO of SEO software startup Moz. Fishkin got his start early in 2001, as he witnessed the importance of organic search and figured out how to drive traffic through the variety of search engines on offer 17 odd years ago.

After becoming an authority on SEO he launched his own blog, which fast turned into his own software business.

Why Should You Follow Him? After turning his relatively unknown-blog into an SEO empire, Fishkin has plenty of experience with online marketing and has become an influencer through his popular blog, The Moz Blog.

He has written on every single topic in the marketing field and is a humble and an accessible presence in the online marketing world. He has over 396K followers on Twitter and often gives out valuable marketing advice. 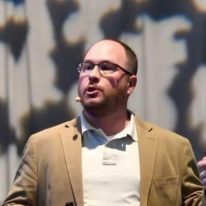 Who is he? Chad Pollitt is an author, Partner and VP of Audience at the Native Advertising Institute, a global think tank dedicated to advancing native advertising as an industry.

A member of a Forbes Top 100 list, Chad authored “The Native Advertising Manifesto,” “The Content Promotion Manifesto” and “51 Things Your Mother Taught You About Inbound Marketing.” He is a regular contributor to industry media outlets, including the Huffington Post, Guardian and Social Media Today. 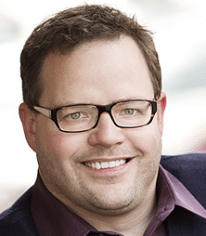 Who is he? Jay is Baer is an internet pioneer, and the prominent founder of the digital marketing consulting agency Convince & Convert. He’s also a notable speaker, digital media entrepreneur and author of the best-selling book Youtility: Why Smart Marketing is About Help, Not Hype.

Why Should You Follow Him? Jay has over 25 years of marketing experience and has worked with more than 700 companies, including 35 of the Fortune 500.

He has some incredible insight into how to gain new customers and keep more of the customers you’ve already earned by motivating and engaging today’s, distracted consumer.