Getting a higher ROI from digital advertising is the primary goal of almost every brand and media agency. Whether you’re running pre-roll video ads or a retargeting campaign, you want to ensure that your ad spend is generating a viable return on investment.

With that said, we can all benefit from research to understand which advertising techniques can be harmful and obtrusive to the modern user experience.

The Coalition for Better Ads

The Coalition for Better Ads (CBA) was founded in 2016 with the goal of delivering a better ad experience to consumers worldwide. In order to achieve this goal, the CBA has conducted groundbreaking research measuring consumers’ preferences for different kinds of ad units.

In their inaugural study, the CBA surveyed over 25,000 consumers across North America and Europe about their preferences among 55 desktop web and 49 mobile web experiences. The research was subsequently expanded, and as of 2021, the CBA has surveyed over 66,000 consumers in countries representing 70% of global online advertising spending.

As a result of this research, the CBA defined Better Ad Standards, identifying ad formats that consumers find the most and least user-friendly.

The Most Hated Ad Experiences 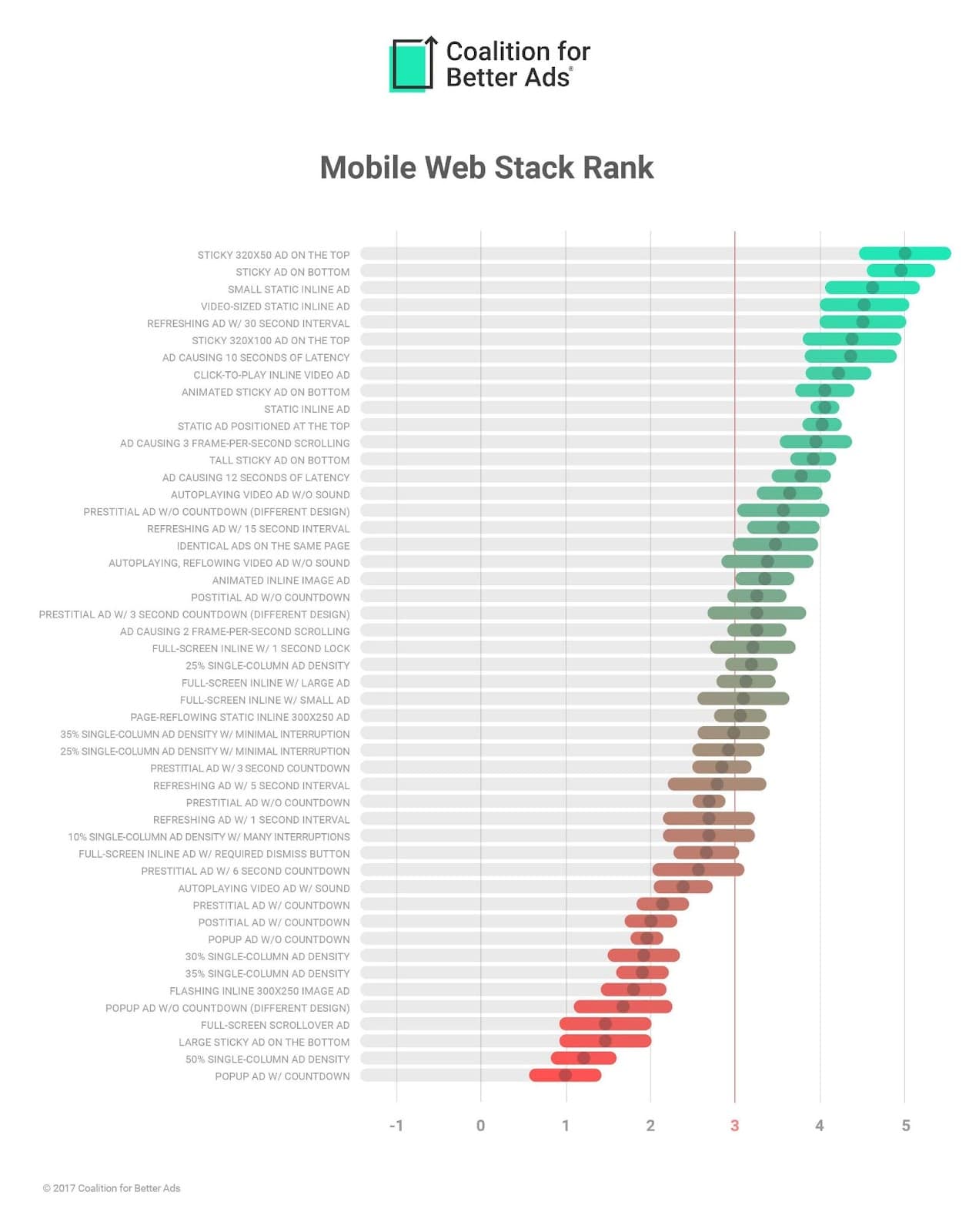 According to the CBA’s research, these are the mobile and desktop web ad experiences that are least preferred by consumers, and therefore fall below the Better Ads Standard:

The Moral of the Story: Don’t Be Annoying

All advertising relies on attention, and it’s not surprising that advertisers have been tempted to experiment with formats that are difficult to ignore; however, these ad experiences can be intrusive and annoying, and can lead to consumers developing a negative attitude towards advertising as a whole. If advertising is disliked, distrusted, and blocked, that massively decreases its effectiveness for any brand.

Beyond the impact on the brand, the advertising industry has a responsibility to ensure that it is sustainable in the long term. According to Statista, 27% of US internet users report using an ad blocking service. Meanwhile across the pond in the UK, advertising executives were rated the least trustworthy profession in a 2020 study by Ipsos MORI.

For advertising to recover its reputation and re-earn the attention and trust of the public, marketers need to put the consumer experience at the center of their planning – and that means saying no to intrusive ad formats and experiences.

At Taboola, we believe that advertising shouldn’t be intrusive – not least because non-intrusive ads actually result in higher attention and emotional impact

In a 2019 study, Taboola and Nielsen defined ‘moments of next’ – times in a user’s busy day when they are open to discovering something new. Using BrainVu technology, we compared people’s reactions to watching the same video ads across different ad environments, within the Taboola Feed, which appears below an article on a publisher site, in a pre-roll format played before a video, and within a social media feed.

The research found that pre-roll video ads actually received 25% less attention than ads that appeared non-intrusively within the Taboola Feed or on the social feed. Below-article ads also prompted a 23% higher emotional response than pre-roll.

Another way to ensure your ads provide a good user experience is by making use of native advertising formats.

Native advertising formats match the look and feel of the media environment in which they appear. Rather than standing out and trying to force attention, native ads fit in seamlessly with their environment, creating a more natural experience. Of course, native ads still need to be clearly labeled as promoted content so that users are aware that they are being paid for by an advertiser. 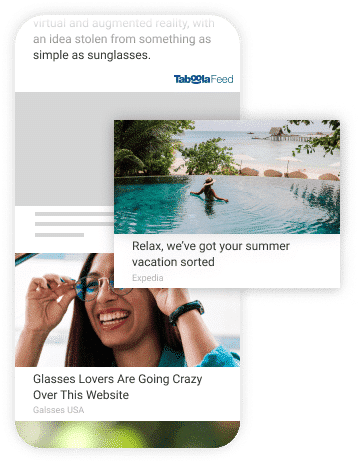 Native advertising takes many different forms across a variety of different environments, making it a great alternative to more intrusive formats.

In addition to identifying ad formats and environments that are disruptive to users, the CBA has shed light on a few styles of creative that result in a negative user experience. For example, flashing ads are listed among some of the least acceptable ad experiences.

Instead of trying to force consumer attention with disruptive flashing, Taboola recommends making use of more subtle cues for attention. Using movement in your ads can engage the user, but it need not be annoying – try something a little more subtle, like in the example below:

There are lots of other things you can do to drive attention to your ad – for example, including people, using bright colors, and even including animals are some best practices that generally increase attention and click through rate. You can also use resources like Taboola Trends to keep an eye on what creative trends are resulting in higher click through rates in your market and vertical.

Attention is a precious commodity for marketers, but ensuring that advertising is a positive experience for users is key to ensuring that your campaign lands.

Familiarize yourself with the CBA’s Better Ad Standards, and choose vendors that adhere to these standards when deciding where to run your next ad campaign.