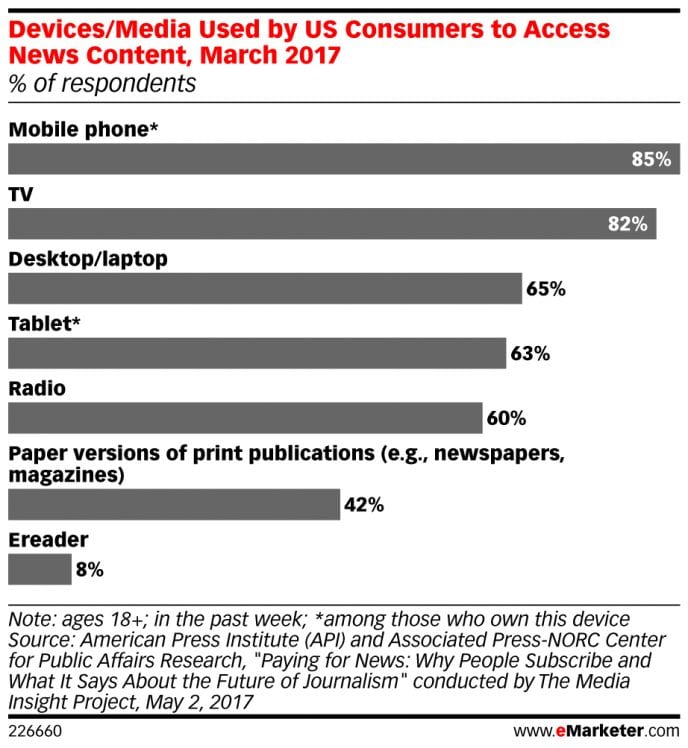 According to eMarketer, the highest percentage of consumers report using smartphones to access news content—we’re seeing a similar trend for different types of content as well.

As more and more of publisher’s audiences are consuming content via their smartphones, it’s becoming more and more crucial to understand the mobile mindset and optimize your site accordingly.

Readers want the infinite feed experience on their mobile devices.

We analyzed over 500 publishers that have implemented Taboola Feed and found both an increase in session depth and a decrease in bounce rate.

Although infinite feeds impacted reader behavior on both mobile and desktop devices positively, a stronger impact was consistently found when consumers browsed from their mobile phones. Impact signifies the percentage at which session depth and bounce rate change. Specifically, the change in session depth was an increase of 32%, and a decrease in 67% when it came to bounce rate impact for smartphones. 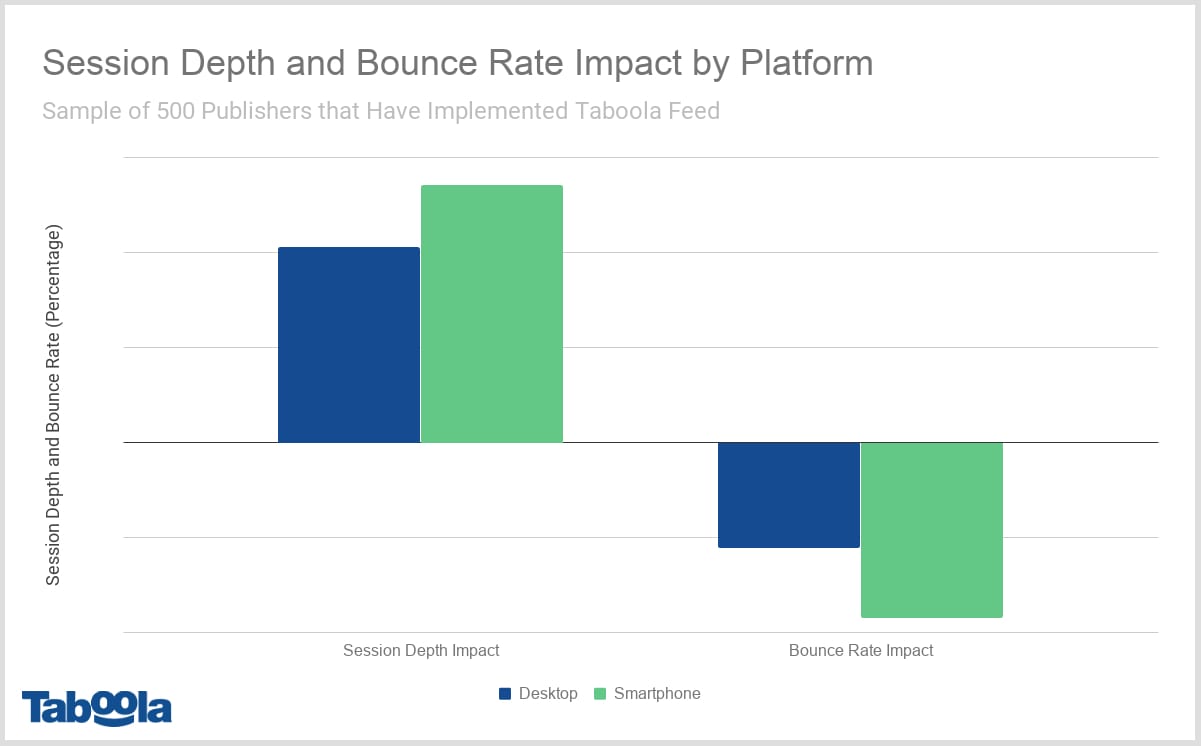 We feel closer to our phones than to desktop devices, feeds are easy to navigate on mobile devices, and feeds work better for low attention spans, which are very common in the mobile experience.

We feel close to our smartphones.

A couple of weeks ago, I woke up in the morning and realized to my horror that my phone wasn’t responding. My level of anxiety went through the roof, and I was frantically searching for solutions and Apple stores near my apartment.

According to technology researchers Thorsteinsson and Page, it’s not just me. Recent studies found that most smartphone users experience anxiety or frustration when they are unable to use their phones—mostly because we’ve developed a strong emotional attachment to them.

This strong emotional attachment has developed as we spend more and more time with our phones, now reportedly a whopping 2 hours and 51 minutes a day. As said in Thorsteinsson’s study, it makes us feel as if it’s an extension of ourselves because of how personalized it is.

According to an analysis of the last 6 months, consumers prefer to consume content on mobile phones in general, but especially so if the topics were personal as in the health and dating categories. 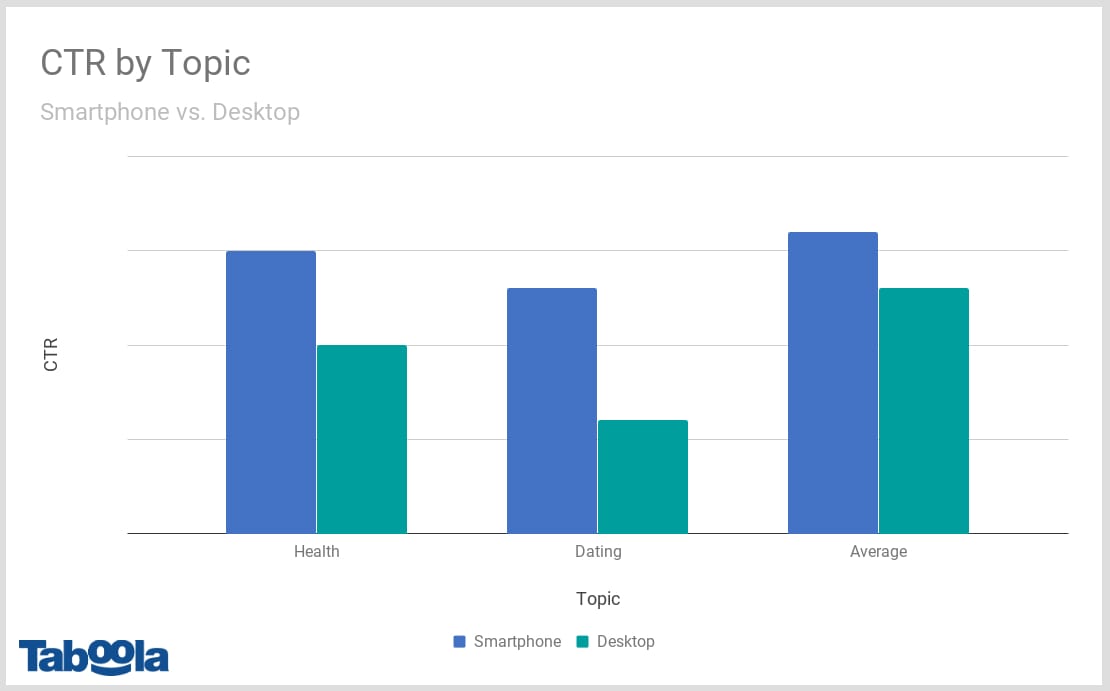 The increase in CTR for these example topics on smartphone as opposed to desktop devices suggests that people prefer consuming these topics on their phones—perhaps when it’s a more personal topic.

Infinite feeds are in line with the ‘thumb scrolling experience.’

Infinite feeds, which require a very simple scrolling experience, can be effortlessly navigated with just one thumb.

Being on the go not only affects web navigation, but also how much attention we can allocate to a task.

Your readers want to be entertained when they are on the bus waiting for their stop, but they’re often multi-tasking by needing to pay for their ticket or by announcements of the next stop.

A study by the Nielsen Norman Group found that the average session duration of a desktop lasted 150 seconds, and was more than twice as long as a mobile user’s because of the many interruptions they deal with when using mobile devices.

They don’t have the time or patience to search for interesting content, and they need a design that will allow for quick ‘recoveries’ from interruptions.

Infinite feeds are a great platform for these users because no search is needed, and because the orderly design and small number of items on the screen make it easy to recover from the interruption.

Infinite feeds are the future.

The tendencies we have when we interact with content via mobile make it crucial to give the user an optimal experience. This is why so many publishers are using Taboola Feed on desktop and mobile devices.

Taboola Feed has already been implemented by publishers worldwide, including the NY Daily News, Euronews, Bauer UK, BT, weather.com, and many more.