The Digital Media industry in Europe is brimming with intelligent, pioneering and creative women who are not only experts in their chosen field, but are fearless about exploring new ideas and territories.

We enjoy the good fortune of working both alongside and for such role models. You may remember that in honour of International Women’s Day 2018, we celebrated inspirational females everywhere by showcasing some awesome, yet totally relatable, career stories from these ladies.

We learned loads, from the importance of staying curious, to putting in the ‘hard yard’ and having the courage to demand what we deserve.

Fast-forward to IWD 2019 and we see the same theme—think equal, build smart, innovate for change. In the spirit of #balanceforbetter, we spoke with some of our most influential male leaders at Taboola about what International Women’s Day means for them.

We (gently) insisted they share with us a little about who their female role models are, and what the inspirational women in their personal and professional spheres have brought to their lives—and they did not disappoint.

Taboola Leaders Discuss the Women That Inspire Them 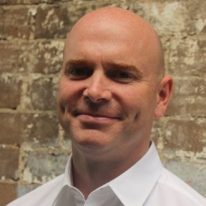 Jon considers himself lucky to have grown up surrounded by a plethora of strong female characters, one of which taught him a lifelong lesson about how to drink good whisky.

“I have been lucky enough to be surrounded by many strong, independent and inspiring women. Growing up, I spent lots of time with my mother’s family—there were four sisters and a brother, all strong characters in their own right.

My grandparents had immigrated from Ireland in the 30’s and led a tough, hard-working life and instilled a strong work ethic in their children. My grandmother, a true matriarchal figure, was a quiet yet impressive achiever and became the first woman in Britain to pass her driving test. One of my aunts, Angela Harvey, transcended her working class background to become Lord Mayor and Leader of Westminster Council.

I’ve worked with many impressive women in my career. Time Inc. and CBS Interactive were two employers where several women held exec positions and gender diversity was seemingly a non-issue, on the surface at least. In my adult years one woman stands out as a formative influence, Connie Ostmann, who was head of the languages department at London Metropolitan University. For the first two years of my studies, she was a formidable and slightly intimidating woman. However, in my final year, having by then taken a number of her classes, a fellow student and I were fortunate to get to know her, spending time with her and her family in south west France and eventually becoming friends.

She was a political campaigner, fearless and opinionated, and shared many inspirational stories of action against social injustice. She had taken me and my fellow student under her wing and saw in us two people who she hoped would make the right decisions—free of discrimination—when the time came.

Spending time with her taught me that if I didn’t like how something was or if I saw something unfair, it was my duty to speak out and get off my privileged, middle class backside and do something about it. I was privileged not just in the financial sense but also in that I was a white male, who had enjoyed an excellent education and who had the ability to communicate—gifts I should not squander when many others didn’t have the wherewithal, platform or confidence to speak up for themselves—I hope I never lose this outlook and perspective.

Connie was also warm, hugely entertaining and hospitable and also taught me I should never put Coca Cola in good whisky, which happily she served up regularly!” 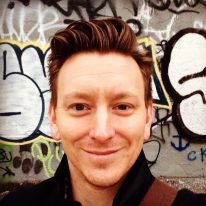 There is absolutely no time to waste in executing on all fronts to get our workplaces and our society to think equal.

A father to two sons, Steve believes in ensuring that female role models are present and empowered, from senior professional positions through to the shows that our children enjoy—and that this is hands-down the best way to erode gender bias. He sat down to answer a few more burning questions we had!

How important is it to prioritise “thinking equal” and “innovating for change” in society in 2019? Why?

“It’s a widely accepted principle in business that “if you’re not moving forward then you’re moving backwards” and I think that absolutely applies to any discussion regarding equality in the workplace, change is coming and it’s long overdue so let’s embrace this momentum and work together to be part of the solution. Let’s not be naive, change won’t happen unless we make it happen, and it’s not going to happen overnight. But the more stories and ideas we share, the more chance we have of achieving balance in the workplace. Also, as a hiring manager for a very fast growing and international team, I have no idea why you would intentionally (or unintentionally) limit your talent pool by 50%!

How can all genders work together to move in this direction?

“In short, women need to speak and men need to listen. I know I’m oversimplifying things, but I don’t think it’s a stretch to say that men have generally held the microphone in the boardroom. Creating the spaces and platforms for women to share their concerns must be top of the agenda, and IWD is a great vehicle with which to broadcast the issues.”

Do you think the Media/Tech industry is doing enough to make progress towards gender equality?

“I come from a technology company whose very DNA is to continually improve and evolve, so I’d argue that there will always be work to do whilst there are still inequalities in the workplace. Though I do see a very visible change when it comes to this subject, especially over the last few years. The messaging will only work if it’s top down, and I was really pleased to see a great example of this recently from our VP of IT in a hiring message—(“Any gender, any religion, any language. You are as awesome as your code, nothing else matters”)”

What positive measures does your company take to ensure equal opportunities at all levels of the business?

“We have rigid policies in place with our hiring partners, and we specifically request that they provide a balanced portfolio of profiles for any role they’re sourcing for. But honestly, it goes much deeper than that, actions speak louder than words and I am incredibly proud to see that at the end of 2018 over 60% of our EMEA account management team were female, and 65% of our managers in that team were female.”

Have you ever witnessed a female colleague being treated differently or unfairly vs her male counterparts? What is your experience of this?

“My point of view is that of someone working in a fast growing, young, technology company based in East London, so thankfully my experiences of this are now few and far between. However, on a broad scale I think it breaks down in to two distinct forms—intentional, where someone purposefully ignores/belittles a colleague to their own ends, and unintentional as a result of an unconscious bias.

The intentional form is frankly bullying in my opinion and we should tackle it head on to remove this sort of behaviour immediately.

The unintentional form is much harder to spot, and I’m certainly not righteous enough to say I’ve never been guilty of it in my life, but I have seen situations where a female colleague’s contribution hasn’t been acknowledged in the same way, or sometimes just as simply as not greeted with the same level of respect. If you’re a guy I think it’s worth taking a step back and thinking about how you conduct yourself in a meeting, we can always improve, right? Over the longer term, I believe that the best way to erode these biases will be more and more female role models in senior positions.”

Can you talk about a woman (it can be a leader, friend, colleague or family member) who has inspired you at some point in your career? How was she influential for you, and what did it help you to achieve?

“I was incredibly lucky to work for a boss at a digital market research firm who’s outlook on work and life had a profound impact on the quality of work in that company and has been a lasting inspiration for me ever since.

Never one to shy away from a challenge, this was a true leader with a clear vision and the courage to commit to and execute projects to deliver maximum impact for the client and our business. Endless tenacity, and huge reserves of strength were needed as they steered our company through a recession, and they never took their team for granted, not in the boardroom or in the bar. And yes, her name was Angela.”

For me as mentioned, it’s all about those role models. The more female leaders we have, the more other women will be inspired to emulate that success and the more balanced and “normalised” it will become for both genders.

In society, this can’t happen at an early enough age in my opinion. I was having a conversation once with a father who said that the Disney film Moana was a great example of a driven and courageous female role model for his daughter. And whereas I wholeheartedly agreed with his statement, as a father of two sons I believe that it’s just as important for them to grow up watching strong female role models too.” 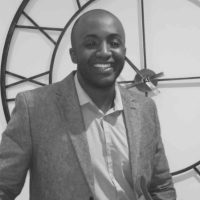 For Marc, the mission towards gender parity places a large responsibility upon senior management teams, where there is an urgent need for clear action, strong example setting and concrete measurement of progress. He may have been jet-lagged at the time of interview, but his message rings loud and clear.

How important is it to prioritise “thinking equal” and “innovating for change” in society in 2019? Why?

“I think it’s really important to be ‘thinking equal’. However, I believe we are at a stage in society where every business must not only be thinking equal but living it and measuring progress against these changes you want to see. In the business world I believe much of the examples that are set should come from top down, so companies should be working towards getting a better balance in management ranks, which will help provide better change for the future.

Do you think the Media/Tech industry is doing enough to make progress towards gender equality?

“Unfortunately not yet. I think many of us can relate to going to media and tech events and seeing predominantly men in their late 30s to mid 50s on panels talking about what they are doing to change the space.

This has been the case for a number of years now. If the reasons for this are due to more men holding management positions that can share interesting insights, then I believe the industry is ready to empower more people in mid-level positions to speak at these events, giving us a bigger pool of people to choose.

We have also seen a regression when it comes to getting women into coding for the future. Across Europe women are making up a smaller percentage of the coders going into companies. We need to make the Media & Tech industry even more relevant and appealing to our current & future women in Tech and there is still a lot of work to do in order to achieve this.”