Live From Cannes: How Analogies, Questions and Consciousness Will Keep Machines From Taking Over

Humans’ command of language has always set us apart from all other forms of life—our ability to use, process and shape that language requires billions of choices and options to be made in a moment’s time.

Can machine learning one day learn and adapt the same subtle but vital choices we humans take for granted? And if so, are we as a race in trouble?

That is the big question that Taboola founder and CEO Adam Singolda wrestled with alongside cognitive psychologist, author and Harvard professor Steven Pinker onstage at the Cannes International Festival of Creativity on June 18.

The answers, for now, appear to be yes, possibly, but probably not. 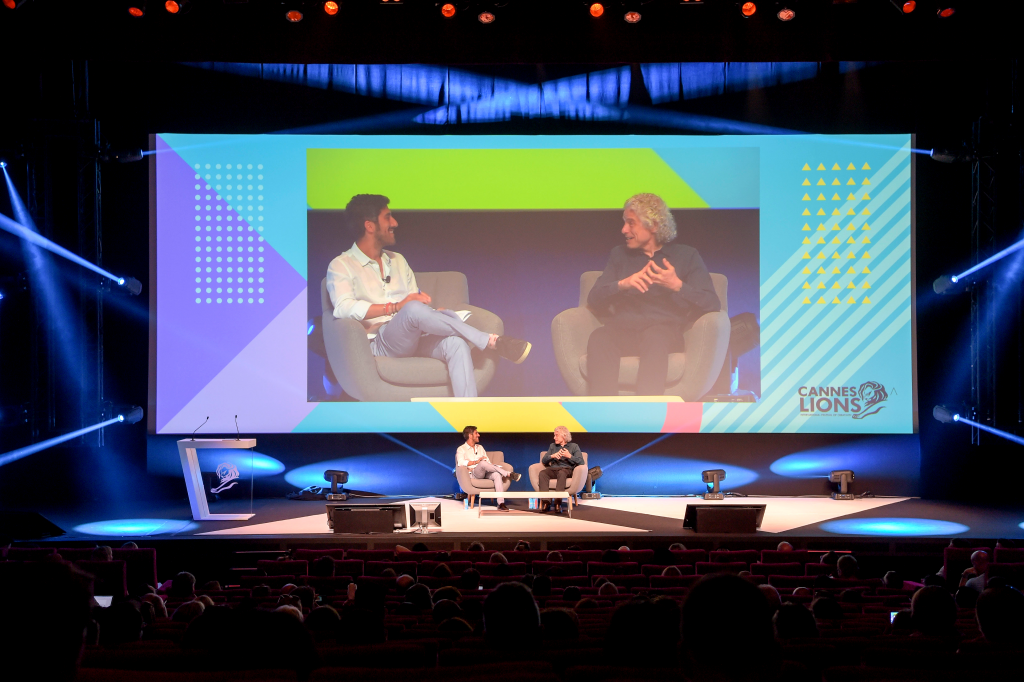 Machines can’t keep up with the complexity of language.

The two addressed several sub-layers in their wide-ranging discussion. For starters, our mastery of language is so startlingly deep and vast, machines today could never keep up, noted Pinker.

His stats were impressive: with the number of nouns and verbs the average person knows, he or she has about 40 million ways to begin any sentence. It would be easy for a machine to learn all those options—that’s what they do.

But it’s the human ability to use nuance and understand analogies which to a machine would appear incongruous that separates them from us.

For example, a person’s steak may have turned out “over done,” which might remind them of the time a haircut was “overdone” or cut too short. Humans see the analogy between the two—a machine wouldn’t be able to make any sensible connection.

To which Singolda mused that machines can learn to play chess, but likely won’t possess the creative spark to invent chess game to begin with.

With more data, machine learning might catch up one day.

But over time, with more data, input and learning, machine learning can and does catch up.

Singolda told the audience of research conducted with married couples to see if one spouse knew the other’s preferences well—then put Taboola’s own knowledge through three iterations of the same test.

The first two times, the spouses ended up knowing more about each other than Taboola did. By the third test, Taboola had learned enough to outscore them.

“I’m not shocked by those results at all,” noted Pinker.

If AI has the right data, it may be able to surpass humans, according to @taboola founder and CEO, @AdamSingolda.

Another vital distinction and sub-layer of their conversation revolved around consciousness, another spark humans possess but machines never might.

Singolda laid out questions that would seem impossible for any machine to ever answer: What is love? Is there a God? Again, their answers dived deep into issues of human sentience.

“If a robot computer complains about a malfunction in its system, does it hurt?” posed Pinker, who then asked if Singolda might be a robot.

“How do I know you’re really conscious and not a zombie?”

The answer is, Pinker doesn’t know because he can’t actually enter Singolda’s consciousness—something artificial intelligence is years away from doing, if it ever will.

Using a Star Trek analogy, Pinker wondered, “If you dismantle Commander Data to find out how he works, is that murder?”

This was deep, heady stuff, and as intellectual as any Cannes Lions session is going to get

Stay tuned for Adam’s upcoming blog post about his time with Professor Pinker here in Cannes over a few days, and on the main stages, wondering about machines vs humans.