Let’s be honest – one of the most cumbersome tasks a digital marketer faces is campaign bid optimization.

What if we told you that you could eliminate that repetitive work from your daily to-do list and leave it in the capable hands of technology that will ensure you get the most effective conversions at the lowest possible cost?

It’s not wishful thinking or science fiction. It’s Taboola’s SmartBid tool, and we’re going to introduce you to it in this post.

Below you will learn exactly what SmartBid is and all the benefits it offers advertisers like you. Plus, we’ll show you how actual companies use SmartBid to reach (and often surpass!) their campaign goals.

SmartBid is a semi-automatic campaign bidding strategy designed to maximize your conversions. It uses historic data from billions of global campaigns and deep learning algorithms to adjust the baseline bid of each impression according to how likely that impression is to drive a conversion or page view.

That means SmartBid automatically increased bids for high-value impressions while lowering bids on impressions deemed less likely to convert. With SmartBid, your bid is always the lowest required to win the impression.

What are the benefits of SmartBid?

Beyond eliminating the tedious guesswork of manually optimizing bids, SmartBid offers five main benefits, all of which work in unison to maximize campaign performance and scale automatically.

1. Leverage Taboola’s historical data: In addition to your campaigns’ historical data, SmartBid’s deep learning algorithm evaluates all the historical information of campaigns that are similar to yours, including publisher data, platform, time of day, user data, and context to determine a CPC bid based on the probability of conversion.

2. Scale with confidence: SmartBid expands your campaign’s reach by running optimized bids across Taboola’s entire publisher network, which consists of over 20,000 sites.

3. Conversion-based learning: SmartBid learns which publishers and audiences will produce the most conversions for your objective, continuously and automatically adjusting bids to prioritize conversion rates.

4. Optimization you can count on: SmartBid validates the likelihood of conversion by running back-end A/B testing, only adjusting baseline bids if they will outperform fixed bids.

Now let’s see how a range of companies have leveraged SmartBid to help them exceed their marketing KPIs.

Look After My Bills

Auto-switching service Look After My Bills relied on SmartBid to distribute advertorial content and reach more relevant consumers across a broader range of publisher sites. The brand was able to maximize their conversions and gain 10,000 new memberships in just nine months. 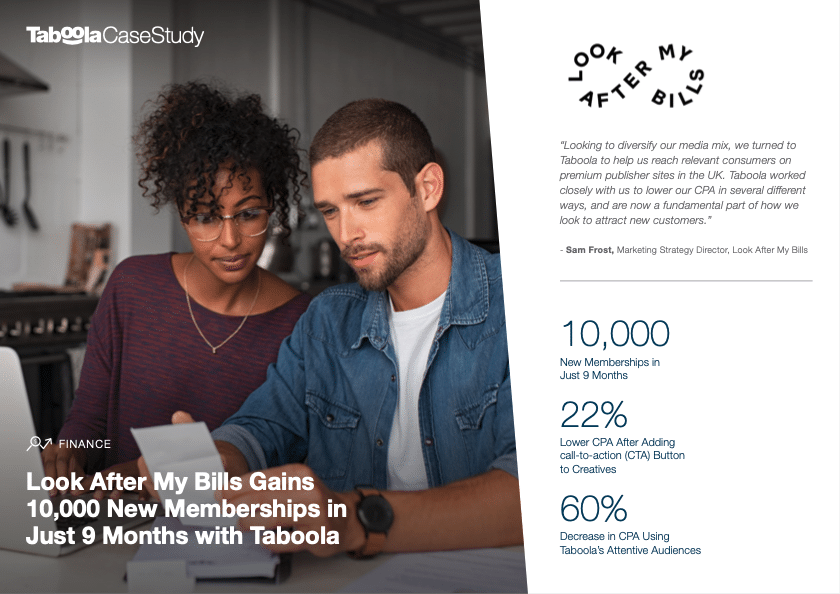 Akbank, one of Turkey’s largest banks, increased their conversion rate by 6X thanks to SmartBid’s ability to block low-performing sites. SmartBid automatically allocated the company’s spend on publisher sites that produced superior results by reaching more qualified users at the right time. 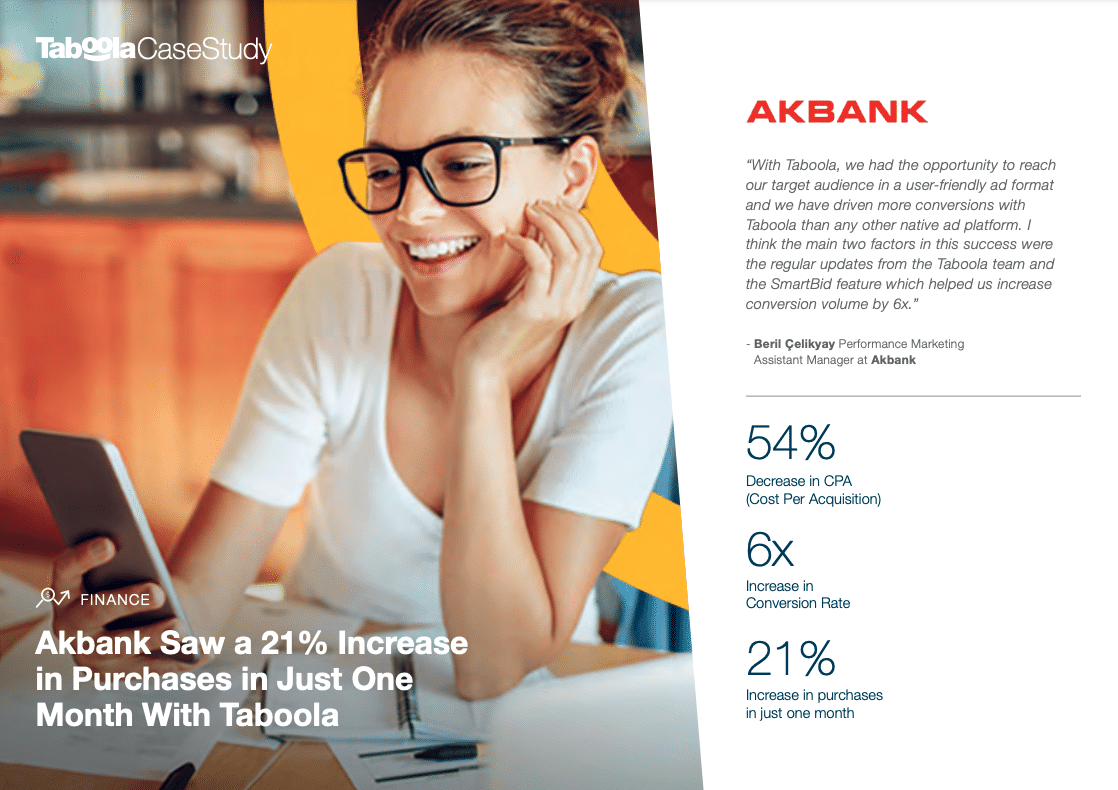 By using SmartBid, Eargo, a D2C hearing aid company, decreased their CPA by an impressive 16% by letting the technology automatically optimize campaign bids. Rather than spending so much time managing site-level bids, the company used the freed-up hours for more meaningful work, including developing new creative strategies. 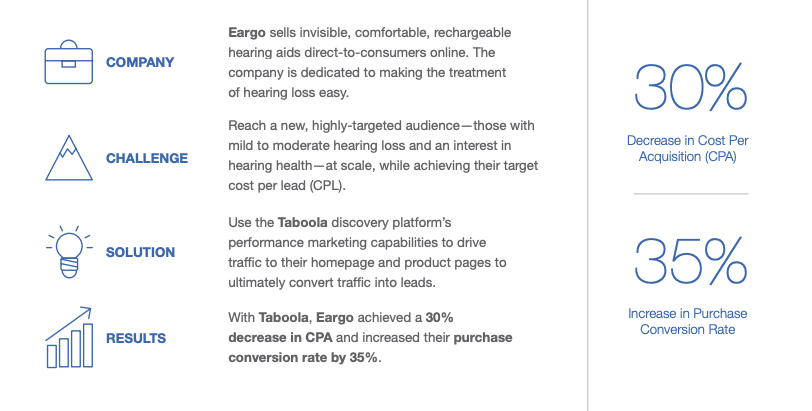 Wise Publishing tapped Taboola with two objectives in mind: to drive paid traffic to their site MoneyWise.com and to engage users with on-site sponsored content. SmartBid used data from Taboola’s network and the conversions data from across MoneyWise’s funnel to bid efficiently and effectively, resulting in a 14% increase in time-on-site and a 14% increase in revenue per session. 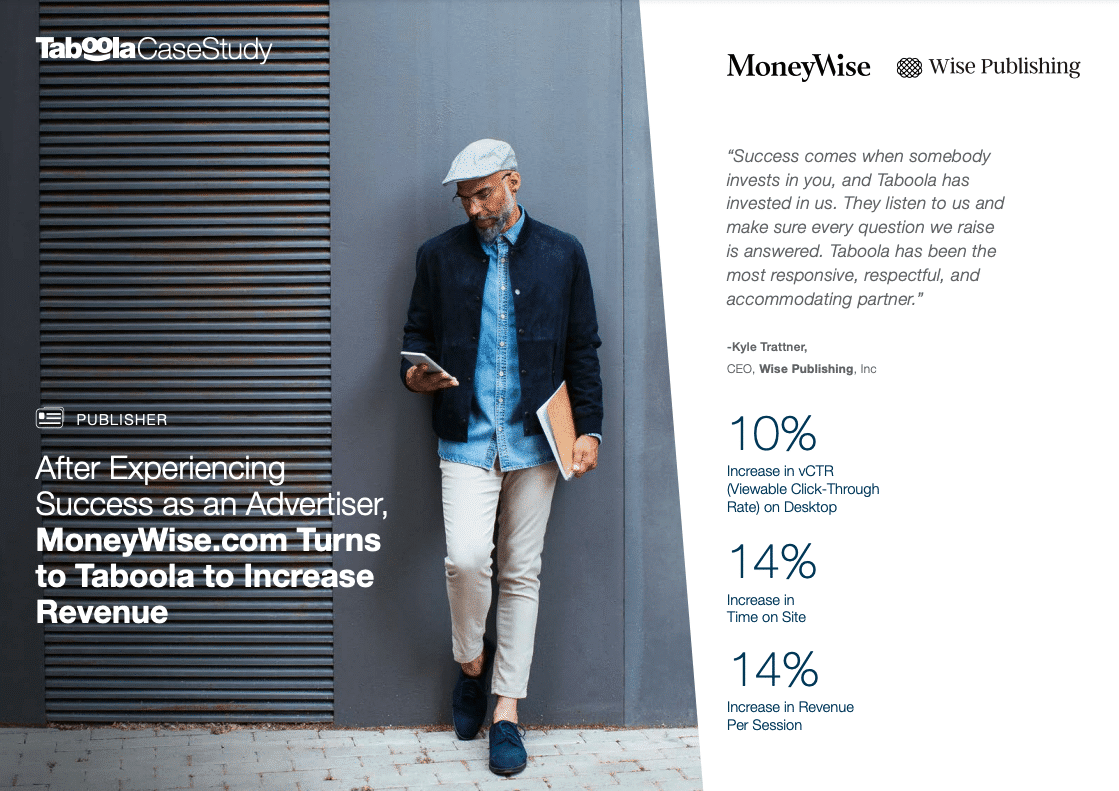 Propstory, a top digital marketing agency in India that runs campaigns for well-known international real estate brands, approached Taboola with the goal of increasing their lead generation efforts and boosting brand awareness. By using SmartBid, Propstory reached a high-quality audience that resulted in 10,000 people per month who were actively interested in the marketed apartments and a 40% increase in conversions. 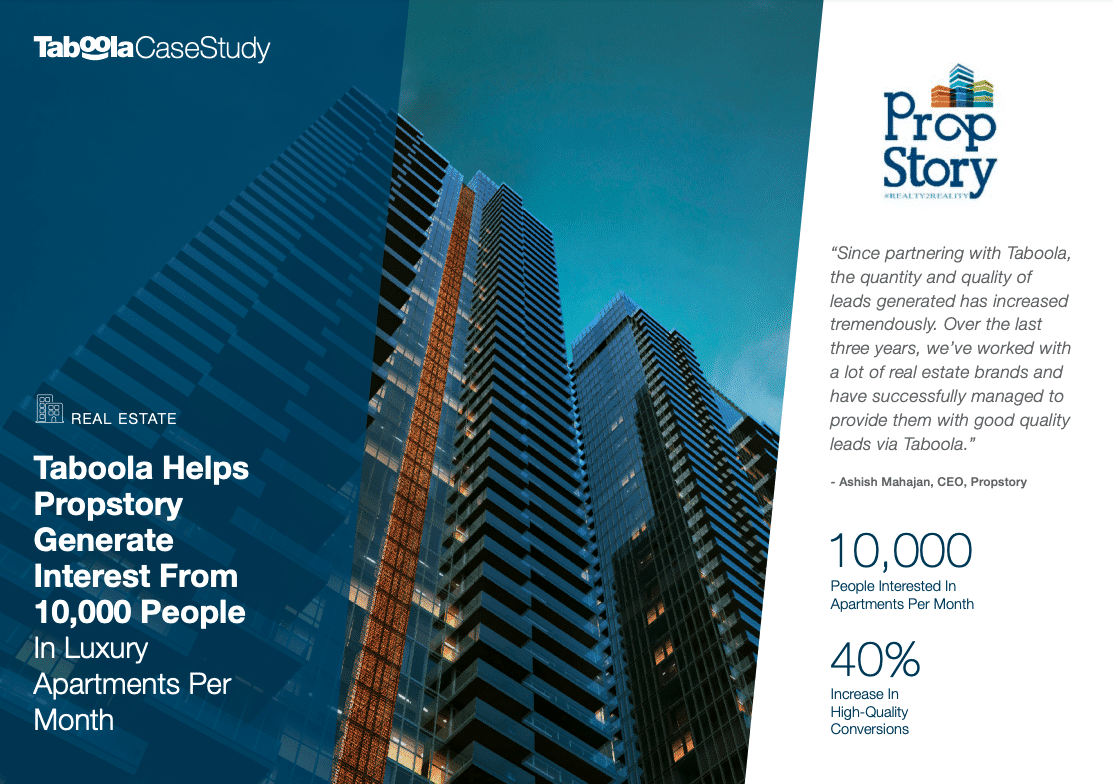 Feeling like they had exhausted the potential of some of their other marketing channels, technology-driven real estate brokerage Square Yards turned to Taboola to launch sponsored content campaigns on the open web. The company accomplished their marketing goals by using several of Taboola’s capabilities, including SmartBid. The campaigns generated a 15% higher conversion rate than other marketing channels and a staggering 50,000 quality leads. 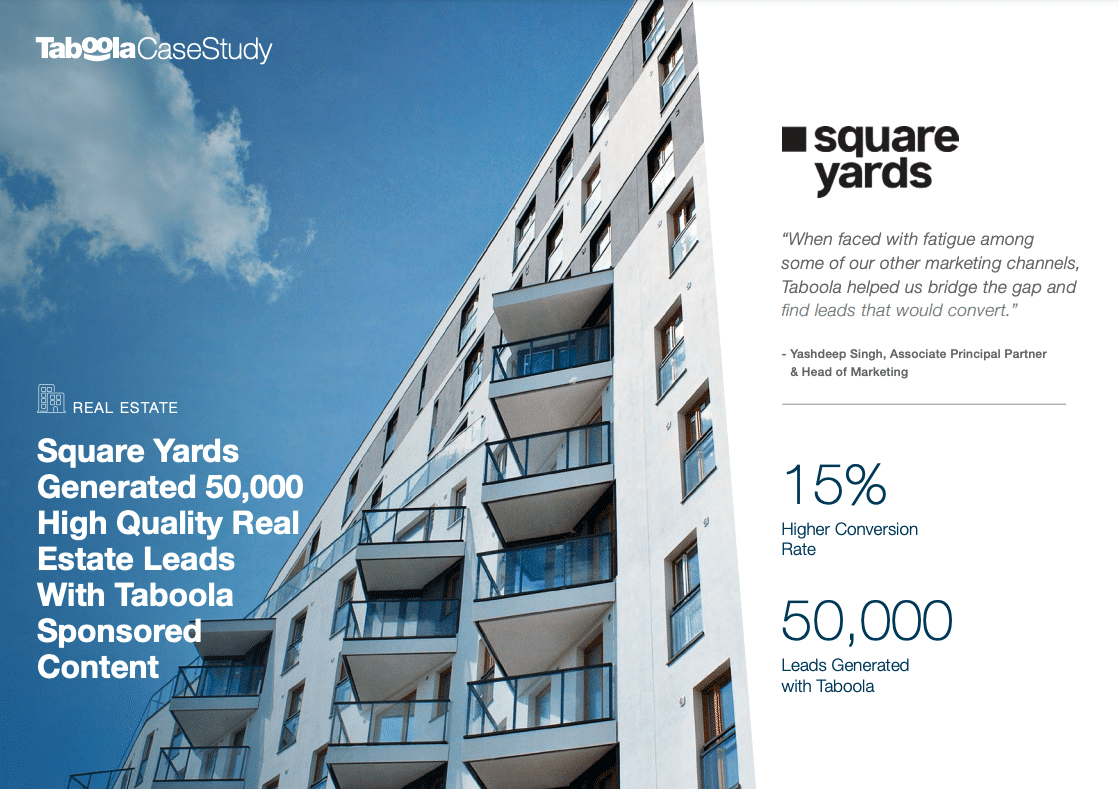 Lubinski Group, an Israel-based car importer, decided to work with Taboola to reach consumers who had a high intent to purchase a new vehicle, but at a cost lower than what they were paying on other marketing platforms. By optimizing their campaigns and audience with SmartBid, they sold 40 cars in less than three months. Compared to other platforms, SmartBid generated 7.7X more meetings that converted to sales and a cost per lead (CPL) 4X lower. 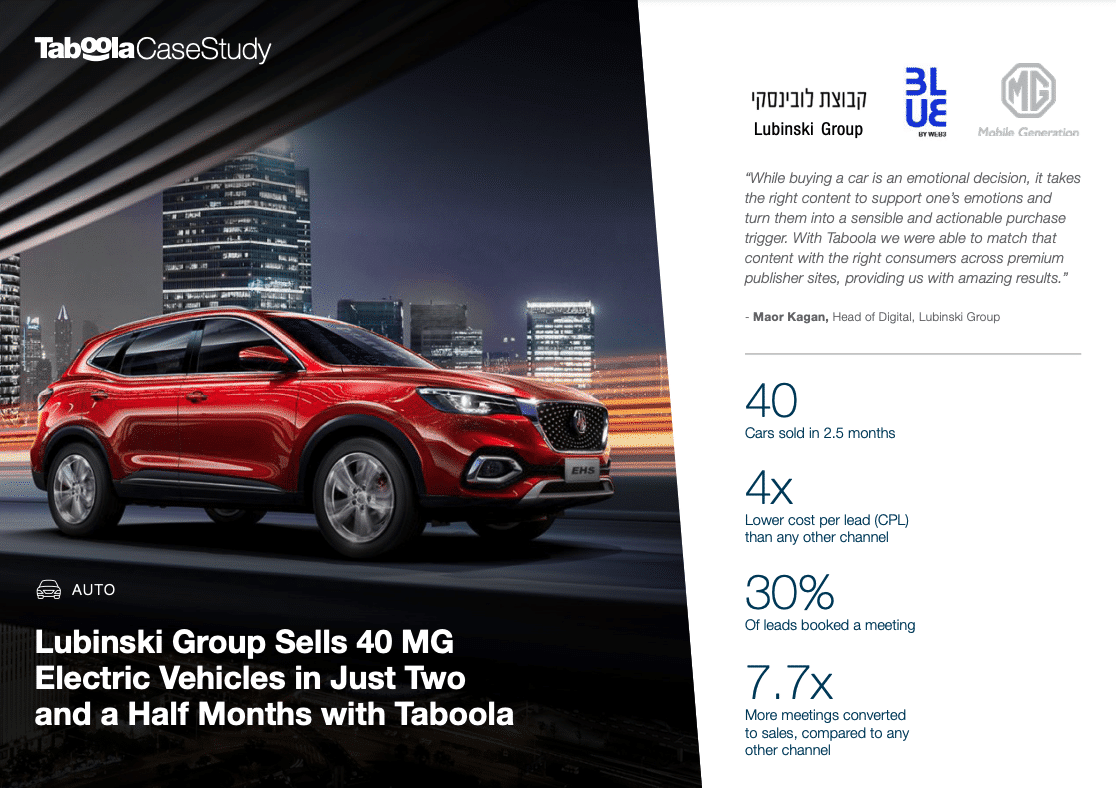 Facing the challenge of driving leads, increasing scale, and decreasing CPL for Canada’s Home EquityBank’s Reverse Mortgage product, iQuanti, a digital marketing agency, turned to Taboola. By enabling SmartBid and letting it automatically optimize the baseline bid for each impression, iQuanti accomplished their goals. The campaigns brought a 110% increase in leads, driving 30% of the overall paid inquiries alongside a 30% decrease in CPL. 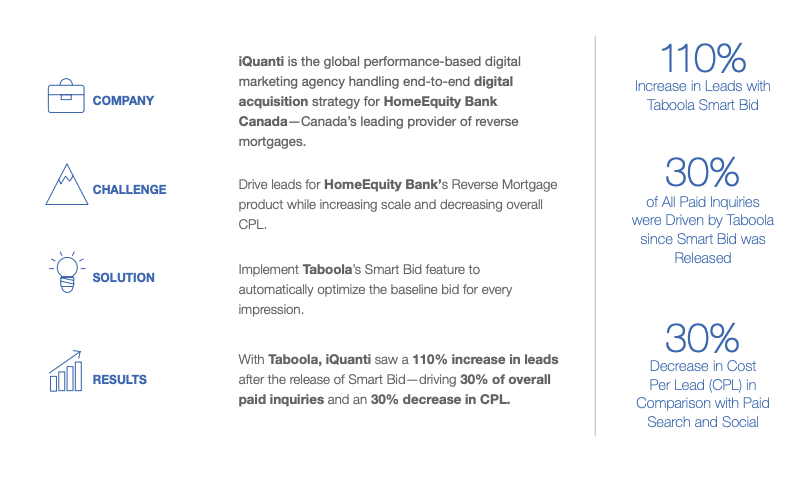 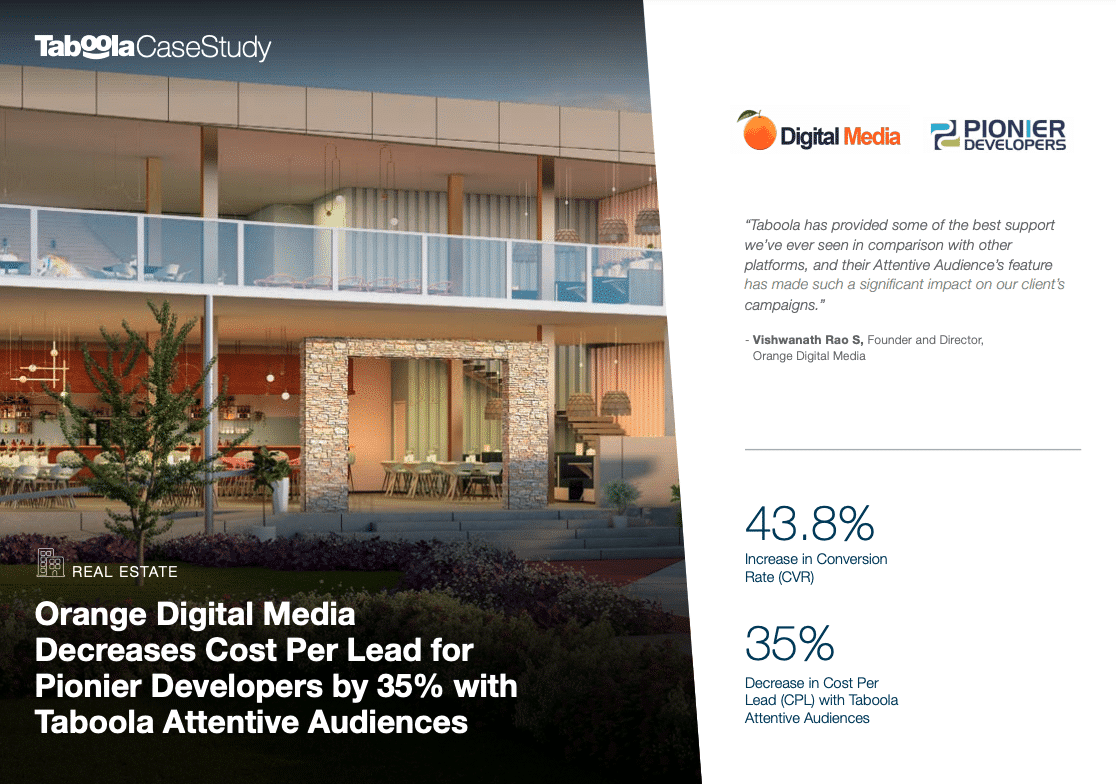 Now that you have a solid understanding of how Taboola’s Smart Bid bidding strategy works and the results you can achieve by using it, it’s time to give it a try.

Before you launch your campaigns, make sure you install Taboola’s Pixel. The Pixel feeds SmartBid with conversion event data to improve optimizations and the bidding algorithm for even better campaign outcomes.