Euronews is an international media channel and series of websites headquartered in France. The company reaches more than 412 million households worldwide and covers international news in 12 languages.

Every day, the Euronews team of more than 500 journalists of 30 different nationalities reports on relevant stories to serve a global audience, delivering solid, uncompromising journalism—and a suite of Taboola products helps them do it.

The publisher offers a unique perspective on world events. It empowers people to make up their own minds by delivering factual analysis and a diversity of viewpoints.

To fulfill its mission and reach its business goals, the company must work to drive revenue and engagement at scale while providing a positive and engaging environment for its international audience.

To accomplish this, the company has most recently implemented Taboola Feed and Taboola Newsroom and saw upwards of a 60% increase in engagement, 100% increase in revenue, found a better way to circulate organic content, and increased data-driven editorial insights.

“When we started working with Taboola, we first wanted to see a slight increase in revenue, and I’m happy to say that we succeeded, says Youva Bouzidi, Head of Digital Products at Euronews.

“We started with Taboola’s former organic widget and later adopted the Taboola Feed. We saw significant uplift in revenue and engagement and have recently begun to incorporate Taboola Newsroom into our editorial environment as well—our results have been quite exciting.”

A collaborative partnership with Taboola Feed at the center. 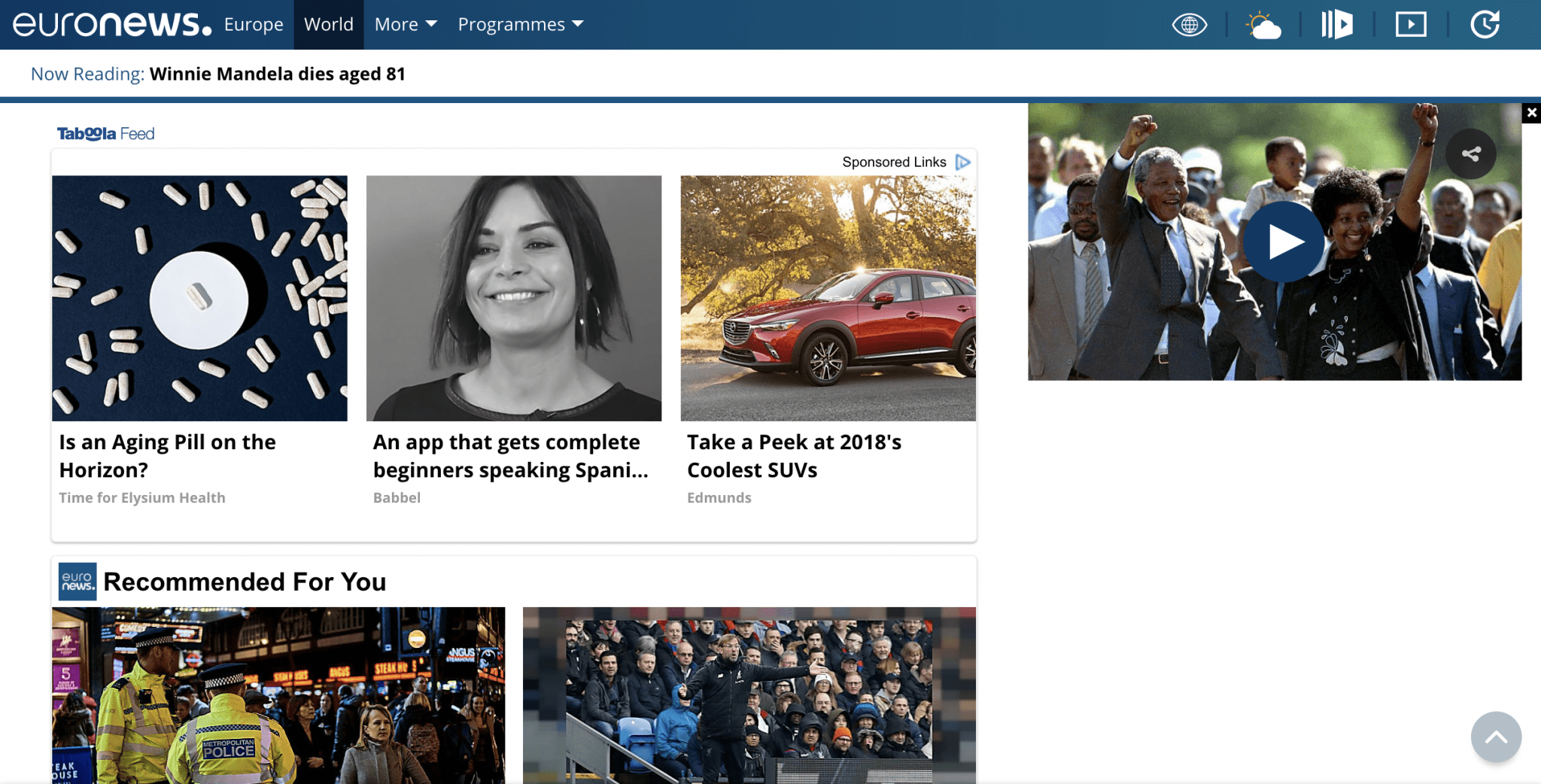 The first step for the company was to focus on increasing the number of page views per user.

To do so, Euronews worked with Taboola account managers to adapt their article pages and landing pages to incorporate the infinite scroll of the Taboola Feed.

Today, Taboola Feed is implemented on Euronews sites in French, English and German. In just the first month, the publisher saw a positive impact on revenue.

As its partnership with Taboola has grown, Euronews has seen a 100% uplift in revenue and a 60% increase in organic CTR—a major indication of higher engagement.

Euronews finds value in their relationship with Taboola account managers, whom Bouzidi described as ‘very proactive’ in the implementation of Taboola Feed and site optimization process.

They are continuing to test the success of the Taboola Feed before expanding to other language sites and are enthusiastic about future expansion plans.

Euronews is now testing out Taboola Newsroom with the hope of giving their product and editorial teams insights for a variety of editorial actions—one being timely social content.