Nish Patel doesn’t tend to have a hard time figuring out what sports fanatics are obsessing over. After all, he’s one of them.

Patel also happens to be the founder and CEO of ClutchPoints, a sports-focused media company that started in 2012 as a network of Facebook fan pages and has grown to include a website that recently surpassed 1 billion views.

ClutchPoints is one of hundreds of publishers around the world who use Taboola Newsroom, our real-time audience analytics platform, so we’ve seen firsthand how the company’s writers, editors, and developers stay extremely focused on meeting and surpassing audience expectations.

But sustained growth in sports media is no small feat. So when ClutchPoints hit 1 billion views, it seemed like the perfect time to catch up with Patel to learn more about his journey and what the company does to stay ahead of the trends.

“It’s a tough industry to make money; there’s a lot of competition,” Patel says when asked to reflect on the 1 billion page view milestone.

More than anything, the accomplishment is viewed by the company, which employs over 100 people, as a validation of the work they’re doing and a signal of business success that will allow them to continue to do the work they enjoy while creating their own rulebook.

ClutchPoints Past and Present

ClutchPoints, like most media companies, has a website as its home base. However, a lot of what makes ClutchPoints unique is its massive network of social media channels and groups dedicated to specific teams and individual players. Much of the ClutchPoints content consists of memes and graphics made to be consumed fully on a social platform.

Chris Paul is the true definition of a floor general – he literally makes every team he’s on better 💯:

This native content was how the company got its start in 2012 when Patel started a Derrick Rose fan page on Facebook as a distraction from his studies at UCLA. The page quickly grew to an audience of over 100,000 fellow fans.

Seeing the potential, Patel then created an NBA meme page that got over 1 million fans in a month.The gap in the market ClutchPoints was seeking to fill was that big sports networks like ESPN just weren’t creating enough team-specific content to fill the ravenous appetite of the most dedicated fans.

With the help of others in a UCLA incubator program, Patel endeavored to create pages for every single team in various sports. The network grew to over 20 million fans across networks, and ClutchPoints was off and running.

Today, ClutchPoints continues to stand out with its “eccentric” graphics, mini-documentaries, and unconventional story angles. 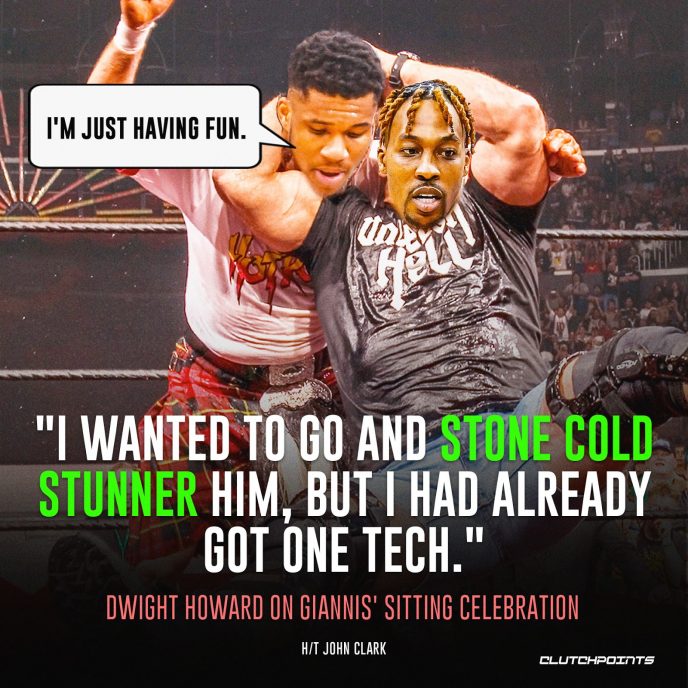 “It was always putting ourselves at the same level of the fans: content by fans for fans,” Patel says. “Everything should be personable and not have people feel like ClutchPoints is ‘above’ them. It’s more like a friendship.”

Part of keeping fans in the front of mind is consistently looking for more nuanced ways to understand what’s getting them excited and then betting on their ability to drive those topics home.

“If we see something that’s trending, we double down on it until it’s no longer trending,” Patel says. “The goal is to give fans what they really care about.”

But that brings up the age-old question of how to understand when something is going to be the next trend.

Do you follow the gut instinct of expert editors or try to read the big data tea leaves? Patel says it’s roughly a 50-50 equation. Some editors have fantastic instincts, while others need a bit more of a push in the right direction.

“You can be an expert but not have a pulse,” Patel says.

To fill in these gaps, ClutchPoints relies heavily on various audience analytics platforms.

“Instinct definitely does help to a certain extent, especially for new events when the data hasn’t caught up yet,” Patel says, adding that looking at the metrics helps his teams develop a nuanced understanding of what the audience cares about.

In Taboola Newsroom, ClutchPoints writers and editors look to get a quick glimpse of what stories are trending that day. Patel says the straightforward user experience, real-time breakdown of referral sources, and section/author-specific data makes it easy for the team to stay aligned with its audience.

The question everyone’s looking to answer: “Are people reading my stuff, and do they like it?”

Their data crunchers then try to combine data from multiple analytics platforms into weekly lists of “can’t miss” topics the writers can focus on, such as whom to nab from the fantasy waiver wires or the latest on LeBron. Intense focus on these evergreen topics over months and years has allowed ClutchPoints to establish domain authority, a crucial SEO asset.

One of many examples of how focusing on deeply engaging audiences creates virtuous cycles.

ClutchPoints does not plan to slow down anytime soon. Patel hopes the company can evolve from being thought of as a media company to a sports lifestyle brand. They know the digital media landscape has been treacherous terrain over the past decade.

“The issue was that a lot of [digital media companies] were overnight Facebook successes — we were too — but they never diversified,” Patel says. “They weren’t able to deliver on goals in a changing ecosystem.”

With that in mind, the next big step for ClutchPoints involves expanding beyond their traditional focus on basketball and football to include more sports and niches such as gaming, soccer, and professional wrestling.

With the variety of audience characteristics these niche’s present, expect ClutchPoints to rely heavily on its “by fans for fans” philosophy to forge a path forward.

Reach out to fran.b@taboola.com to learn more about Taboola Newsroom.