Advertisers invest in the channels that their audiences watch. For now, and the foreseeable future, that means mobile.

When it comes to mobile, brands can choose between mobile web ads and in-app ads. With smartphone users spending more than 90% of their internet time inside apps, in-app ads have far greater potential than their mobile web-based counterparts.

This is fantastic news for app publishers looking for new ways to monetize their assets, but advertisers are still hesitating. 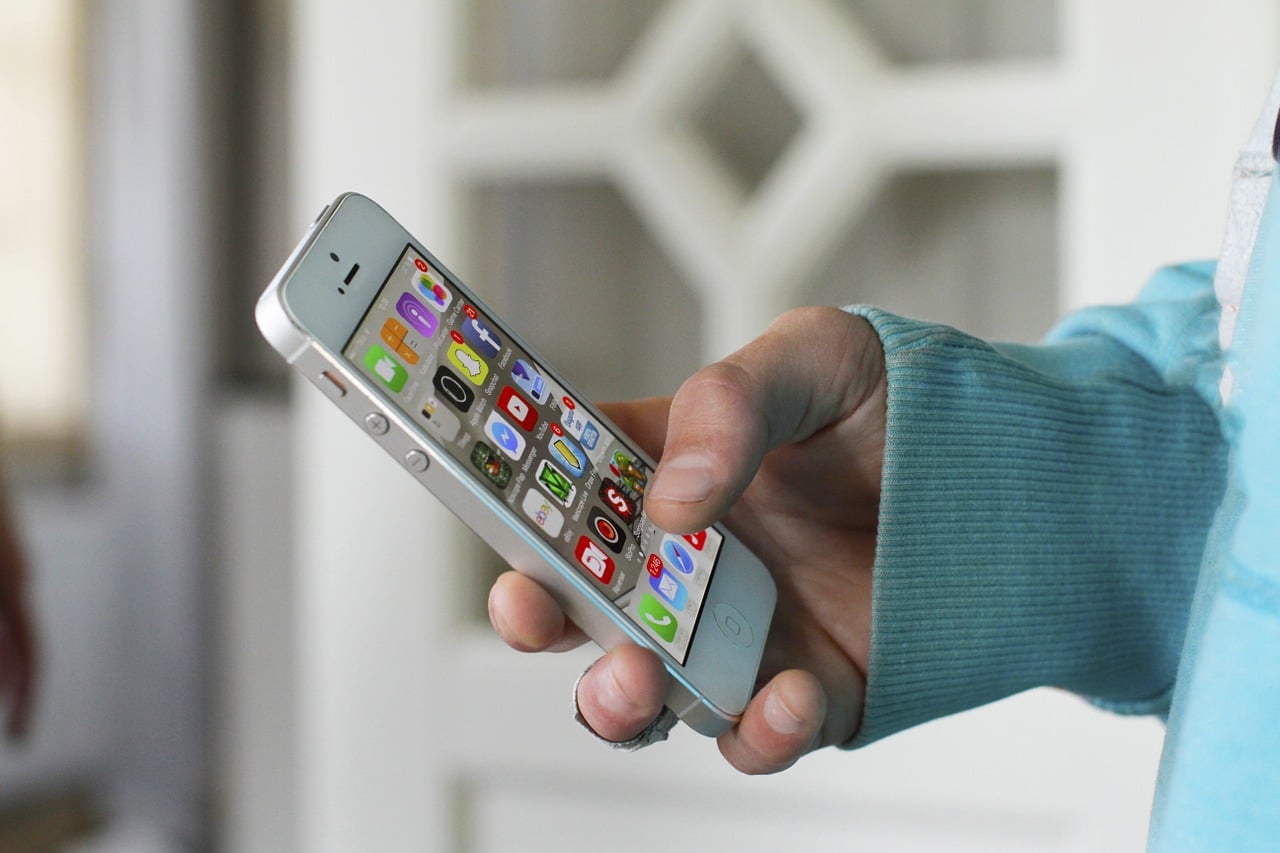 Can advertisers rely on in-app ads?

Ad fraud has been a thorn in the side of advertisers and publishers alike since digital ads began.

Although the industry took a while to understand how to combat online-desktop fraud, desktop environments are now environments where advertisers feel comfortable and confident spending significant amounts of their marketing budget. Today, the industry is working towards the same goal for mobile environments.

Fraud and viewability issues also top the list of advertiser complaints for in-app mobile ads. In the last year, however, players in the mobile advertising industry have come together to push standards forward, creating a safer environment that negates fraud and benefits advertisers and publishers.

Now that advertisers can feel calmer with protections in place, it’s time to look at the huge potential of in-app advertising.

The potential of in-app ads

Every publisher can monetize their app, but a traditional approach, such as a subscription fee, isn’t right for every one.

Charging a one-time fee is another option, but it’s often a barrier for downloads. With apps dominating everyone’s life, offering a free app with ads is a popular alternative for generating revenue.

For advertisers, in-app ads show real promise. Apps have become part of people’s everyday routine, whether viewed over a morning cup of coffee, during the commute home or in the evening while unwinding.

Whatever the time is, it’s consistent and advertisers can rely on this now that engagement with other marketing channels is spotty. 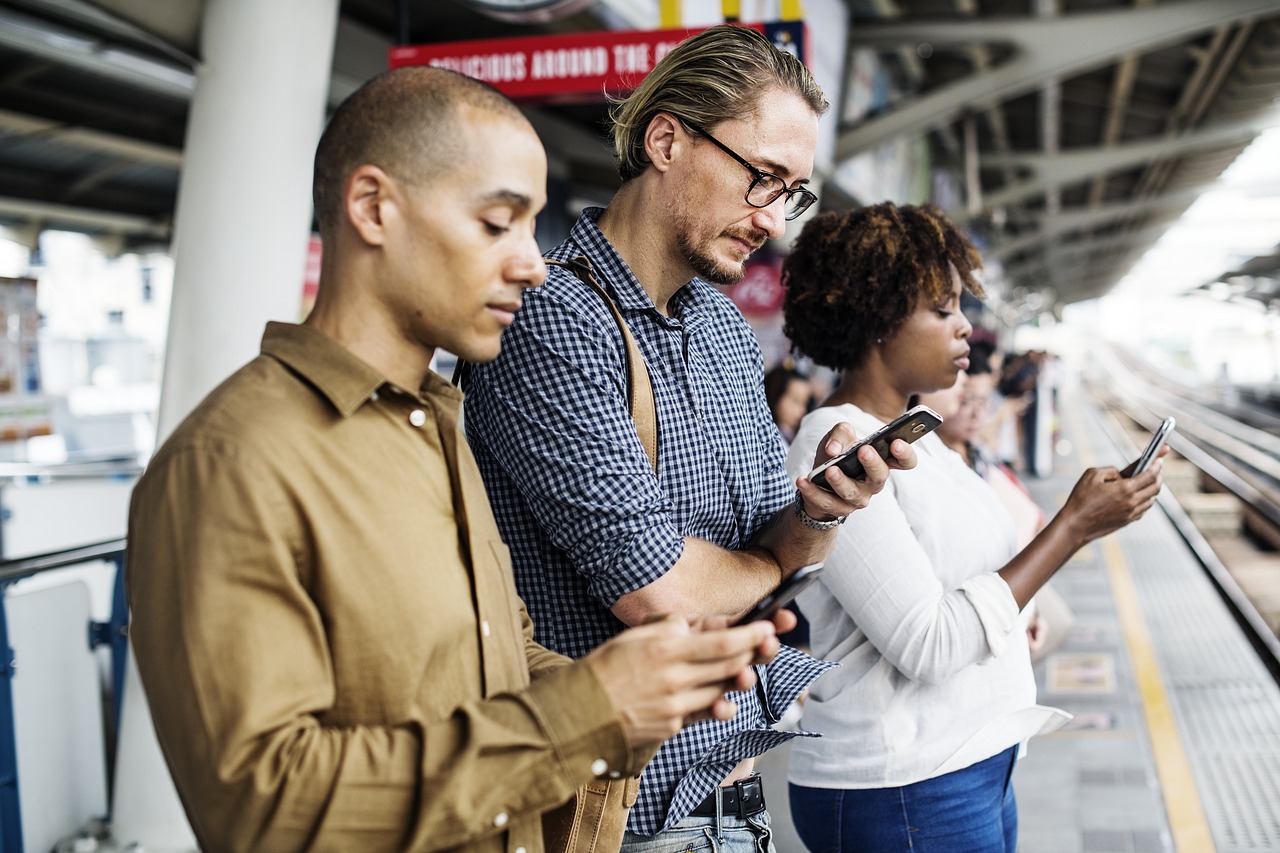 The format of an in-app ad matters

There are many types of in-app ads, but not all are equal. Interstitial ads, once considered a top format because of their full-screen immersive nature, have become ineffective.

One study even found that this ad format had a negative effect, stimulating a fight-or-flight response⁠—viewers were more fixated on finding the ‘X button’ than the ad content.

In contrast, according to the Rubicon Project, in-app rewarded video ads are preferred by 84% of consumers and have a 79% completion rate.

“While the most common use case has been integrating rewarded video ads into mobile games, the ability to incentivize engagement goes far beyond gaming apps. Rewarded video works in social and messaging apps, as well as news and information apps.” – Rubicon Project

This gives brands a real chance to share their marketing messages. And they resonate with viewers.

The click-through rates (CTR) are 2.9 times greater than the benchmark in the mobile industry. It’s a win-win for everyone in the ecosystem, so publishers should make sure they offer them. 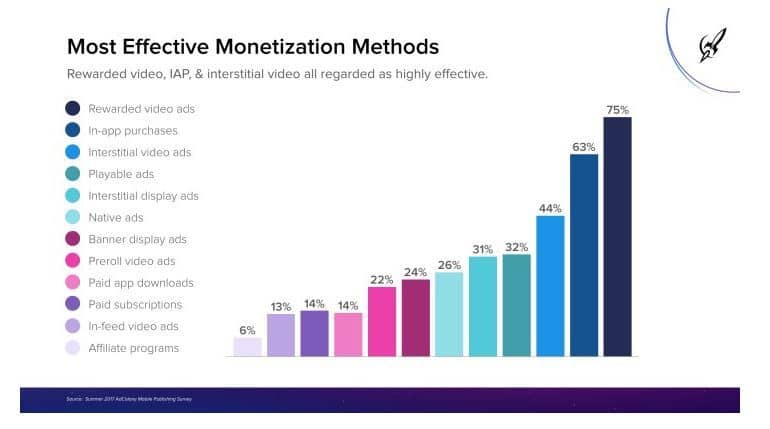 Publishers with gaming, news and music apps can use rewarded video ads with ease, but what about other publishers?

Utility apps, for example, face a different challenge as users often open the app for a specific task and close it when finished. This leaves little room for engagement and in-app ads.

These types of app publishers should look to new opportunities, such as content. By offering users relevant, quality content within the app environment, publishers can expand their monetization strategy with something that creates more value for users.

A CTR model for app monetization

When considering monetization, the format is not the only aspect to consider. The reason consumers tolerate in-app ads so well is because they aren’t disruptive to the app experience. They come at the right moment⁠—after completing an action.

If publishers continue to monetize on a CPM (cost-per-thousand) model, the only way to create more ad opportunities is to sacrifice the user experience with an overabundance of ads.

Instead to maximize revenues, publishers must shift away from the standard CPM model and look to CTRs. Not only does the CTR approach create more ad opportunities for publishers, it also shows advertisers that the app’s users want to engage with the ad content, further proving the in-app ad’s worth.